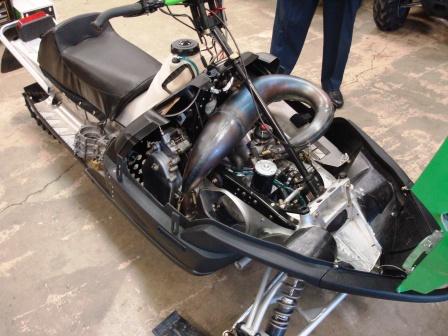 Check out this sweet custom “extra-skinny” Arctic Cat Firecat, built by Irondogger Brad Helwig (and shared with us by Team Arctic’s Micah Huss).

In all his spare time, Helwig built this rippin’ skinny Firecat, which features a single-cylinder 400cc engine. 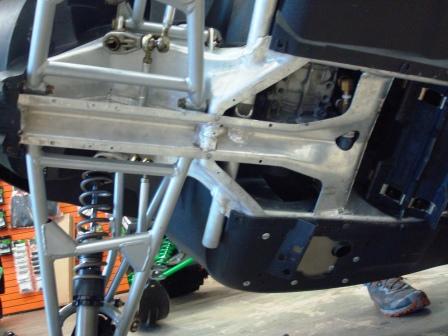 Helwig took 2.5 inches out of the middle of the already-skinny Firecat chassis. 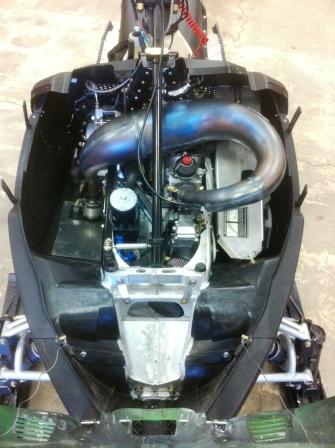 The engine, which began life as an 800 laydown twin, was cut in half and re-welded. The single pipe was constructed from a set of twin-pipes. With the waterpump jettisoned, a servo-motor cycles the engine coolant. 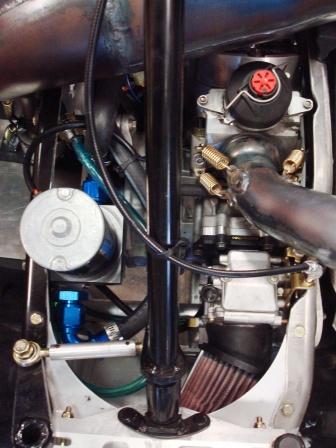 It has a single Mikuni carb, bored to 42mm. Mechanical (non-servo) exhaust valve.

Helwig also swapped in a regular chaincase to ease gearing changes. After all, he knew this rig would require some tuning before it was ready. 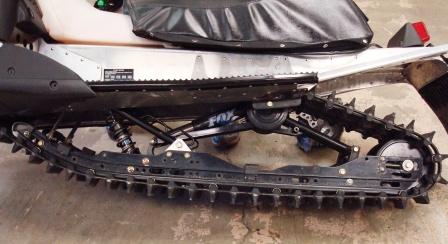 The fuel tank is sized just right at 5-gal. unit 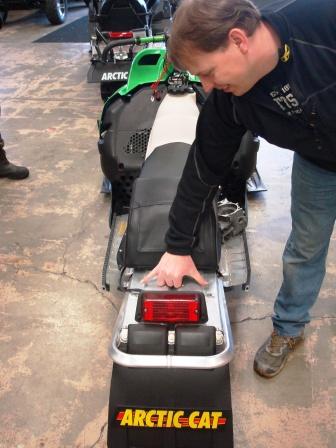 Yep, that’s skinny. I bet this feels A LOT like a motocross bike! 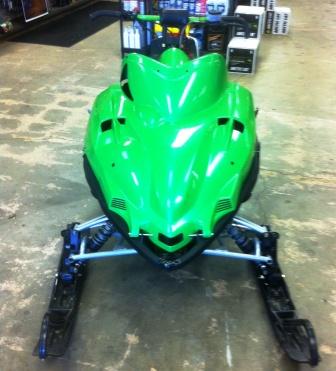 Fircat’s were fast for many reasons, including aerodyamics. This baby would slice through air even better! Like butter. 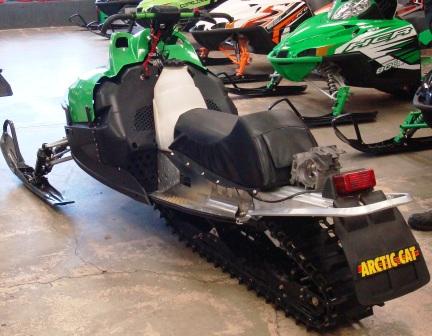 I haven’t talked with Helwig yet, but according to Micah Huss, Brad’s already been riding this baby and getting it dialed in. Cool! 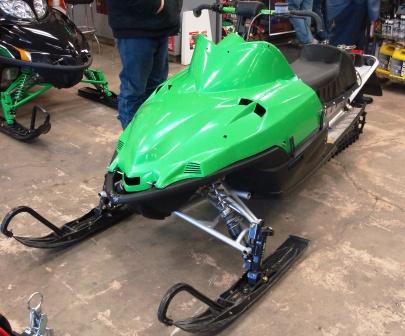