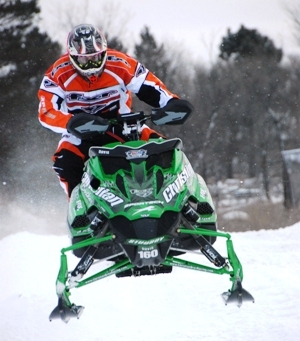 Team Arctic racers rang in the New Year with a helluva bang.

At the USCC cross-country race in Grafton, ND, Team Arctic won 10 of 14 classes.

Cory Davis (Christian Bros. Racing) is proving to be a phenomenal cross-country racer, winning both Pro and Pro Open categories in stunning fashion. Wonder if it helps having ridden for years with his dad?

Look for an official press release from Arctic Cat in the next day.