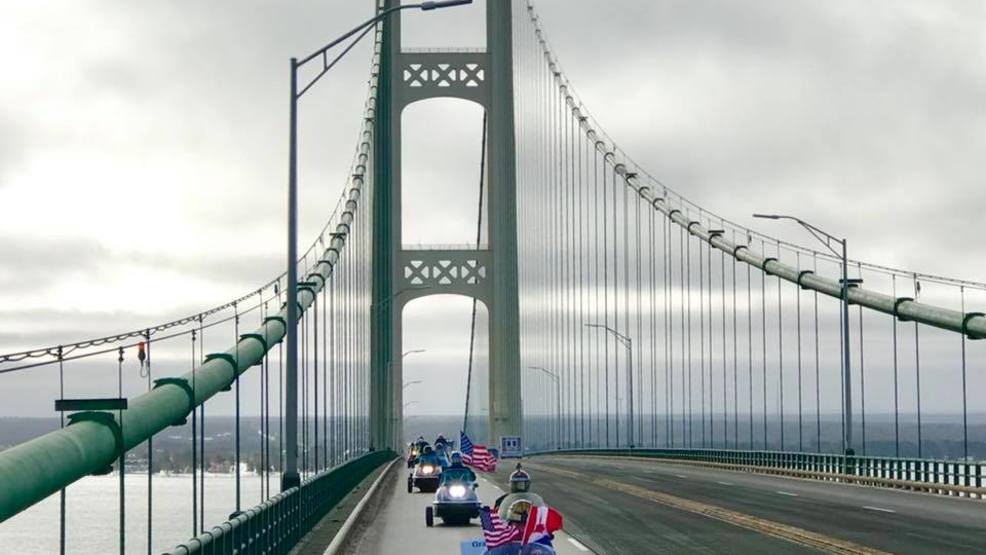 On Saturday, dozens of snowmobilers crossed the Mackinac Bridge, the legendary suspension bridge spanning the Straits of Mackinac (splitting the waters of the Great Lakes Michigan and Huron) that connects the Upper and Lower Peninsulas of the U.S. state of Michigan.

This has got to be one of the more memorable 5-mile snowmobile rides anywhere!

Opened in 1957, the 26,372-foot (5-mile) bridge is commonly referred to as the”Big Mac” and “Mighty Mac. It’s the world’s 19th-longest main span and the longest suspension bridge between anchorages in the Western Hemisphere, and it’s wonderfully iconic bridge in the Great Lakes region.

Organized by the awesome Top of the Lake Snowmobile Museum in Naubinway, Mich., Saturday’s event was the second annual and an homage to the original snowmobile crossing of 50 years ago. The event started in Mackinaw City and ended in St. Ignace. 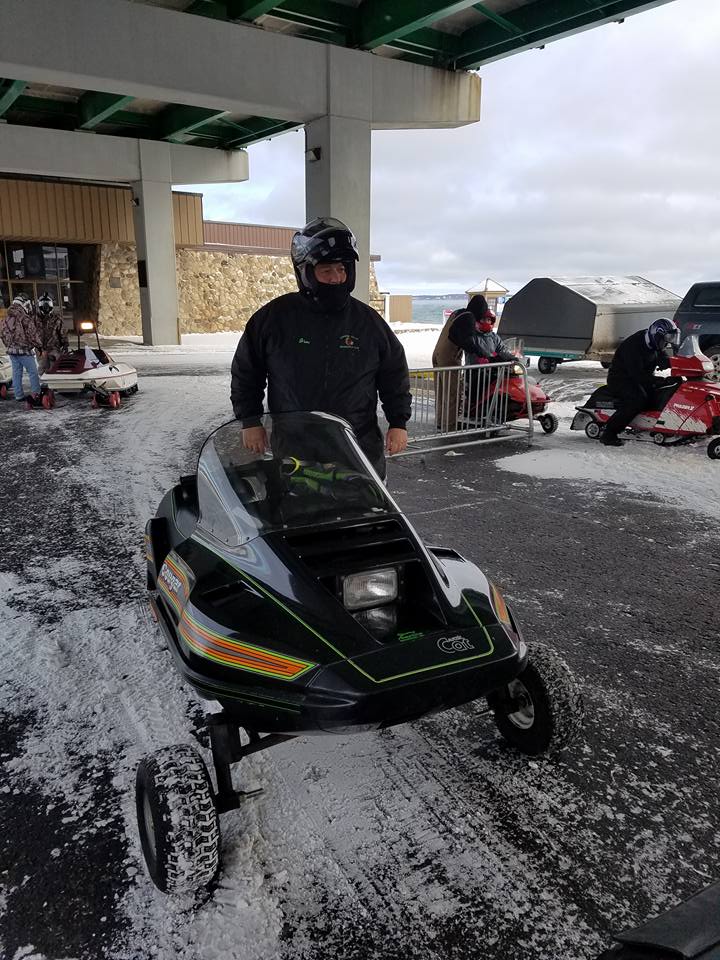 Sleds had to be at least 25 years old and have a front wheel kit to participate. Doug Lubahn qualified with his sweet Arctic Cat Cougar! 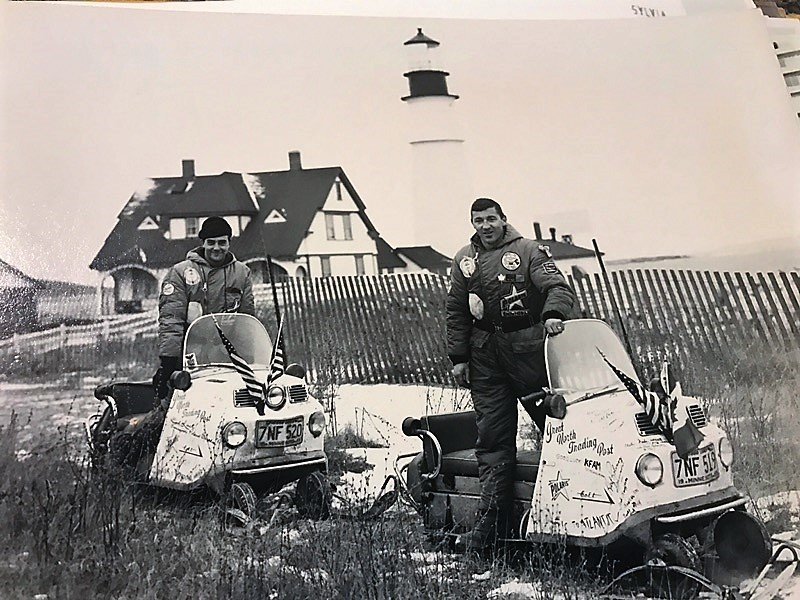 He was one of the two original riders to cross the Mac 50 years ago (above), and he rode his restored 1966 Polaris during this year’s event.

This is the only instance that sleds are allowed on the bridge, however, snowmobiles can cross daily via a program by the Mackinac Bridge Authority that trailers you and your sled north across the Bridge for $10 to access the trails on either side of the Bridge. 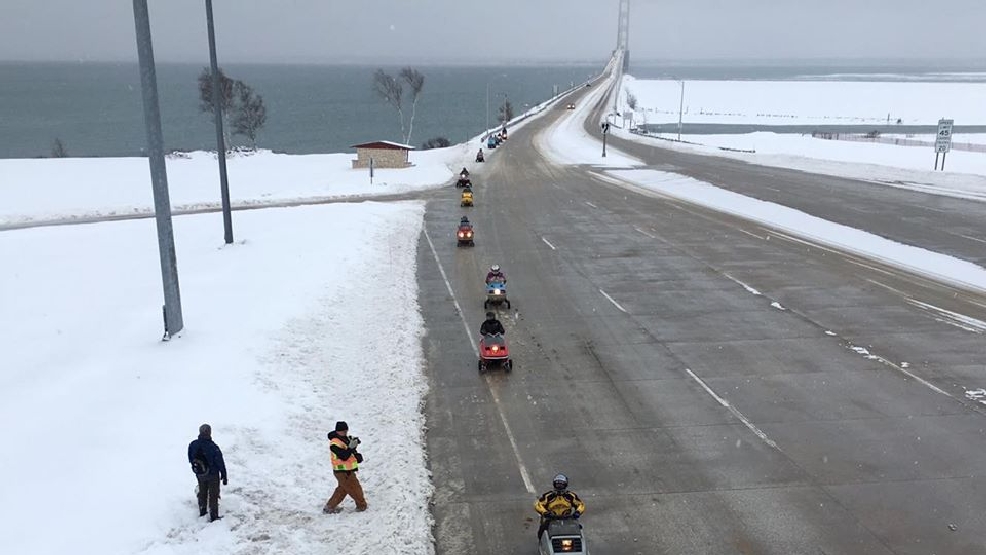