Rewind a handful of years and Arctic Cat’s offerings in the “crossover” segment started getting murky as the category grew in popularity. There were Crossfires and CFRs, XF’s, CrossCountry, CrossTour and HighCountry, Ohhh my! At the time, I clapped knowing AC was filling the needs of a wide variety of riders in the Crossover category, but later, myself and others stood in ovation when the decision came to end the many choices and focus on a true 50/50 crossover – Welcome to the 2020 line-up, RIOT and RIOT X. 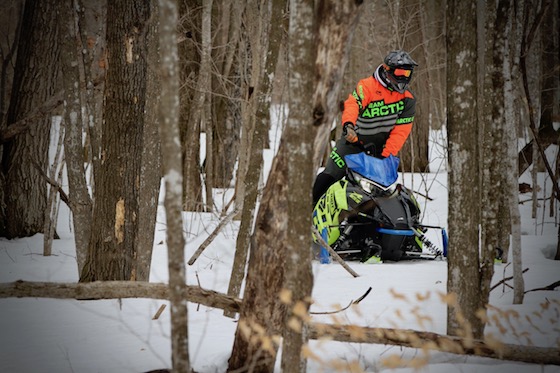 The goal was to build a true crossover to tame the lakes, trails, trees and power lines that are the playgrounds for adventure riders mastering the DNA pulled straight from the M Series and ZR models. 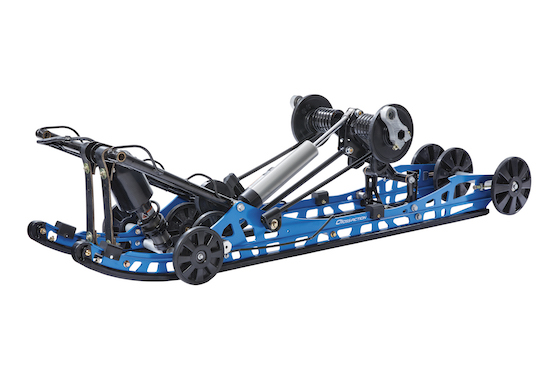 The RIOT models hit the perfect blend of crossover performance thanks to a combination of ARS II front suspension and an all-new CROSS-ACTION rear suspension. The uncoupled CROSS-ACTION suspension provides a playful, smile-inducing ride on the trail or in the trees thanks to its great weight transfer that lifts the skis with every hit of the throttle. 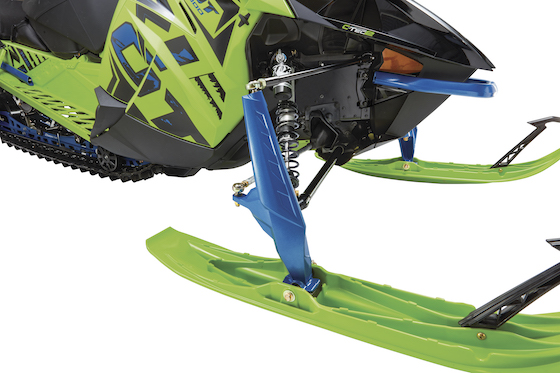 I’ve seen several early comments from owners remarking the RIOT doesn’t have a firm, planted front end when cornering like the ZR, CrossTour or CrossCountry they previously had. If that type of riding is what you primarily do, I would direct you to purchasing a ZR with a 137 skidframe. You can tame the RIOT’s ski lift by sucking up the front limiter strap on the rear skidframe, and in addition spend a pile of money on aftermarket skis and more aggressive carbides, but bottom line, the uncoupled skidframe was designed to transfer, adding a playful nature by dangling the skis. Changing that will bring other compromises.

The ARS II front suspension comes straight off the racetrack where it redefined what precision control and big-bump comfort is all about. New geometry and a new forged spindle are 1.5-in. taller than previous crossover spindles giving the ARS II a trail performance advantage.

Other key features add to Riot models’ signature 50/50 blend of crossover versatility, including the loose/deep snow performance of its 146-in. Cobra track, the all-condition predictability and deep snow flotation of the G2 ProClimb-7 skis with molded boot traction,
a laydown steering post like ZR models, the mountain seat and an adjustable 42-in. to 43-in. ski stance with sway bar. 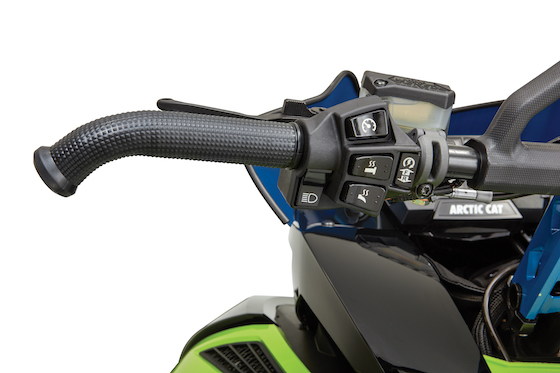 Premium handlebar-mounted controls with optimal ergonomics are easy to use while riding. Control positions are visible on the digital instrument gauge, plus the push-to-start button doubles as the reverse button. The Stealth lightweight brake master cylinder and short-throw brake lever provide enhanced braking performance in an ergonomically comfortable and protected design. 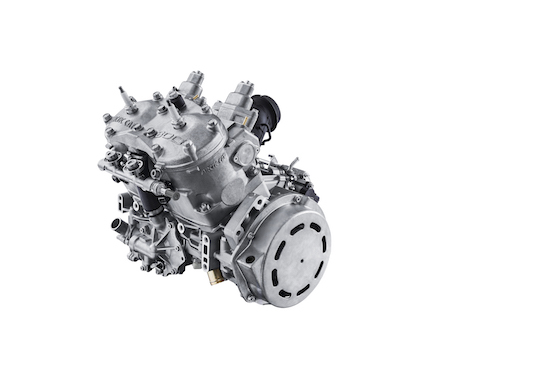 Riders can have a Riot with their choice of C-TEC2 power from the lightweight 6000 (Riot) or Next-Gen 8000 Series (Riot/Riot X) engines with push-button start and push-button reverse, along with choices of 1.35-in. or 1.6-in. Cobra track.

I’ve enjoyed 1,000 miles of flawless performance from the new 800 engine. To be honest, I think the Next Gen 800 compared to the 800 before it (with slotted piston) feel the same power-wise (A dyno might say different, but I’ve never ridden a dyno). Mostly, I think the uncoupled skidframe adds to the sensation that the new 800 is faster due to its transfer when hitting the gas. (The part I enjoy most)  Regardless, the engine is really strong, really smooth, and really quiet – three attributes I appreciate, as well as the added bonus of better oil and fuel consumption. 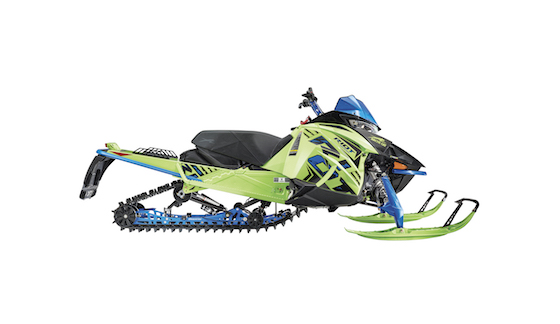 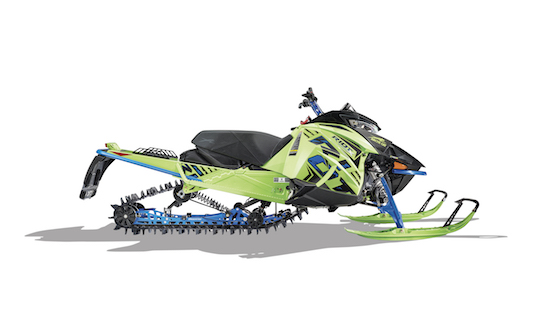 I have the RIOT X which differentiates itself for those who want to venture into steeper and deeper snow. The X boasts the lightweight front Arctic Mountain Suspension (AMS) featuring mountain spindles and geometry for easy carving in snow and on hardpack. Its adjustable 39.5-in. to 41.5-in. ski stance and vertical steering post deliver excellent side hilling capability and confident handling in a wide range of crossover conditions, especially when gripping snow with the new 2-in. Challenger track. 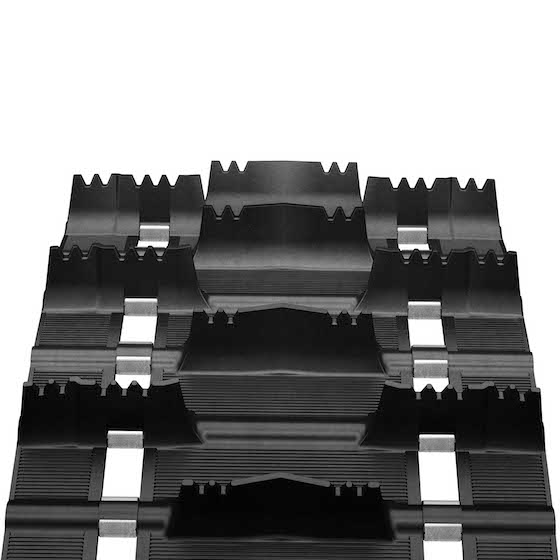 On the trail though, I’ll admit the RIOT X is a true handful for me when hauling the mail versus the RIOT. I struggle with vertical steering posts for trail riding, but I remind myself, the X was built to perform in deep snow versus the RIOT with the laydown post and wider ski-stance which performs better on-trail.  When the ride transitions to playing in deep powder and stand-up riding on a RIOT X, that’s when I sing the praises of the vertical steering. (Nothing beats it). Again, we are back to trade-offs of a 50/50 crossover. It’s up to you to decide where you spend more of your time playing. 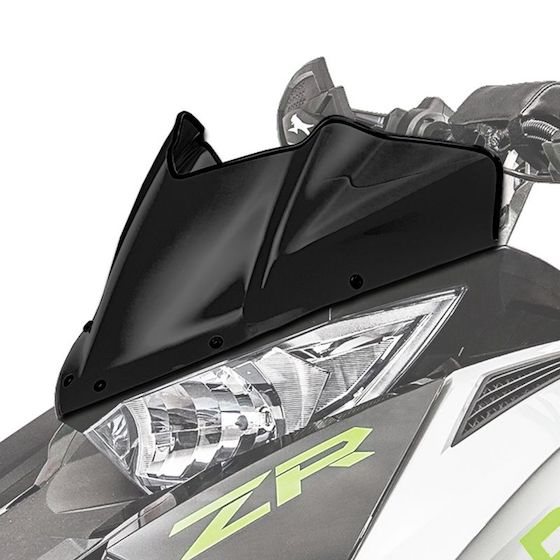 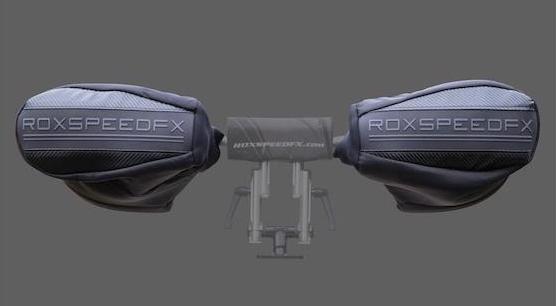 Now that I’ve had some fun on the 2020 Riot X in stock form, I’m going to sex it up a bit with some easy bolt-ons you can do at home. Anything you would like to see? For starters, this bad boy is getting some type of windshield and hand protection! By the end of the week, Ill post some further thoughts on my experience with the 2021 RIOT X with Alpha single beam rear suspension and how it compares to the 2020. 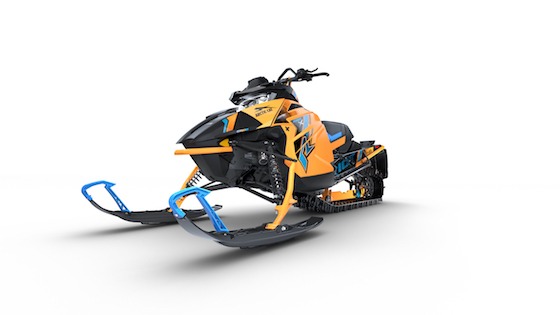