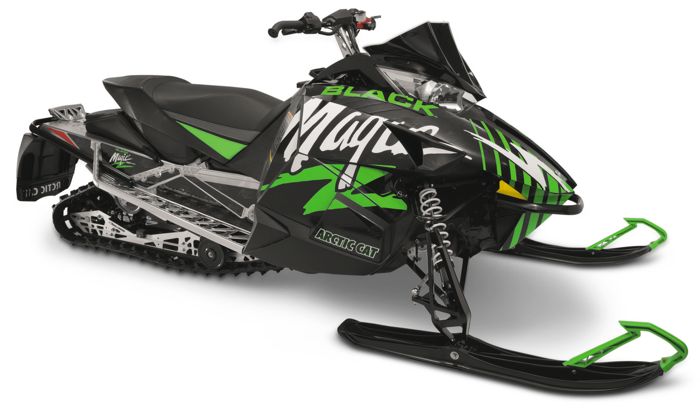 Back when Edgar and I were designing the Panther, nobody ran decals on their sleds.

Later, when Roger and I were tweaking the first prototype El Tigre, people ran the square registration decals purchased from the hardware store.

It was during the early 80s when I was helping Z put the final touches on the first AFS Cats that going full-custo with painted pinstripes and registration numbers signified that you were a serious sledder.

And when Kirk and I were imagining the Torque Sensing Link for the ZR line, die-cut vinyl became the new standard for sled sweetness.

These days, you gotta have a wrap.

Several new wrap options are now available from Arctic Cat, who says this about the them:

Set apart the visual style of your 2012-2014 Arctic Cat ProCross or ProClimb with one of four new Cat Wraps from Arctic Cat. The OE-quality vinyl is screen-printed with UV-resistant metallic inks for color accuracy, durability and longevity. They’re sized and cut to the exact dimension of the OE surfaces to ensure the most accurate fit. Available in unique Strobe, Black Magic, Scatter and Chaos styles and multiple colors for both the hood and tunnel. The MSRP for the hood kits is $199.95 U.S./$229.95 Canada while the tunnel kits are $99.95 U.S./$115.95 Canada. 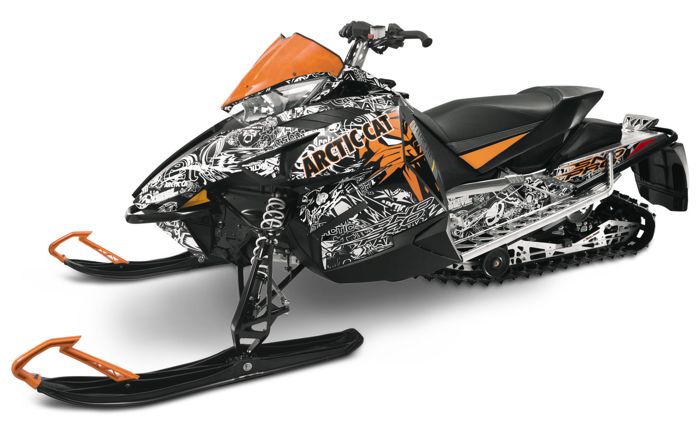 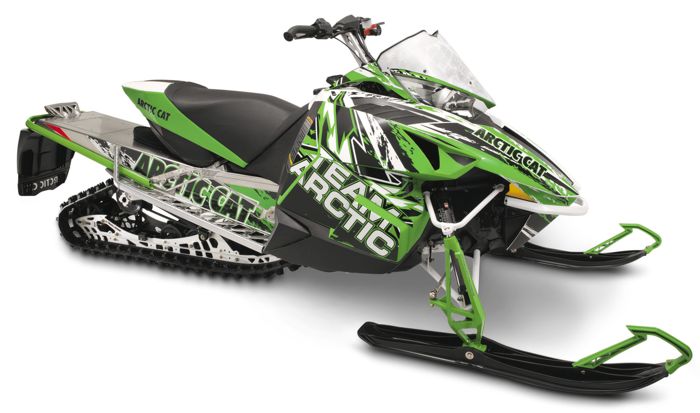 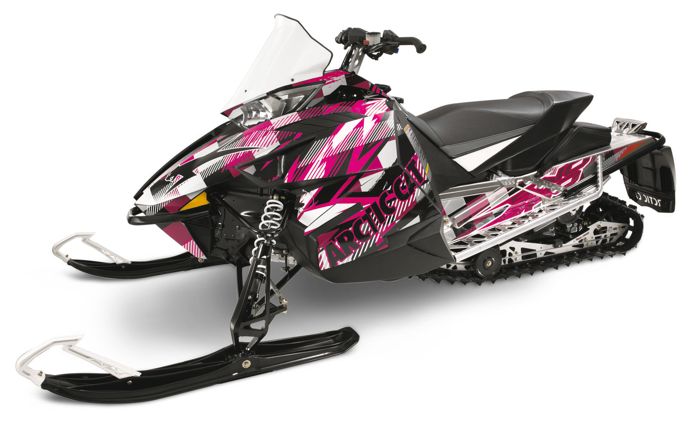 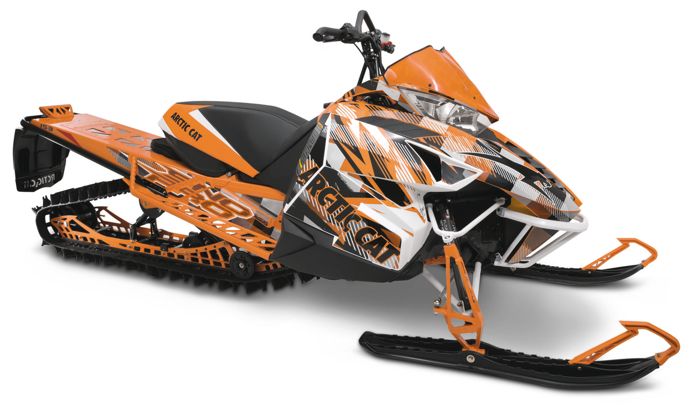 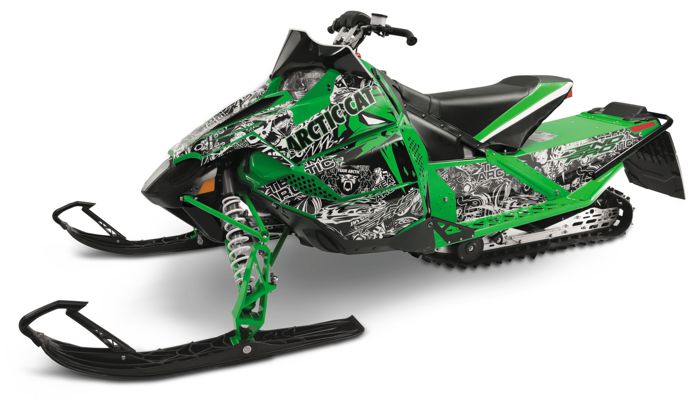 Cat Wraps are available now at most Arctic Cat dealerships and through HERE at the Arctic Cat online store. 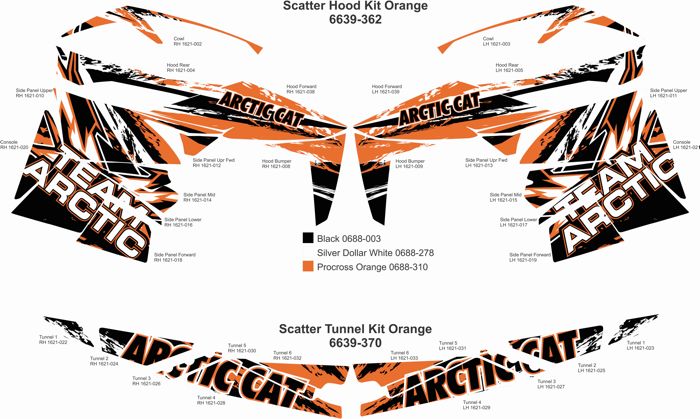