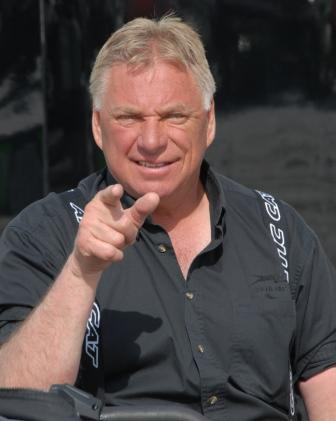 While the Team Arctic Racing program has a long history of excellence, its success during the past 20 years has been particularly impressive. One of the people we can credit for that success is Al Shimpa.

Originally thrust into the limelight as Kirk Hibbert’s mechanic in the early 1990s, Shimpa has filled many vital roles within the hallowed walls of the Team Arctic Race Shop. These days, Shimpa (60), of Euclid, Minn., is the Drag & Hillclimb Race Coordinator, and he’s responsible for helping the contingent of racers who go from Point A to Point B quicker than the competition.

AI: Tell us about your current job, and what it is that you do?

Shimpa: I provide race support to all of the Team Arctic drag racers and hillclimb competitors. That means everything from working with 15-20 racers in-person at events, to helping them via the telephone during the week. The specific help I provide is sharing information about machine set-ups and calibration. From January through March, I live and work in Island Park, Idaho, focusing on our hillclimb race effort, which involves about 60 racers.

AI: Do you help only the Pro racers, or anyone on an Arctic Cat?

Shimpa: I work with everyone who races Arctic Cat in an ISR-affiliated circuit, whether he or she is a Pro, Sport or Junior class racer.

AI: Are you doing the actual clutching, suspension and other set-ups, or do you provide more of an advisory role?

Shimpa: It’s more of an information-sharing role. I work with the racers who provide me with their set-up information, and I share that with the entire team. The system works when everyone is open, because many teams can test so many more ideas than just one or two teams, so our strength is in our openness with one another. The one mechanical role I do fulfill is building ECU (electronic control unit) programs, which means EFI and ignition maps. What we use in competition is different than what the stock sleds come with, and we’re constantly tweaking the program for conditions. At each race we have one ECU program that everyone uses. 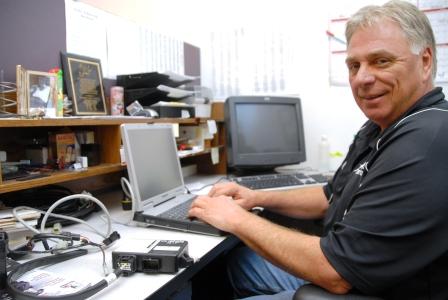 AI: Hmmm, how can I get one of those special top-secret programs for my sled?

Shimpa: (Laughs) You can’t. Well, you could, but you have to be part of the Team Arctic race program, and we get the VIN number of every sled that we work with, and then void the warranty on that sled. These ECU “race” programs make for a quicker sled than stock, but they won’t live much longer than the short distances they see in competition, and they require many other changes to fuel, clutching and sometimes gearing. If we changed the ECU on a stock sled and sent it across the lake, it would likely burn down before seeing the far shoreline.

AI: No thanks. What can you tell me about the racers who win. Are they using some secret sauce?

Shimpa: I’ve gotten to work with many of the most successful racers over the past 20 years, from Kirk Hibbert to D&D, Ron Gilland, Glenn Hall, the Tapio and Zollinger families… and so many others. Without question, the only true “secret sauce” is hard work and testing. The racers who win and finish on the podium are the ones who test, test and test some more. That’s the secret.

AI: Can you put into perspective how important testing and having the “right” set-up is to racing success?

Shimpa: In winter drag racing on ice, the difference between a good set and a great set-up is two sled lengths in 500 feet. On grass, the difference is much closer, like maybe one-half or one sled length. In hillclimb, the top-10 racers can be within one second! So it’s very, very close.

Shimpa: That was a very special time. Those first couple years working together, we were on the Prowler Special, which wasn’t a great race sled. We worked so hard to make that sled competitive, and we were at a disadvantage. We developed kind of an underdog status.

Then we came out with the ’93 ZR, and all of the sudden we had a sled that couldn’t lose, and a driver (Kirk) who rode it with amazing talent. That sudden turnaround created so much energy and enthusiasm; it still gives me goose bumps.

That entire period was so intense… the battles with Polaris and Jack Struthers… the pain of Kirk hitting the tree with the Prowler Special in the ’92 I-500 when it was likely he was going to win… then going on to dominate with ZR… it was very intense and satisfying. Everyone at Arctic Cat was completely dedicated to the cause, and we went from underdogs to over achievers, pretty much dominating every form of racing. 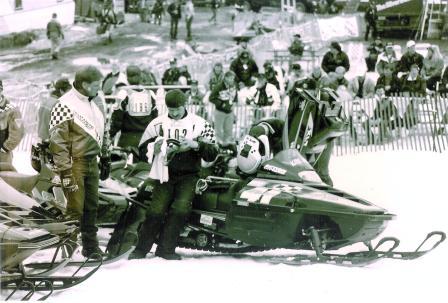 AI: I agree completely, and you reminding me of those stories gave me the goose bumps! We’ve been so dominant in the past 18 years that I sometimes forget that it wasn’t always this way, and the pendulum swing in cross-country/terrain racing ushered by the ZR was truly amazing.

Shimpa: Polaris had such a strong race program in the 1980s and early ‘90s, and in comparison we were pretty small, with far fewer resources and drivers. It really felt like it was David vs. Goliath, and to start winning in cross-country, snocross and hillclimb like we did, it was something special.

AI: In addition to your fondness for the early ZR period, what other sleds or memories are extra-special for you?

Shimpa: For sleds, I have very fond memories of the original Thundercat, the 2003 F7 and again with the M8 HCR. Those three sleds were really special, and we won a lot of races with them.

As far as racers go, the people I work with now are just as intense and just as dedicated as any racer I’ve worked with over the years. That’s what is so special about racing: the intensity and dedication. Plus, there’s nothing like the excitement of racing, especially the first race of the season, or the biggies like Haydays and Jackson Hole. 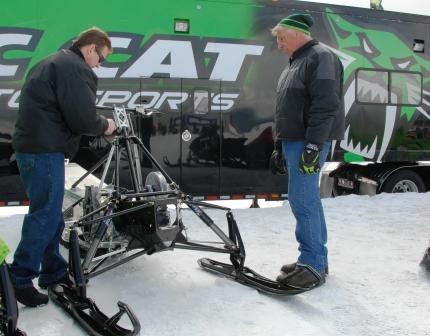 AI: Okay, I know that drag and hillclimb race coordination is your primary job, but you also do a few other projects at Cat that are pretty cool. I’m thinking of Snow Shoot and some of the prototype stuff you’ve been involved with over the years, such as the concept Sno Pro 500.

Shimpa: Yep, for nearly 20 years now I’ve been the guy in charge of keeping all the Arctic Cats in tip-top shape at the Snow Shoot magazine photo shoots each spring. That can be a really fun job, or a really frustrating job depending on how the riders treat the sleds.

I can remember one time in the mid-1990s when you took a sled for a ride and came back with it smashed up!

And yes, I’ve been involved with building early versions of some sleds, like the concept Sno Pro 500 that we created in the late winter of 2008 or 2009…I forget what year it was. I’ve played a hand in a few prototype sleds over the years, and that’s always interesting.

AI: Thanks for reminding me about busting up that sled…I hoped you forgot about it by now. And thanks for taking the time to talk with me about your job. It’s always fun chatting with you.

Shimpa: I never forget the sleds that get banged up! And you’re welcome.