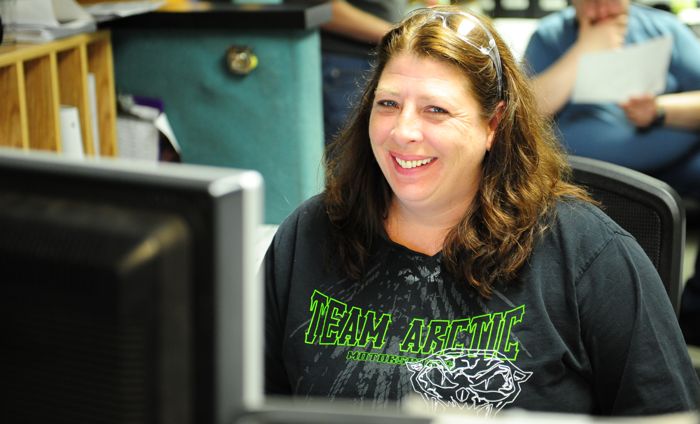 For the gears to turn smoothly and on time at a company like Arctic Cat, there must be people whose job is to create and adhere to a master plan. Michele McCraw is one of those people.

As a BOM (Bill of Materials) Technician for all High Performance models snowmobiles, as well as the Controller/Coordinator for the Sno Pro race sleds, McCraw is responsible for the documentation of 62 current model snowmobiles, plus a large number of prototype and future model year sleds. It’s a huge responsibility that’s critical to the assembly and specification documentation of these snowmobiles.

Despite some reluctance to do an interview (Michele is VERY humble and prefers to be away from the spotlight), she eventually agreed to answer some questions about her job and history with Arctic Cat. 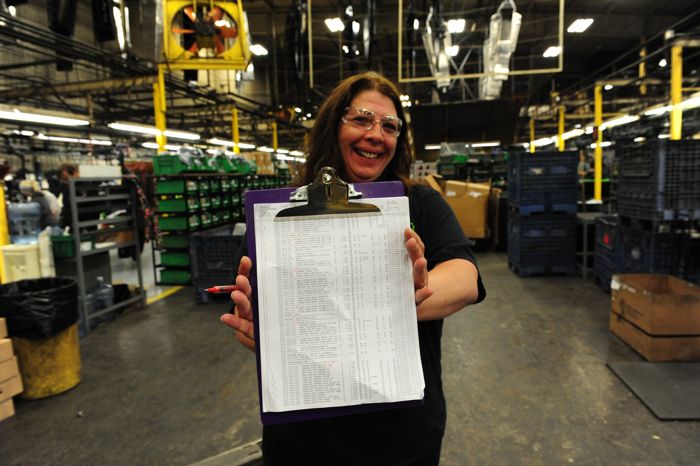 Michele holds a Bill of Materials (BOM) for a 2015 Arctic Cat.

AI: Okay Michele, let’s start by you explaining what your job is in Arctic Cat Snowmobile Engineering?

McCraw: In a nutshell, I’m the person who handles the documentation of all the High Performance sled components, schedules and assembly requirements.

Every snowmobile we produce has documentation assigned to it, referred to as the Bill of Materials (BOM), which is a complete list of every single part used to assemble the sled. I’m responsible for developing and maintaining the BOM for all the High Performance model snowmobiles, as well as the race sleds. The BOM is an evolving blueprint that changes as we enter pre-production of a given model, and then perhaps again between the pre-production sleds and the final production sleds.

I’m responsible for the schedule to create and finalize each BOM for each model.

Likewise, every model also has an assembly sequence requirement, as well as particular ways of assembling the various components, which I’m also responsible for on the High Performance models.

The BOM and assembly requirements are critical for the manufacturing of our machines, and thus I’m working closely with many key departments within the company, including

Specifically, I observed the manufacturing assembly process of the High Performance models and then recommending corrective assembly action if needed; If improvements are needed, I ensure the documentation of these changes and confirm that they’re implemented; I work with Purchasing to ensure they are immediately informed of changes to the BOM. I work with Service Parts to ensure proper communication for all of the parts required for High Performance models. And finally, I work with Publications in the documentation of the race sled operator’s manual; as well as High Performance sled manuals and parts books.

McCraw: For 2015 model year we’re currently tracking about 4600 part numbers for all the high performance models. It all depends on what model it is, but there are anywhere between 1,800 to 2,200 different part numbers in a bill of material, however, each machine features multiples of many part numbers, so the total number of parts on each sled is higher. For instance, a 2015 ZR8000 Sno Pro is comprised of 3,576 parts and 1,838 unique part numbers.

AI: Are there any part numbers on the current ProCross chassis that have carried over from previous generation sleds?

McCraw: Indeed there are a few parts that go back to the 1970’s. 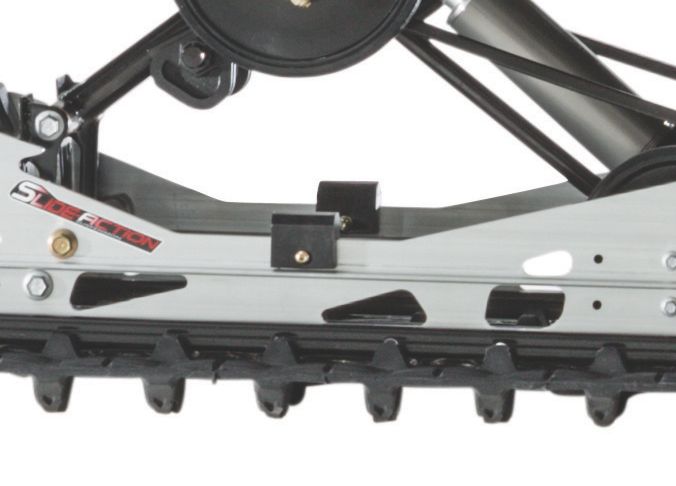 The rubber pad that attaches to the rear of both rails for when the suspension bottoms out… it first appeared on the 1975 El Tigre Z and it’s still used on all current ProCross skidframes.

Likewise, the rubber seal that fits inside of the gas caps of all ProCross sleds made its first appearance on the 1976 El Tigre Z model.

AI: Cool! I know from seeing you talk with other engineers that you have memorized what seems like hundreds and maybe thousands of part numbers over the years? Do you have part numbers memorized from back in the original ZR period?

McCraw: Fortunately (and sometimes unfortunately), yes, I have memorized a lot part numbers over the years. I mostly focus on current production year part numbers, but for some odd reason a bunch of the old ones still stick in my head.

AI: Right now, is your focus mainly on sleds in the current production year, such as the 2015 models, or are you also working on future machines?

McCraw: I’m done with model year 2015, other than observing the production line when it switches to a High Performance model. Most of my time right now is spent working on 2016 and 2017 models.

AI: What’s your educational and professional background, and when did you first start doing this work with Arctic Cat?

McCraw: I have an AAS degree in Accounting and Business. I first started working in the sewing plant at Arctic Cat in 1988. I left in 1991 and then returned in 1993 working in hood assembly for six months. After that I worked as an administrative assistant in the Data and Documentation area until 1997, when I began my role as Coordinator/Controller BOM technician.

AI: From what I’ve seen of you over the years, your work is often the unseen backbone of more visible engineers like Brian Dick, Troy Halvorson and Kirk Hibbert. And each of those guys has told me that your expertise is critical to their jobs performance. How would you characterize your role as it relates to the lead engineers like those guys?

McCraw: I just do my job and never worry about getting any attention for it, which is how my parents raised me. They always taught me to work hard, get things done and to play hard. For the most part, the people I work with have and continue to make my job fun and easy to do. But like every job, mine too can sometimes be very challenging. The people around me are very talented and fun to work with. They are the probably the main reason why have I have stayed in my current position for so long. 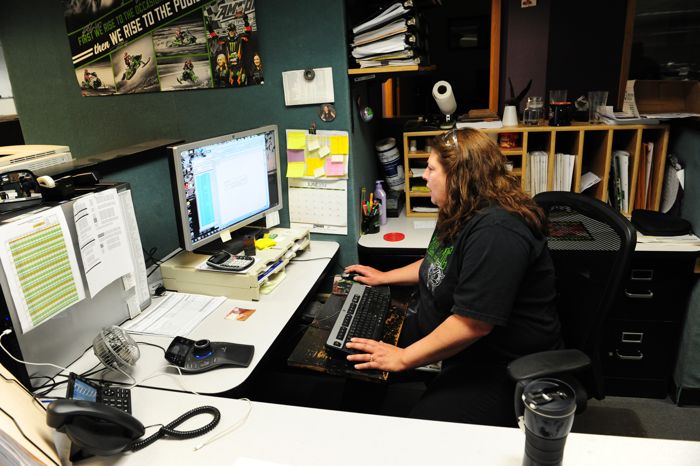 AI: How has your role evolved since you started doing it, in terms of process and/or the tools you use?

McCraw: When I first started in engineering there was only one CAD (computer-aided design) station. Almost everything was still being done on drawing boards, a good old-fashioned blueprint machine and one small copying machine.

Today we have multitudes of CAD stations in Snowmobile Engineering, and many copy/print machines that allow printing of 44-in. roll-size drawings of any length. The amount of information that we process is far, far greater, which enables us to produce more models in greater variations, as well as speeding up the development cycle. 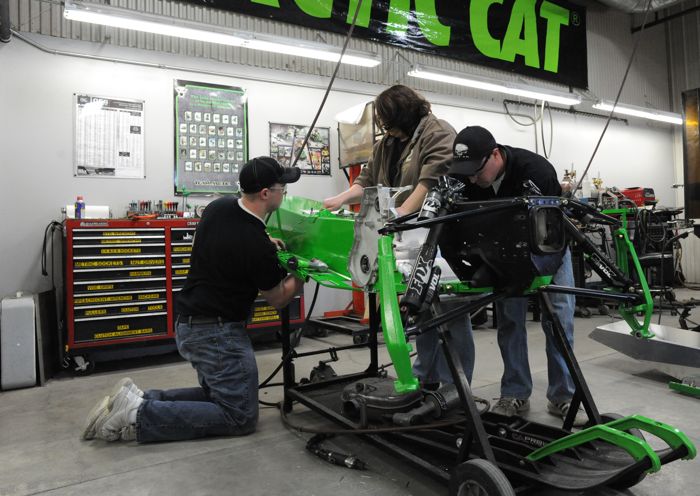 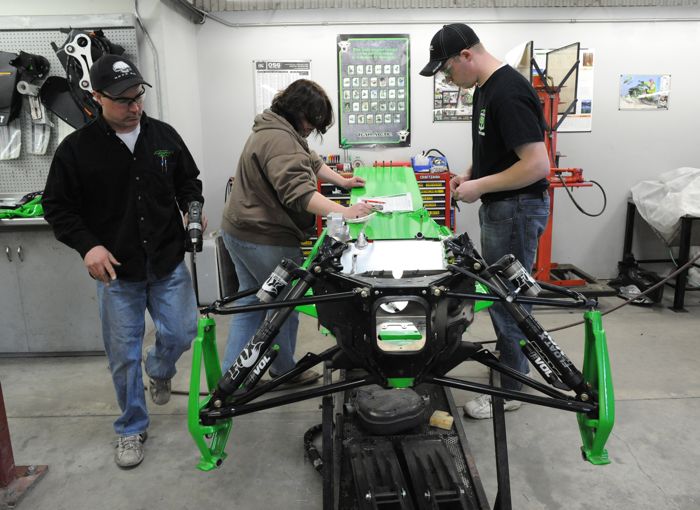 AI: Many times I’ve seen you in the engineering shop, assembling a snowmobile starting from a bare chassis. What are these occasions and how often do they occur?

McCraw: Often times I’ll help assemble a prototype or pre-production machine. This helps for me to visualize new components, as well as ensure that the BOM and assembly sequence is correct. This hands-on experience is great and something I really enjoy.

AI: Your husband Mark also works at Arctic Cat. What’s his role at the company?

McCraw: He works with the fuel systems group in ATV Engineering. 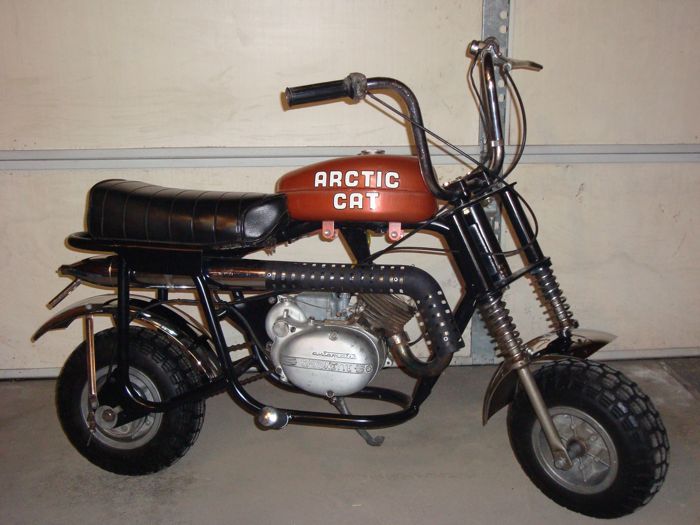 Pre-Resto (top) and Post-Restoration of the Arctic Cat mini bike.

AI: You two restored the Arctic Cat minibike that you had as a kid. Tell me about that project?

McCraw: In the fall around 1976 or 1977 I parked the minibike in an old granary at the farm where I grew up. Then I kind of forgot about it. Fast forward to Thanksgiving of 2009 or 2010, when I asked my dad where it was. He replied, “Exactly where you parked it 30 years ago!”

Sure enough, it was still sitting in the granary. And it needed some work.

Our first priority was just to get it running, which took a couple days. Mostly just tearing apart the Sachs-O-matic engine and cleaning the carb. After that we tore apart the entire machine. We repainted what was solid and scoured the planet for parts that needed replacing. We would like to say thanks to the legendary Mr. John Anderson for all his infinite wisdom. 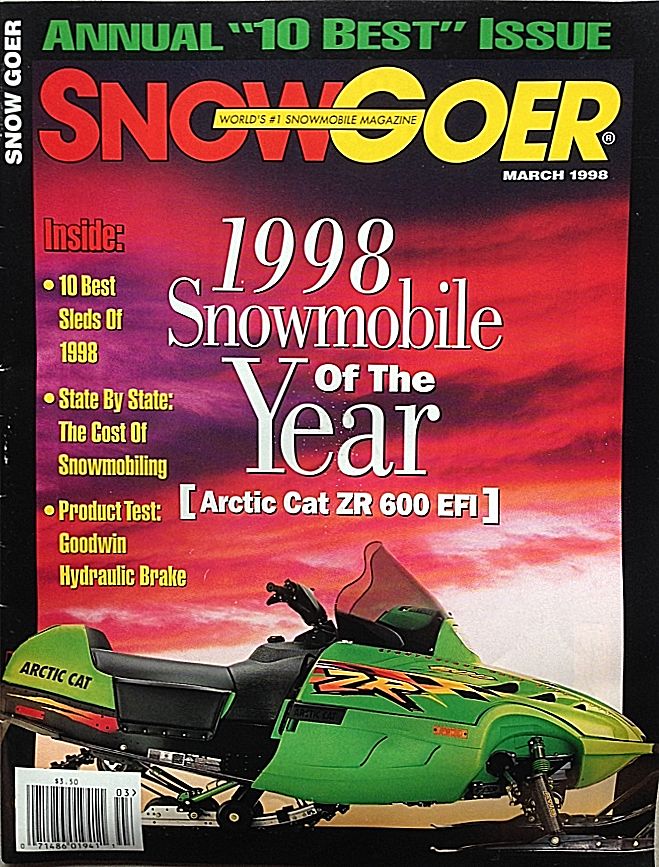 McCraw: I have a lot of favorite sleds, but my all-time favorite is the 1998 ZR 600 EFI. It was the first completely new sled that I worked on, plus it received the Sled of the Year award from Snow Goer magazine, which made me very proud.

AI: Do you ride snowmobiles for fun, outside of work? 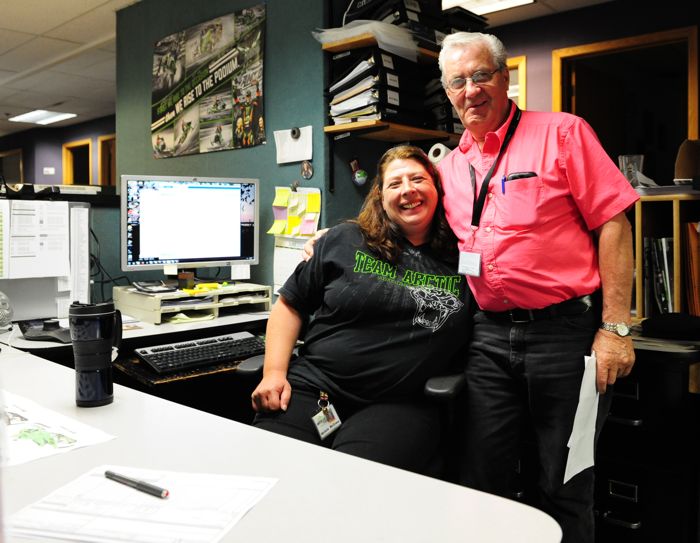 AI: I know you could tell me awesome stories about a lot of engineers, but I’m going to confine it to Roger Skime. What’s a Roger story that you’d like to share?

McCraw: Oh my goodness, the stories I can tell! (Laughter)

My desk is just outside of Roger’s office, so of course I see and hear him every day he’s here. And I love that, because he’s a great person who has had a huge impact on my life.

I came here fresh out of college and have worked next to him for 21 years. Every morning he says hello with a smile on his face, which always puts me a good frame of mind. Roger isn’t just a co-worker, he’s a friend. And working alongside a friend like him is a blessing.

As for a story, the one that just popped into my mind was from the 2015 dealer show this past spring. I was going to give my first-ever speech at a show and, of course, I was terrified. Roger saw that and took me aside and gave me a pep-talk, calming my nerves enough so that I could actually talk in front of everyone.

That’s one of his many great gifts… to make people feel good about themselves… to give them confidence.

AI: That’s awesome! Thanks for taking the time to talk about your job Michele. I appreciate it.

McCraw: No problem, thanks for the opportunity.