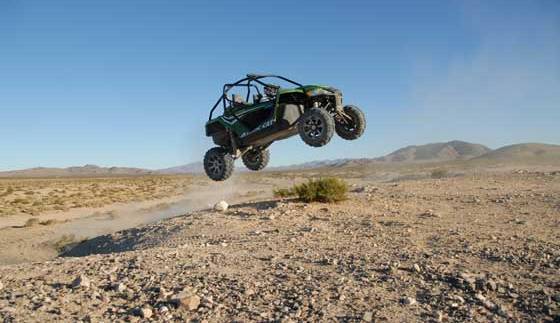 I was going to write this report about the new 2012 Arctic Cat Wildcat a month ago, when I’d literally just gotten out of the driver’s seat following a full day’s ride in Barstow, Calif.

I chose to wait a month to see if I was simply caught up in the tremendous excitement of the day. Perhaps my enthusiasm would wane? 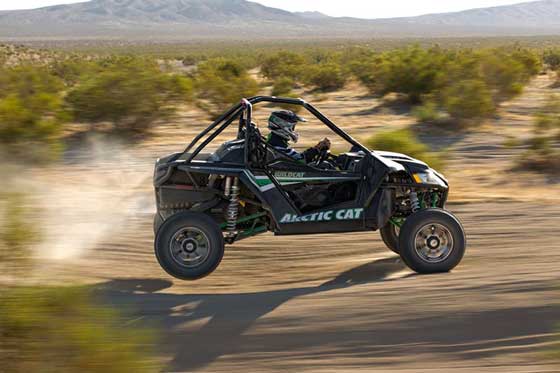 Full disclosure: When it comes to experiencing vehicular-thrill, my first choice has always been snowmobiles, followed closely by motocross/enduro motorcycles. ATVs and Prowlers never exactly tripped my thrill trigger. Great for work, hunting and mudding, but not what I wanted to bomb down trails. Too clumsy, heavy and compromised. 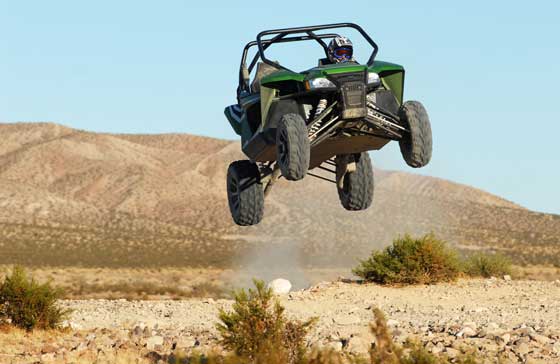 The Wildcat is the first production vehicle that completely changes my opinion of riding on four wheels. Going 50 mph through a quarter-mile of 3-foot whoops – skipping off the tops with ZERO harsh impact on my body – was bound to alter my perspective. If not that, then what sealed the deal was power-drifting through an endless series of turns, launching off of the equivalent of 5-ft. tabletop jumps (and landing with a smooth “whoosh”) and crawling up rocks/ledges that made my Minnesota/flatland fanny pucker.

Here are 10 specific observations about the Wildcat, plus my added Wish List: 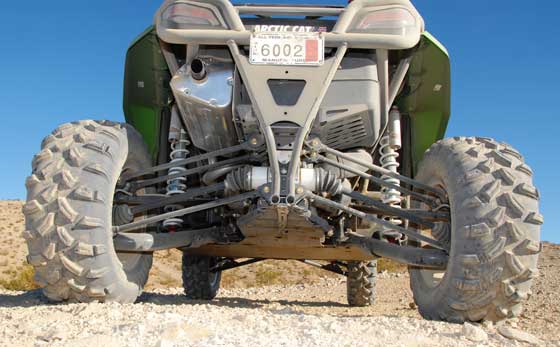 1. Suspension: More than anything else, the Wildcat is about suspension performance. With 17 inches of travel on the double A-arm front and 18 inches on the 5-link rear (both dampened by 16-click compression adjustable Walker Evans units featuring spring preload adjustability), this is a machine that soaks up the wicked stuff on a level similar to the custom desert race buggies. But those race buggies have price tags equivalent to a fleet of Wildcats. 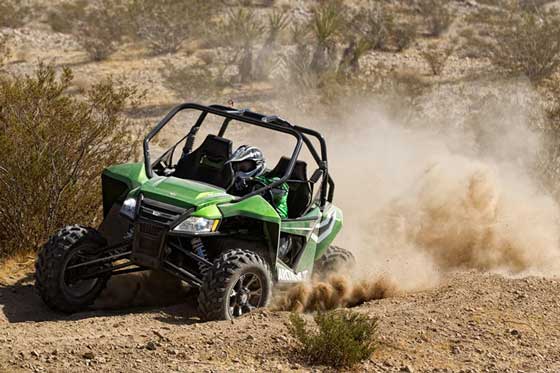 2. Electronic Power Steering: Effortless steering control is a beautiful thing, whether it’s when you’re in 4wd and crawling or full-tilt boogie through ruts, whoops and whatever else. 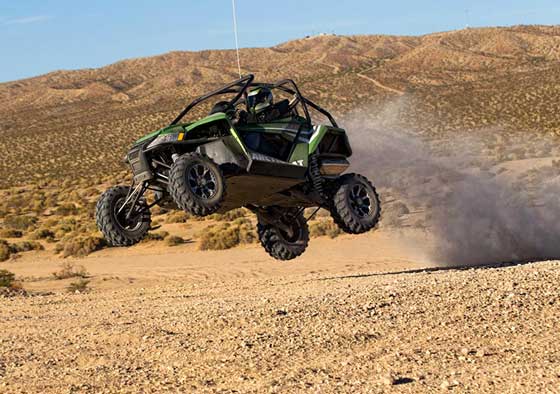 3. Cat-Like Landing: In the feline sense, the Wildcat lands on its feet. I did a couple dumb things to the Wildcat along the 5-mile Barstow course (which is the popular testing grounds for many SoCal desert racers). Really dumb, actually. But despite being nearly sideways at roughly 30 mph, several feet high in the air, the Wildcat landed and instantly corrected my idiocy. It made me look like a hero. 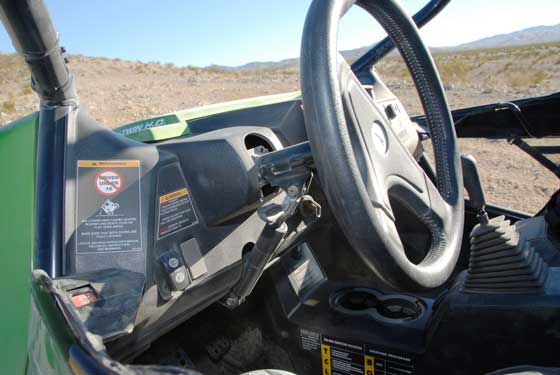 4. Cockpit comfort: The adjustable-tilt steering wheel, contoured cut-and-sewn seats and 3-pt. “anti-cinch” belt were comfortable and secure, whether it was cruising or riding stupid-fast over the harsh stuff. 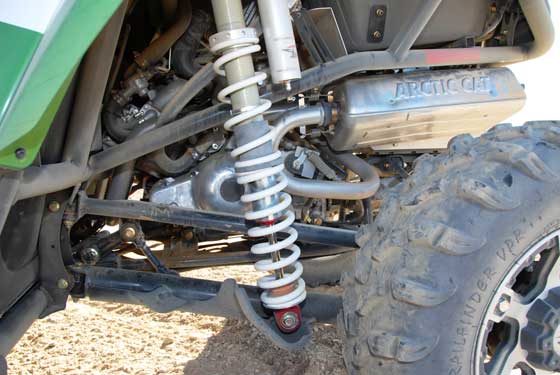 5. Power: The 1000 V-Twin engine has been tweaked with 50mm throttle body and ceramic-coated twin pipes for increased performance compared to other Arctic Cat machines. I saw 70 mph indicated on the digital gauge on the one long section of the course, which was fairly sandy and not optimal for true top-speed tests.

Mid-range is good. Throttle-control is wonderful, with smooth modulation and transitions. And there’s a powerful throatiness sound that matches what this buggy is all about. 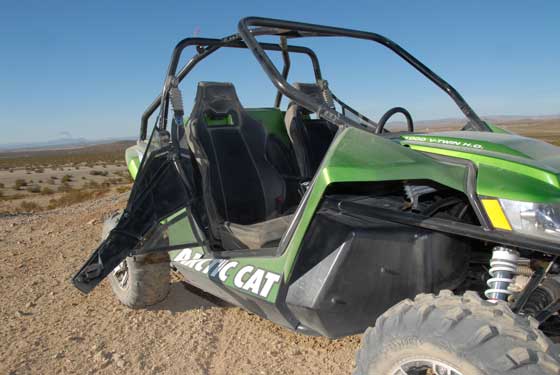 6. Doors: I know Arctic Cat experimented with the idea of a door-less Wildcat. I’m glad they chose doors, because they’re simple to use (opening from the front and swinging rearward) and add peace-of-mind when tapping into the performance possibilities of the machine. 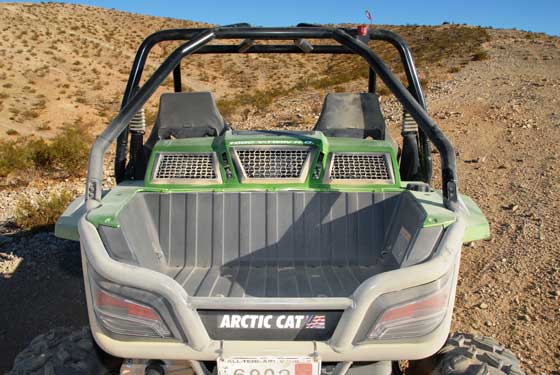 7. Chi-Chi Stuff: The LED lighting, automotive paint, thoughtful door latch, tilt wheel, exoskeleton chassis, Park-in-transmission (instead of a hokey parking brake), 300-lb. rear storage (with integrated tie-down hooks) and powered-up stator (for a host of electrical accessories) are cool, smart features that push the Wildcat into new territory. I like. 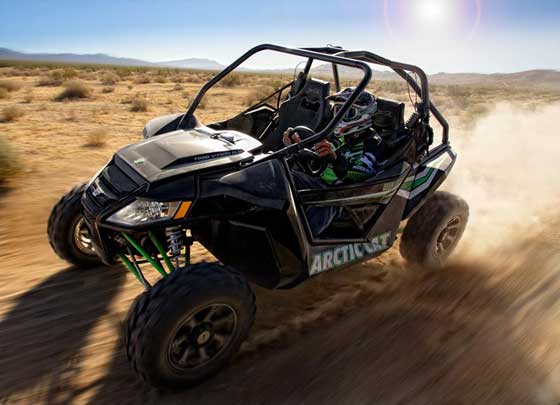 8. 4-Wheel-Drive: Yep, it comes with selectable 2wd/4wd (with full differential-lock). I played around with both 2 and 4wd, and eventually just left it in 4wd. In sandy conditions, with the 40/60 percent front/rear weight bias AND power steering, there was no downside to going 4wd all the time, but lots of upside.

Bonus points for the Peak Torque Limiter (PTL) on the rear end, which allows a brief “slip” during torque spikes to prevent drivetrain carnage and enables the driver to stay on the gas in situations that would otherwise cause all sorts of nastiness. 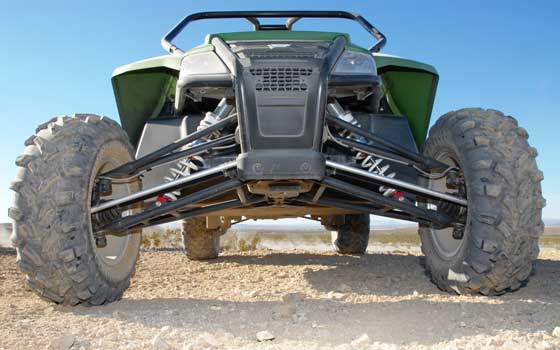 9. Low CG/Rider Position: The Wildcat’s low center-of-gravity combined with a low seating position means that the occupants don’t get pitched around (either side-to-side or fore/aft) like you do on EVERY other side-by-side. This is another reason why you feel so in control and part of the machine.

Okay, since no vehicle is perfect, here is my wish list for the Wildcat:

3. More positive shift indents in the transmission. It’s miles ahead of other machines I’ve ridden, but still not as perfect as I’d hoped).

4. Stronger mid-range engine performance. Like I said earlier, the mid-range is good. But I want it to feel amazing, so it will match the capabilities of the chassis.

I think Cat just built a chassis/suspension combo that leapfrogged everything else in the category. It’s so capable; it even outclasses the very-strong 1000 V-Twin. I didn’t need to go faster, but I wanted an even harder hit in the 30-50 mph range.

The Wildcat changed my mind about four-wheeled thrills because of its ability to laugh its way through gnarly terrain, at insane speeds, IN FULL CONTROL, making the driver feel part of the machine rather than simply along for the ride.

Here’s the thing: I can write about the precise handling and control, 70 mph top-speeds and mind-bending suspension performance, but my description won’t hold a candle to actually experiencing it. I know this dynamic because I’ve been hearing such statements about the Wildcat from friends at Arctic Cat for a long time, but I didn’t really understand just how remarkable and thrilling the Wildcat is until I rode one for myself. 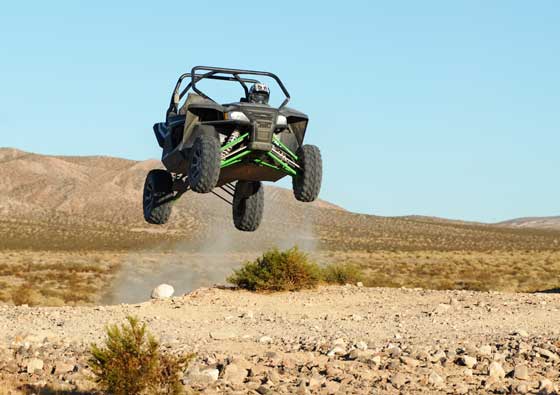 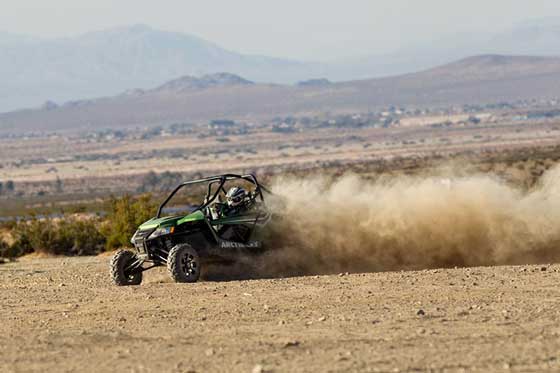 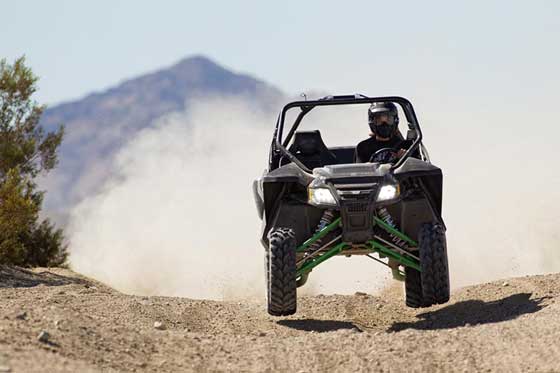 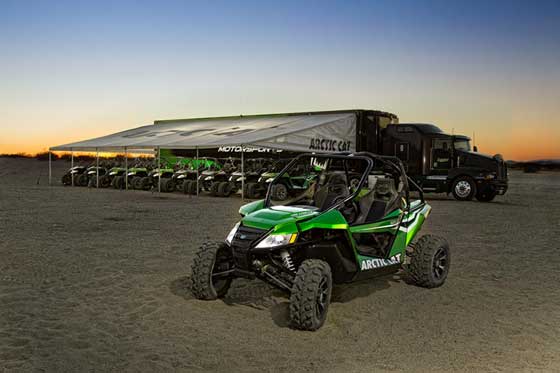