Watch History Being Made: Tucker Going for His 100th

A few hours from now, opening ceremonies will commence at Canterbury Park in Shakopee, Minn., where rounds five and six of this season’s ISOC National Snocross series begin tonight.

Canterbury is typically a great race venue because of its excellent facility, huge spectator turnout and a track that usually contains one right hand corner, making it more than a simple oval. It’s worth seeing live or on UStream any year, but this weekend holds the possibility of a remarkable achievement: Tucker Hibbert’s 100th career Pro class win. 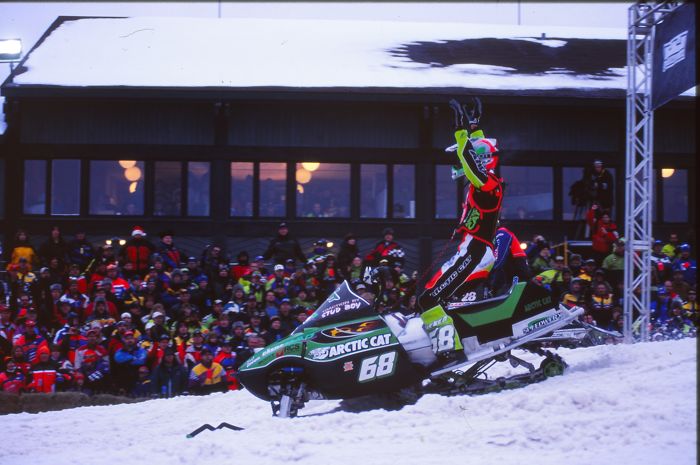 Fourteen years and a couple months ago, in his first weekend as a professional snocross racer, Tucker Hibbert came out of the back row to win the Pro Open class at the 2000-2001 season opener in Duluth, Minn., at the tender age of 16.

It was a pretty remarkable achievement, and it might have seemed more historic had he not already won gold at the X Games the winter prior, as a 15-year old semi pro. 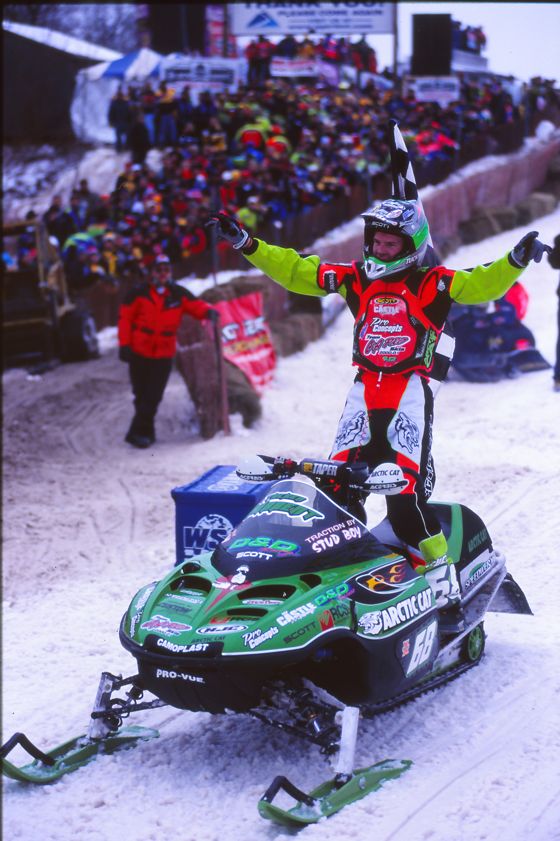 As I snapped a sequence of images of Tucker with his arms above his head at the finish line, I remember thinking to myself that it looked like he was expressing relief as much as jubilation. Who knows what weight might have already been felt on his shoulders, even then?

In the 14 years since his winning debut as a Pro, Tucker Hibbert has risen his fist in victory a total of 99 times, not counting his eight X games gold medals or FIM World Championship.

When he didn’t step onto the top spot of the podium, he was usually next to it, as evidenced by his 130 top-3 finishes out of 171 Pro National starts. The winning percentage is mind boggling, especially considering his is a sport in which injury hovers as an ever-present possibility.

For nearly 15 years Tucker Hibbert has been rewriting the rules and records about what is possible in the sport of snocross. We may or we may not ever see another snocross racer who wins with such stunning consistency, and whose career lasts long enough to achieve 100-plus victories.

What we do know is that tonight Tucker Hibbert is the favorite to win, and doing so would put him at 100 victories. And then it will be on to 101, 102, 103 and so on… until the day he decides he’s had enough.

Until that happens, each one of us has the chance to watch the all-time winningest snocross racer continue his remarkable march into history. Let’s enjoy the moment and whatever comes of it.

Sometime in the future, we can tell our great-grandchildren about having actually seen the legend. 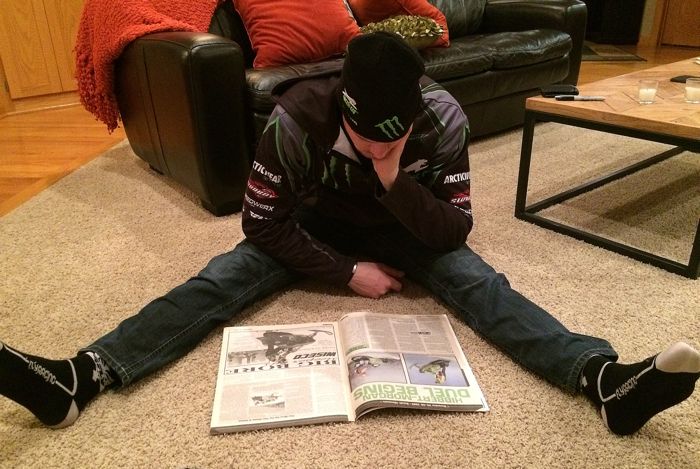 When he stopped by my house last night, I asked him if he remembered that win. He didn’t. So to refresh his memory, he read my copy of Snow Week detailing the win. Then he ate cookies and ice cream.