Why Tracks Failed During the I-500 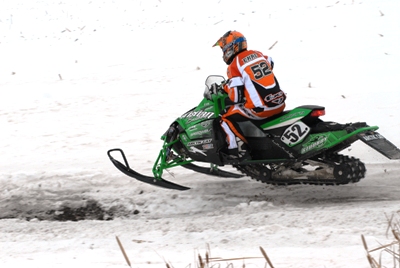 At the 2010 USCC I-500, a handful of top Team Arctic racers were “taken out” of the race due to track failure. It was especially heartbreaking for D.J. Ekre, who appeared to have an insurmountable lead on the third and final day, only to DNF because of the failure. It also happened to his Christian Bros. Racing teammates Cory Davis and Ryan Simons, both of whom were in contention, as well as Chad Kyllo who was on the verge of winning the Semi Pro class. 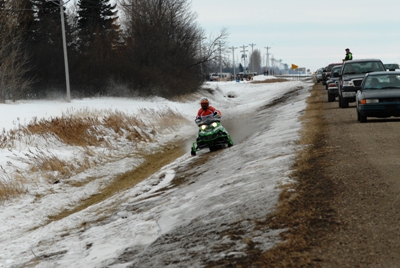 The failure occurred on the 1.25-in. lug Camoplast Ripsaw, which was the OE track for the cross-country version of the 2010 Sno Pro 600.

I talked with Rod Foss, Arctic Cat engineer who oversees track development, to learn what happened to these tracks. 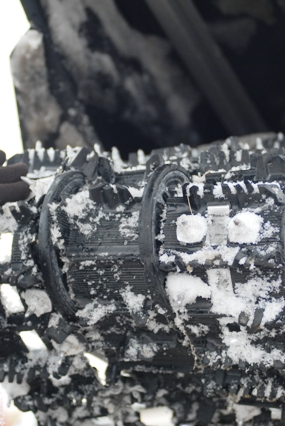 AI: What factors led to the tracks ripping?

RF:  First off we sent the tracks used by D.J. Ekre, Ryan Simons, Ryan Huston and the Fetts back to Camoplast, our track supplier, to have the construction of the stiffening rods and fabric analyzed. Every track was within the manufacturing specifications, which is good.

AI: So what did cause the failure?

RF: During this race many contributing conditions and factors came into play but the main culprit was the stud placement coupled the fast/hard surface of a couple sections of the course.

With the lug design of the Ripsaw, there isn’t much “give” or flexibility, especially compared to other designs such as the Cobra (which did not have this type of failure).

The studs on the tracks that failed were not staggered, and were pretty much all in one line of the length of the track, below where the idler wheels come into contact with the track.

There was a course section on the first and third legs that went straight down several miles of gravel road, with almost zero snow cover, thus preventing the stud from penetrating the ground. As a result, the internal track support rods went through repeated flexing/bending, and eventually breaking the way a piece of metal wire will break if repeated bent back-and-forth in the same spot.

AI: How widespread were the failures?

RF: It took out D.J. Ekre, Ryan Simons, Chad Kyllo, Cory Davis, one of the Fetts. It affected other sleds, like Ryan Huston’s, but they were still able to finish. I also noticed the problem other OEM sleds, but were also able to finish. 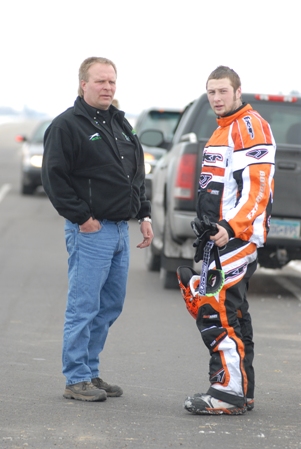 AI: With the same track (in XC version of Sno Pro) as a production track this year, are there precautions racers should take to prevent this from happening?

RF: Stud placement is the key… it’s critical to stagger the studs. 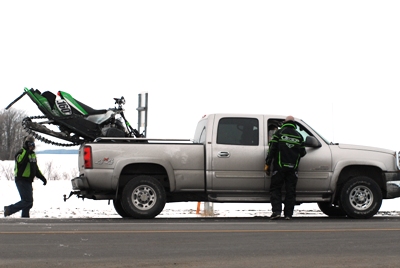 No plans for a repeat of this for the 2011 XC race season.