Another Team Arctic racing legend has been busy building a vintage el tigre for the upcoming USCC I-500 cross-country.

Aaron Scheele was one of the top Arctic Cat snocross, ice-lemans and part-time cross-country racers in the 1990s and early 2000s, with multiple MRP championship titles, a slew of National snocross podium finishes and a reputation as one of the most likable racers of the era. 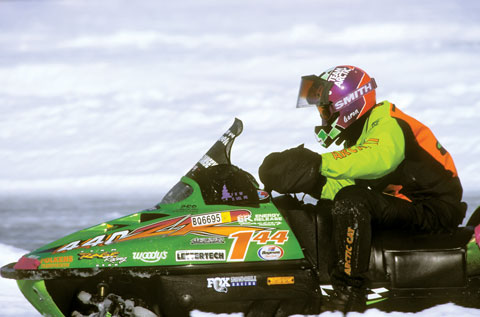 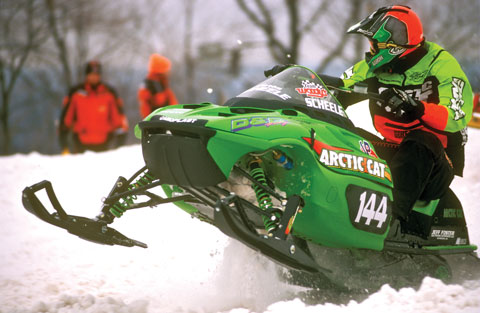 While Scheele stepped away from the competitive arena a handful of years ago, he’s remained dedicated to the sport he loves, building prototype sleds, riding for the Arctic Cat photo shoots, riding with his family and diving in deep to the vintage pool.

And like many former racers, Scheele felt the competitive juices flow the moment he heard of the Vintage Class in the 2011 USCC I-500.

So while Jim Dimmerman has been building this Thunderstruck in Scheele’s shop, Aaron has been alongside him, assembling his own classic el tigre, albeit to pound through the ditches, river and mayhem that will define the highly-anticipated I-5. 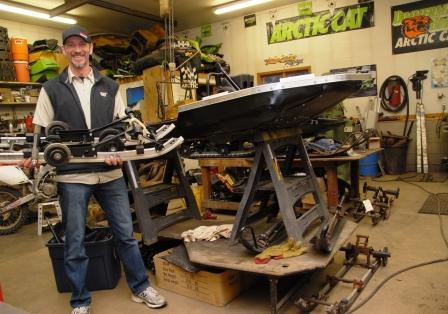 Scheele el tigre was still in its early stages in late November, when I shot these pix, but smart engineering was already evident. Opting for a regular el tigre rather than a Cross-Country version, Scheele had already rebuilt the skidframe with new hardware, new wheels, remote reservoir FOX shocks, extra welding and new paint. 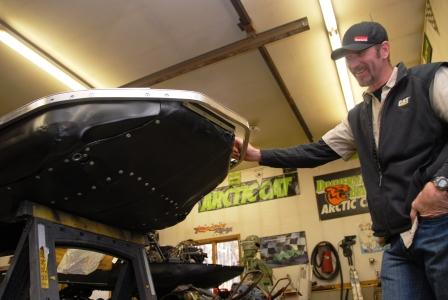 A veteran of the I-500 himself, Scheele knows full-well the junk that can appear in the ditches and byways of the race route, so he custom-fabricated a plastic skidplate and riveted it to the bellypan. Smart. 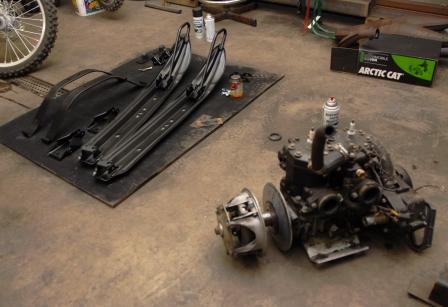 With three vintage el tigre projects happening simultaneously (the third being Eric Bergstrom’s 530cc el tigre custom), there’s a lot of rattle-can painting going on in Aaron’s shop (and a lot of motors lying around). 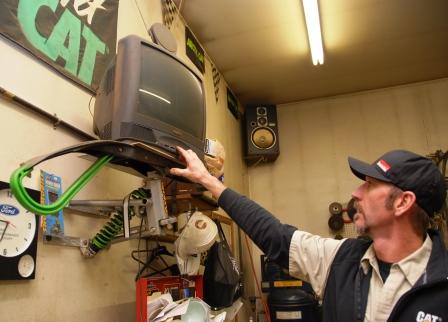 Check out Scheele’s custom AWS television stand that’s mounted on the wall of his shop! Cool. 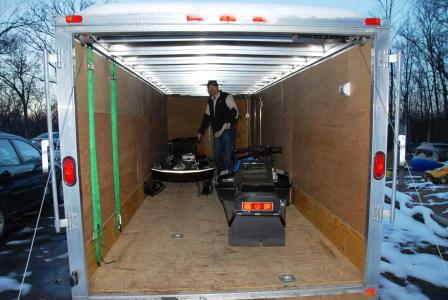 Out back, behind the shop, Scheele poses with two of his fleet of Arctic Cat el tigres. 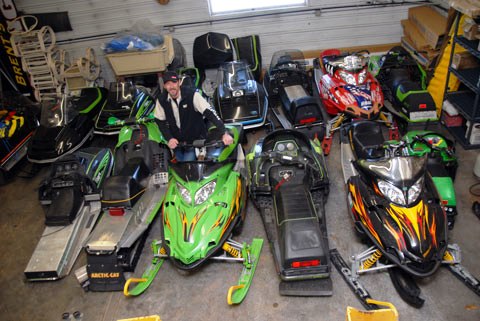 In the storage building at his folk’s house, a fleet of interesting Arctic Cats.

How many sleds in the collection right now, Aaron? 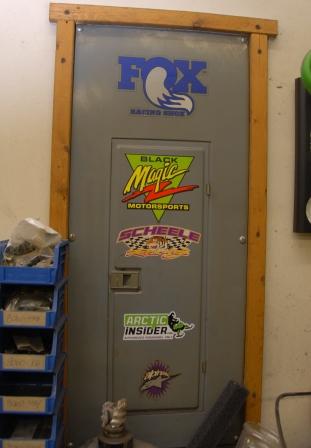 With his stellar background, his recent workout routine, impeccible engineering ideas and his outstanding riding ability, the Las Vegas bookmakers have made Scheele the top contender for the I-500 this year. I know I’ve put $100 buck on him!