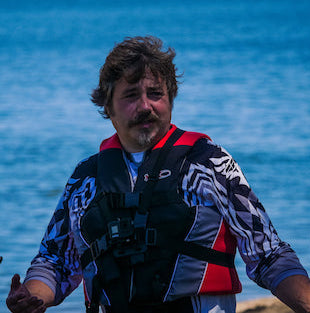 A year of preparation culminated in a record-breaking endeavor for Brad Trask.

The snowmobiler set an unofficial Guinness World Record by riding his sled for approximately 60 miles across water Friday evening, Sept. 25, on Lake Bemidji. 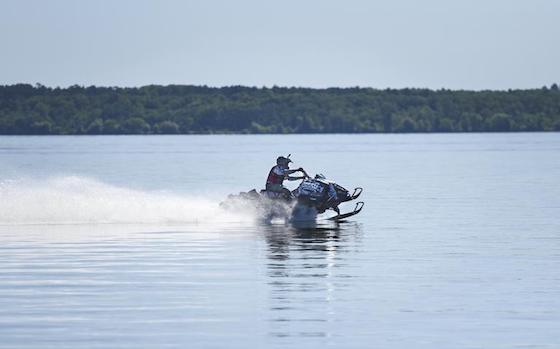 Trask’s mark still has to be officially certified by Guinness, but all indications are that he eclipsed the previous record of 43 miles set by Canadian Kyle Nelson in 2005.

“It took a lot of practice, patience and perseverance,” Trask said. “It’s not just a one-person thing. It’s a team effort and I’ve got a great team. Big shout-out to them.” 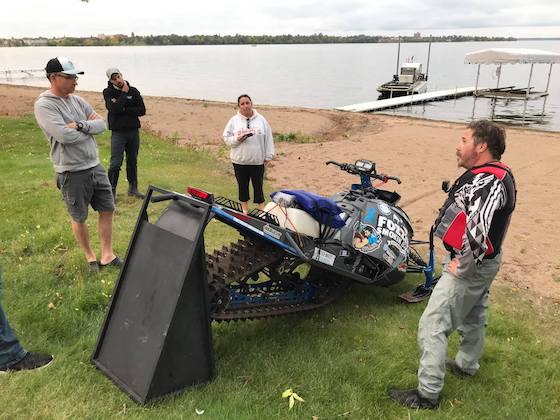 The venture, dubbed Ride the Distance for Prostate Cancer, originated from Trask’s desire to raise awareness and money to fight the disease his father, Bob Trask, was diagnosed with two years ago. Bob was there to greet his son and celebrate his record-breaking ride when he returned to shore.

“It was great to be here to have him watch me do it,” Brad said, “and to see him on shore when I came back… it means a lot to have everyone here.”

Bob Trask is now virtually cancer-free after he underwent radiation treatment at Sanford Joe Lueken Cancer Center in Bemidji. Through his record-breaking attempt, Brad Trask has encouraged donations be made to the center, as well as the Prostate Cancer Foundation. 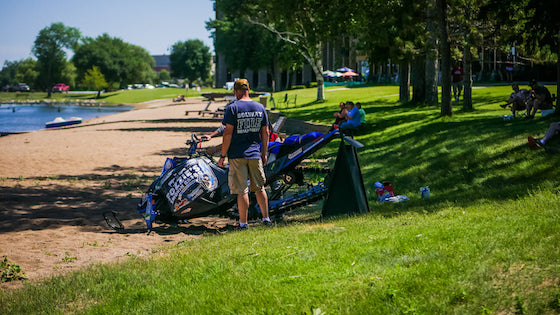 The weather for his run at the record was near picture-perfect.

Trask embarked from the south shore and circled clockwise around the southern half of the lake, a distance of about 5 miles per lap. Traveling at speeds of about 50 mph on board his Arctic Cat, Trask reached the record mark about nine laps in and kept chugging. 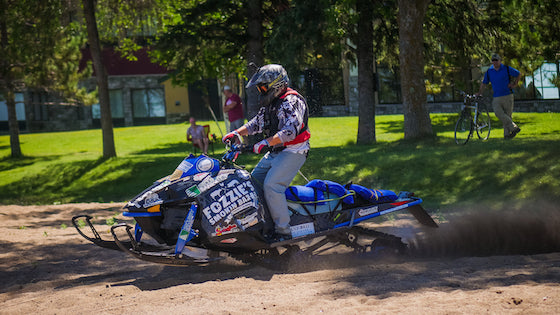 “I had a lot of my spotter boats telling me to keep going, keep going, and I kept looking at my fuel tank,” said Trask, who grew up northwest of Bemidji in Pinewood. “And I was on ‘E’ for a lot longer than I would’ve normally wanted to, but I knew I was close distance-wise, so I figured I would push out and go as far as I could. As far as the machine would make it today.” 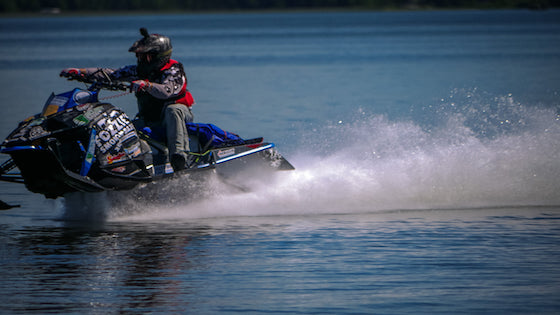 He emptied the tank midway through lap 13 and hit the water near the Mississippi River outlet on the east side of the lake, about 1 hour and 12 minutes after he set off. Crews fished out the snowmobile from where it was submerged under about 30 feet of water.

Trask returned to shore aboard a conventional watercraft, a little wet, but none the worse for wear. 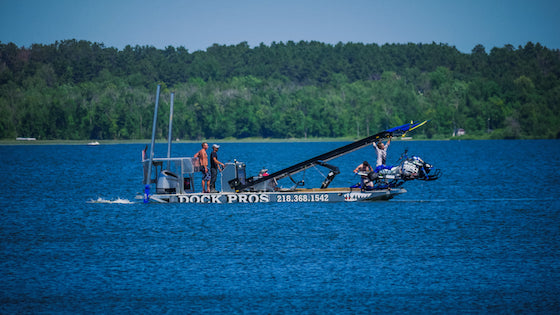 “I have sank it before, but this was definitely the longest ride that I’ve had,” he said. “The machine ran awesome. Just needs some more gas.

“I was trying to watch my fuel the second half after things felt good, and I realize that I’m using quite a bit of fuel. I tried to back down a little bit, but it’s so much fun out there to ride that I probably burned a little more than I needed to.” 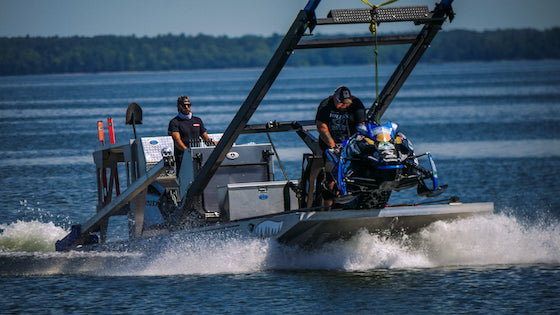 A professional surveyor tracked Trask’s distance and, for accuracy’s sake, he additionally carried two GPS units. Eight boats helped in the record attempt, including a recovery barge, and a plane even made a few passes overhead to catch a glimpse of the ride.

Trask estimates it’ll take about 12-16 weeks to learn from Guinness if the record is official, though he’s confident he’ll hear good news. 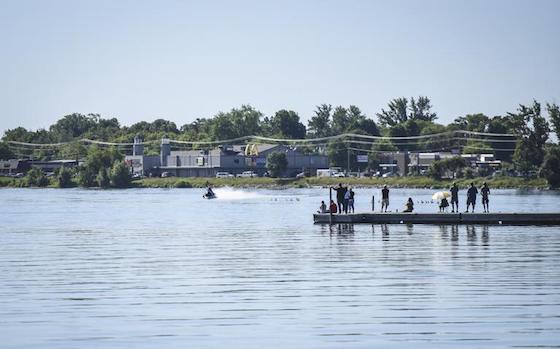 Although he seems to have the Guinness World Record in the bag, there are several unofficial records in the 150-mile range still standing.

“I still would like to do 150 miles and break the overall world record,” he said. “I’d like to go further next year.”

Aside from all the planning and logistics that went into the endeavor, Trask never lost sight of what the event was all about. 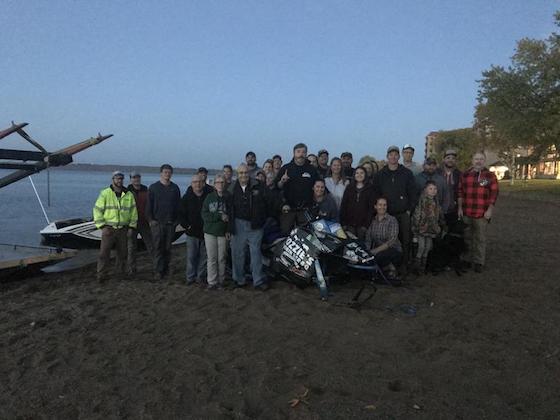 “The reason this project came to life was because of prostate cancer,” he said. “That’s something I’m still passionate about. I’m asking for pledges or donations to the Joe Lueken Cancer Center or the Prostate Cancer Foundation. That’s really what this ride is about. The record is just something to put it on the map and draw some attention to it. It’s also pretty exciting. It was a fun ride. I would like to thank God, my family, friends and the community for the support.”