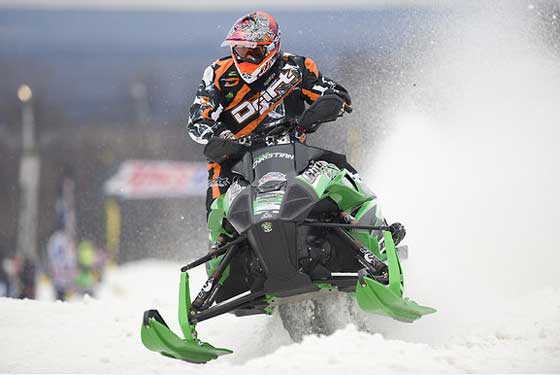 Excitement was high for the Christian Brothers Racing team as it headed into the first snocross race on the schedule in Duluth, Minnesota. The Duluth National Snocross takes place Thanksgiving weekend and is traditionally the race that kicks off the racing season. It is also one of the largest and most prestigious races on the snowmobile calendar.

Friday night featured a 16-rider bracketed racing format where two riders faced off in a two-lap sprint-type race. The loser was eliminated, the winner moved on. The winner received $10,000. In the first round Christian faced ISOC points champion and X Games gold medal winner Tucker Hibbert. Christian, who is coming off knee surgery, was behind Hibbert off the start and gave an all-out effort to catch him but came off his sled and was eliminated. Kaufman and Davis were matched against each other in the first round with Davis getting the best of Kaufman. In the next round Davis made a brilliant pass in the uphill mogul section to eliminate Tim Tremblay. Davis met eventual winner Ross Martin in the semi-final where Martin got the holeshot. Davis couldn’t catch him and was finally eliminated. 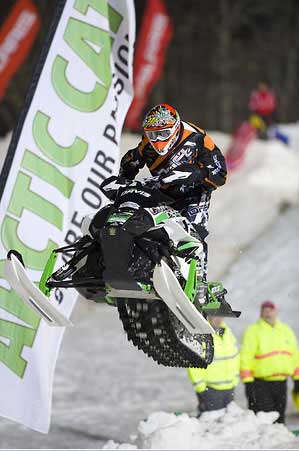 “This is my first race back after sitting out snocross racing last season with an injury,” Davis said. “Making it this far in my first night back racing? I’d say that’s a pretty good start to the season!”

The team entered Saturday’s Pro racing with a little more seat time after Friday’s Dominator event but they were still at a disadvantage to the other brands who had weeks more test time. A tough day of heat racing put all three CBR riders in the LCQ and only Davis was able to transfer to the final where he finished 12th.

“This was my first real time on the new sled and the first time we had the full mod package together to ride,” said Christian. “My knee was sore, but I felt good. It’s a little frustrating because we were definitely at a disadvantage having so little test time compared to our competition. Our crew did a great job putting the sleds together and they should get a ton of credit.”

In Sunday afternoon’s racing, Kaufman went 5-3 in heats and Davis went 2-4, good enough to get them in final. Christian went 2-6 which put him in the LCQ where he finished 99th and failed to transfer. The 20-lap final took place Sunday afternoon in front of a packed crowd. Davis and Kaufman navigated a brutally-rough course and managed to finish 10th and 11th respectively.

“This definitely wasn’t how we envisioned the weekend playing out,” said team co-owner Dwight Christian. “But it’s a long season and everyone came out of the event healthy. We have our work cut out for us but we will get to the front of the pack. We have too much talent not to.”

After two races Davis sits in 10th place in the Pro Open points standings. Kaufman sits in 17th and Christian is in 20th.

CBR rider Evan Christian had a good showing in the Transition Limited 8-12 class, he rode to a second place finish and a spot on the podium. He also landed a podium spot in Champ 120 where he finished third. 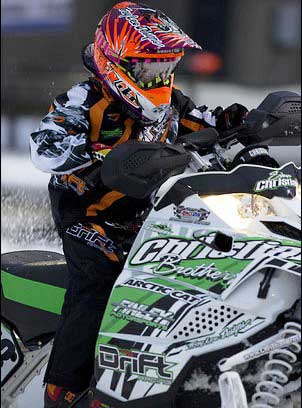 “Evan is the future of our team,” said Dwight Christian. “He’s picking up right where he left off last season standing on the podium at the end of the day.”