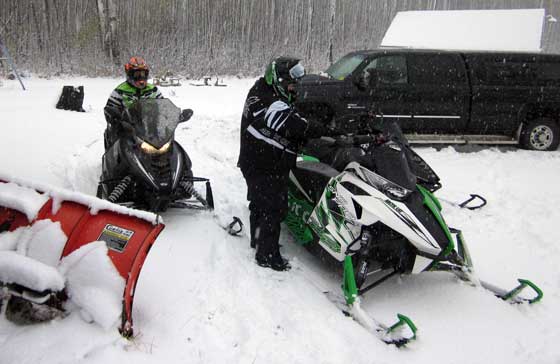 In the midst of an October blizzard that dumped 12-14 inches of snow in Northwestern Minnesota, Arctic Cat’s Roger Skime, Joey Hallstrom and Don Fugelseth hatched a plan for a Friday shakedown ride aboard some 2013 models.

The day started with Skime burning a few runs down the Hwy 32 ditch near the factory in Thief River Falls.

Satisfied that there was enough snow in the area for a ride, the crew hauled themselves to Hallstrom’s cabin near Grygla with a trio of freshly-built sleds in tow: a F800 RR, a F1100 Turbo Limited and a XF1100 Turbo CrossTour. 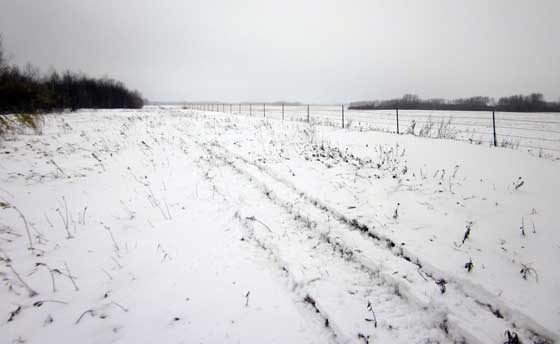 The foot or so of snow that fell had settled to anywhere from 4 to 10 inches. It was wet, heavy snow, kind of like what you’d see with a March snowstorm. And it was still snowing when we were riding. 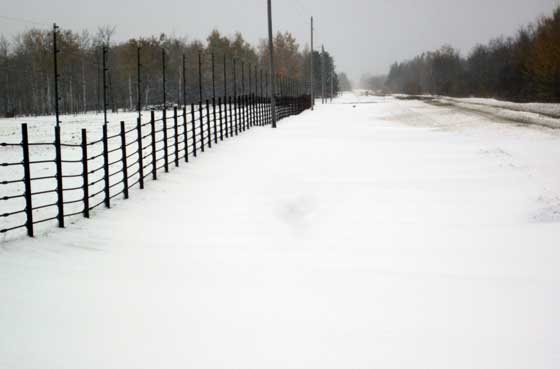 There were some places where the ditches were almost filled-in. 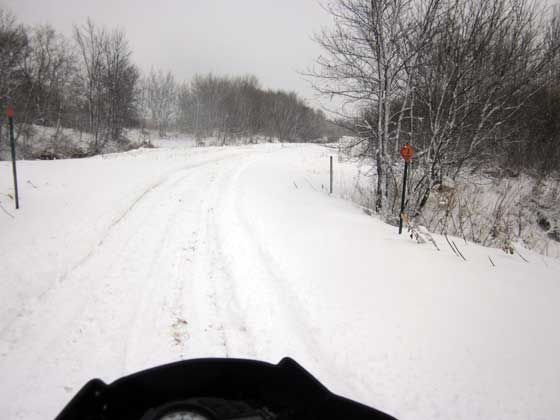 We rode a combination of forest roads, ditch and trails from my cabin up to Roger’s farm near Roseau. 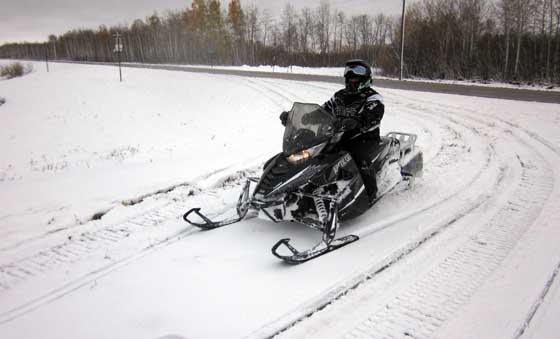 Like with any first snow, we rode carefully. The goal wasn’t to set any speed records… it was to put some miles on key sleds and to take advantage of this awesome snowfall. Here’s Don riding the F1100 Turbo CrossTour. 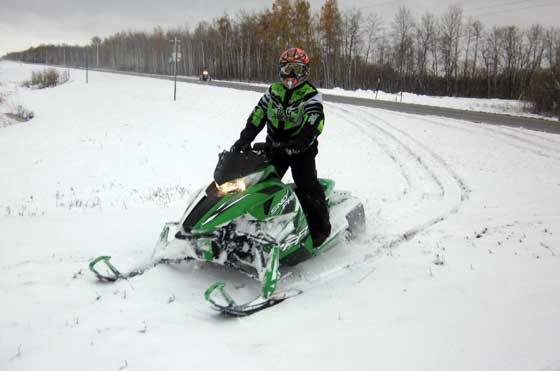 We chose an 800 twin and 1100 Turbos because those are our flagship models. We always put miles on our machines when they come off the assembly line, just to make sure everything is working like it should, but it’s pretty unheard of to do it in Minnesota during the first week of October. Here’s Roger on the F800 RR and sporting his fancy new helmet. 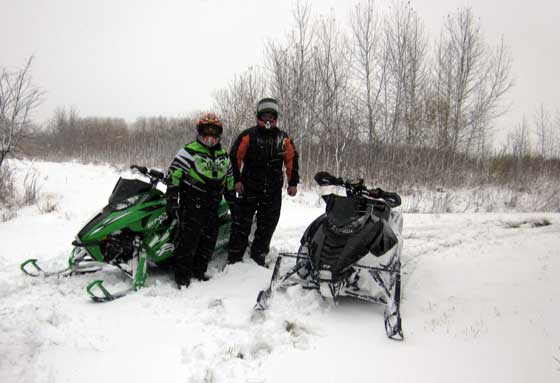 First rides of the season have a way of waking you up and reminding you about how amazing these machines are. It’s good to see that I still have my height advantage over Roger. 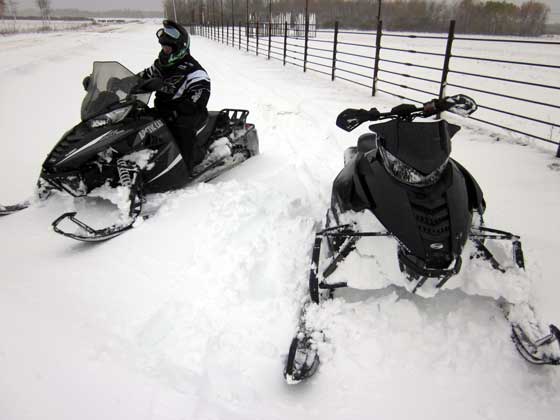 The 1100 Turbo felt awesome, like it always does. On hayfield with six inches of wet, heavy snow, to see 100 mph on the speedo in a short blast is pretty impressive. 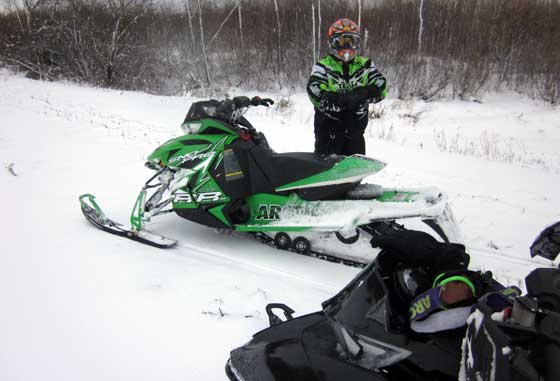 The 800 H.0. has such a snappy bottom-end. It’s been six months since I last rode one at sea level, and I suppose I forgot a little about how hard that engine hits.

The Sno Pro suspension package felt good. And the RR felt awesome in the sections where we could run hard. 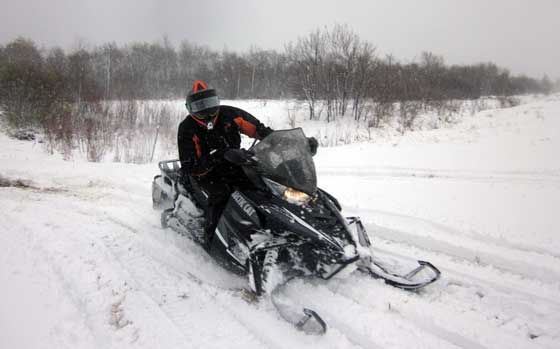 We rode about 60 miles total. It feels so good to get on a sled again.

I had to come home today (Saturday) because Sandberg was hounding me to send him a ride report and photos, but Roger and some additional engineers stayed up at his farm so they could ride all day again today.

I don’t remember ever riding this early in the year, certainly not on this much snow. This was a real snowstorm. School ended early on Thursday and started late on Friday. The Homecoming football parade was cancelled. There were tracks in the ditch near my house today from some of the local kids. 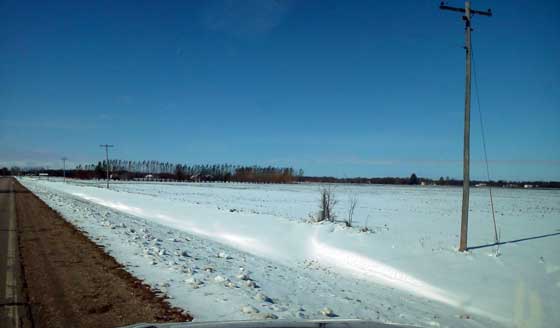 Here’s a photo I snapped with my phone, just outside of TRF. The sun is shining, the snow is beautiful and there are huge drifts! I think this is a sign of what’s to come for this winter.