Arctic Cat just released several all-new ATV and ROV models, some tagged as 2016 models and others as 2017s. 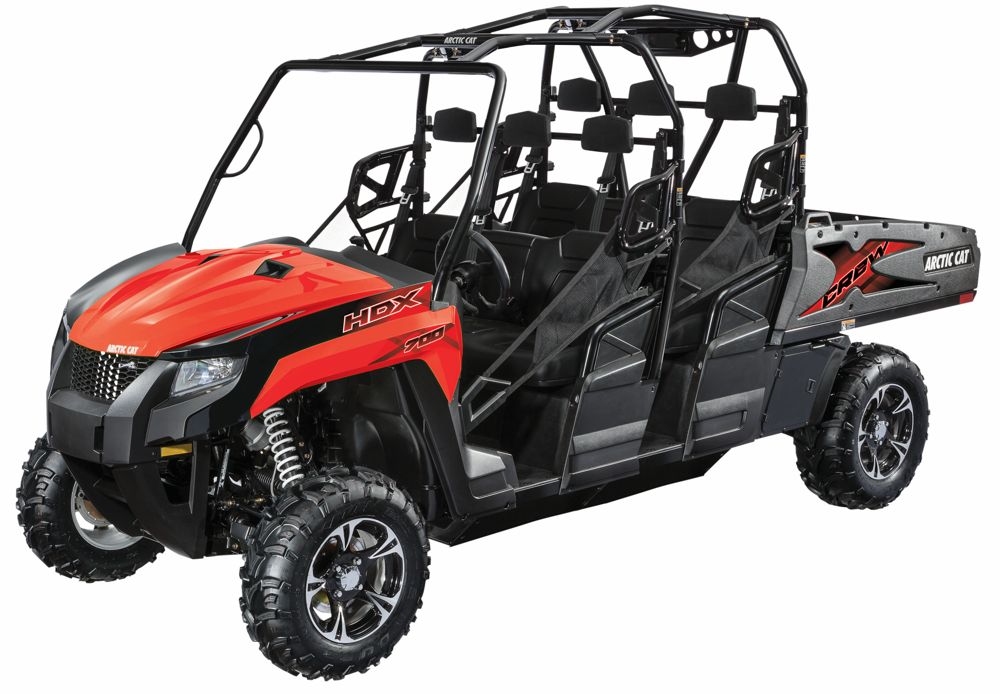 The biggest news is the introduction of the 2017 HDX 700 XT Crew. The HDX Crew features two sculpted bench rows of seating, accommodating up to six occupants. The 1000-lb. capacity, 2-in-1 cargo box transforms into a flatbed and the Crew has multitudes of additional storage options.

The fully independent front and rear suspension has double A-arms and carries the load effortlessly. Navigating rough ground is no problem thanks to 10 inches of travel and 10 inches of ground clearance. The Arctic Cat built 700 engine ponies up the muscle to tackle any challenge and is available in Fire Red, True Timber Camo and Team Arctic Green. 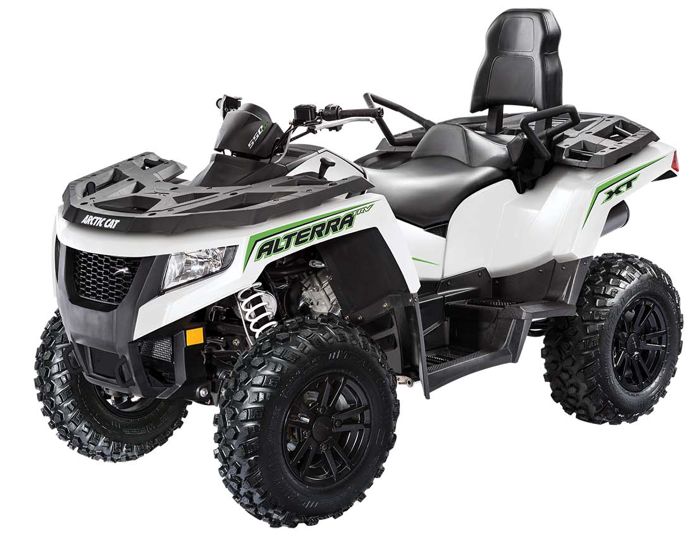 Another big mid-year story is the highly anticipated 2016 Alterra TRV (above). Arctic Cat pioneered the two-rider vehicle and this is the one 2-up enthusiasts have been waiting for. Comfort is a high priority in this segment, and neither rider nor passenger will be disappointed by the improved ergonomics and Alterra styling. 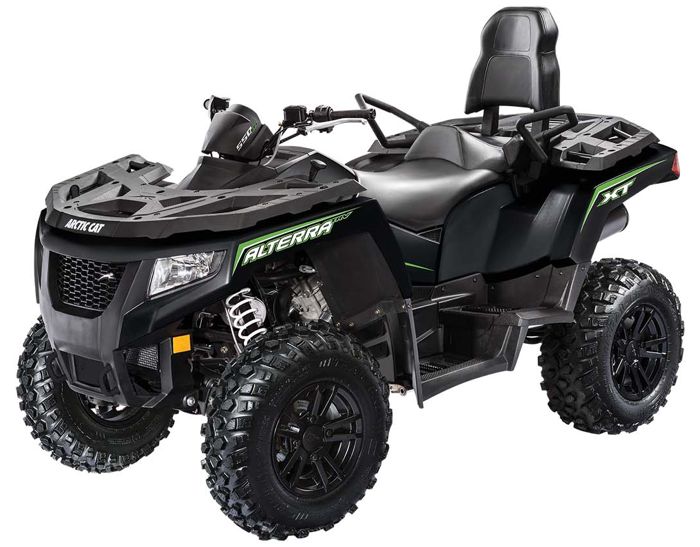 Popular Alterra features carry over to the TRV such as the front and rear SpeedRack II system with its high grade, easy on, easy off accessory system attachments. The Alterra TRV is offered with Electronic Power Steering and a choice of powerplants including 1000, 700, 550 and 500 and is available in a variety of popular colors. 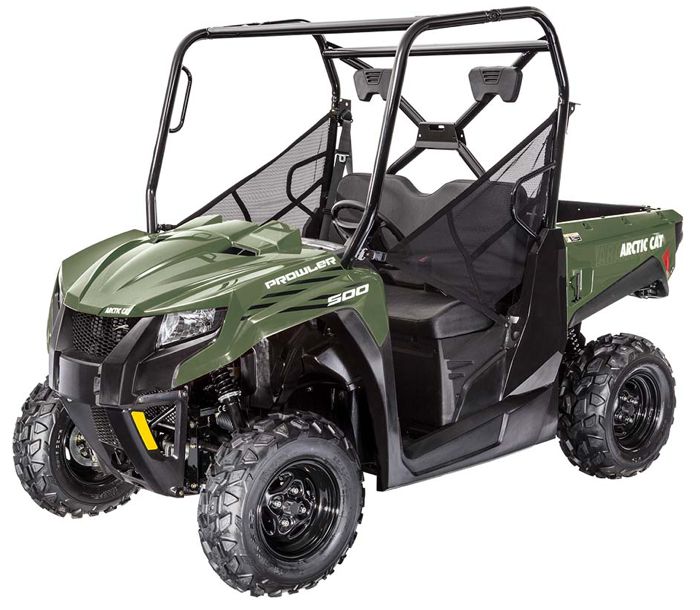 This next entry may cast a smaller shadow, but it’ll be a big hit. The 2017 Prowler 500 (above) serves the growing demand for a mid-size utility side-by-side that’s value-priced. This well proportioned 4X4 occupies a mere 106.4 in. long by 56.4 in. wide space and has bench seating for easy-entry and departure.

The Prowler 500 delivers class-leading horsepower and torque, a 1500-lb. towing capacity and a tough automatic transmission. Fuel capacity is a generous 8.5 gallons. The rear box carries up to 500lbs. The new mid-size Prowler 500 is built to do a lot of groundwork and cover a lot of territory.

To celebrate all the mud lovers out there, Mudpro 1000 comes back in a Special Edition which includes an Arctic Cat/Warn Winch, 28” Maxxis Zilla Tires, heavy-duty front and rear bumpers, graphics and more. 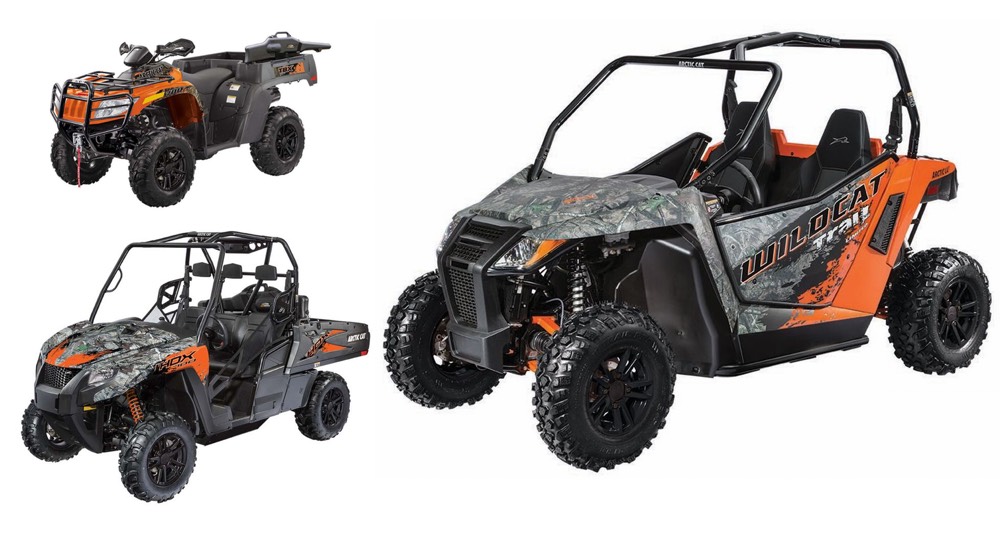 For hunters and outdoorsmen, True Timber Camo and Blaze Orange models are available across a wide range of models including the TBX, HDX and Wildcat Trail . 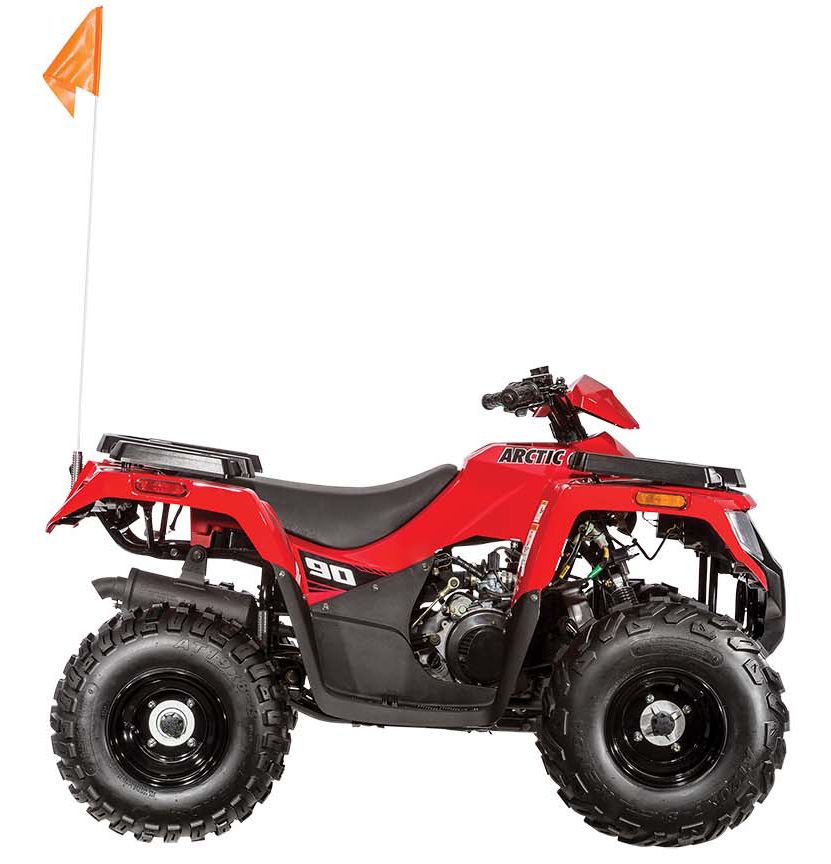 And last but in no way least, there’s an ATV that’s sure to get a lot of love. The all-new 2016 Alterra 90. Bring one home to your kids and he or she will worship the ground you ride on.