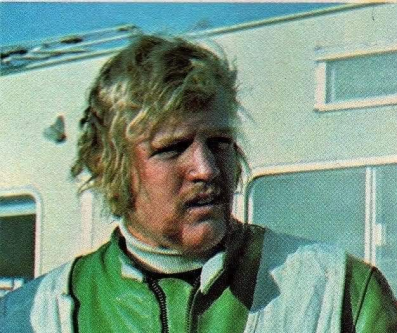 I was saddened to see the news of Jon Carlson’s passing. Like many of you, I associated Jon’s name with John Deere snowmobile racing. So why focus on a “John Deere Guy”?

I had the pleasure of working with Jon for a short period of time at Arctic Cat in the Minneapolis office. We shared a love for snowmobiles and swapping the occasional story when our paths crossed. Jon’s larger than life personality was fun to be around, and his friendly smile and handshake was always welcoming.

Jon was a fan and loyal follower of ArcticInsider and Ill miss seeing his industry insights posted in the comments of these stories. Below is a piece written recently by the Snowmobile Hall of Fame. RIP Jon. -KALE

The Snowmobile Hall of Fame, the Board of Directors, and supporters everywhere were sad to learn that long time supporter of the Hall of Fame and former board member, Jon Carlson has passed away.

Jon was a founding member of the famous Enduro Team Deere from 76-77 after being a factory supported racer.

A decade back he served as Vice President for the Snowmobile Hall of Fame in St. Germain, Wisconsin and even raced in the first vintage I-500 class in 2011.

Jon had a very colorful professional career at Deere, Case-IH, Arctic Cat and others. His charisma and presence will be missed.