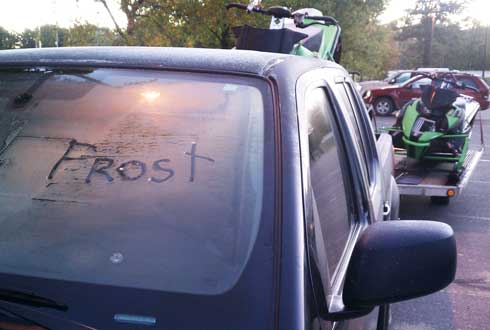 One of the best parts of the trip was waking up to frost on the windshield. A nice cold-front moved into the midwest the previous day, with a massive temperature swing that had me scrambling for gloves and a hat. Winter’s coming… 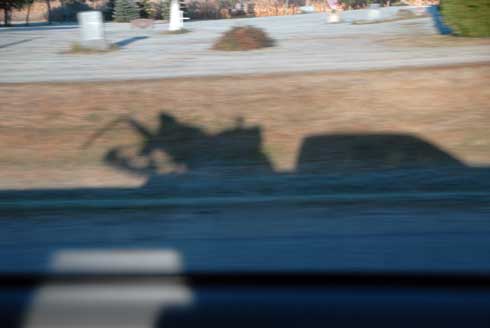 A shot of Bobby Flame’s truck shadow. Maybe some ghostly souls hopped on for a heavenly ditch-bang? 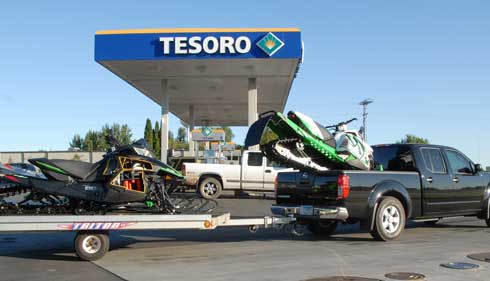 This would look wonderfully-ghetto were in not for the fact that the sled in the back of the truck was the prototype 2012 Arctic Cat Sno Pro 600 Race Sled, and the sleds on the trailer the cool cutaway units that were on display at Hay Days. 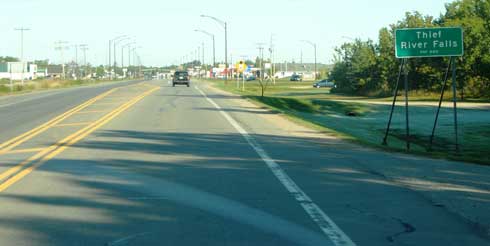 Finally arriving in town. I’ve shot so many photos of this sign, I should win some kind of award from MnDOT.

Even better to see Arctic Cat. Instant smile on my face as always. The hubbub (is that a word?) of activity here always leaves me feeling energized. It’s better than morning coffee. 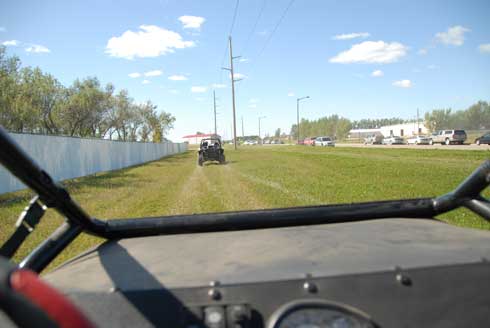 Most of what I was in town to accomplish involved the new Arctic Cat Wildcat. Here’s a cockpit view of me chasing Bobby Flame. 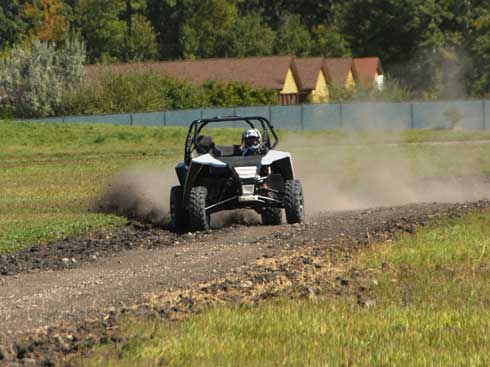 I’ll have a lot more to say on the Wildcat after getting to ride one in earnest in October. But the five minutes I ripped around on a prototype version left me literally howling with laughter.

Seriously, these things are going to change the way most people think of side-by-side fun. 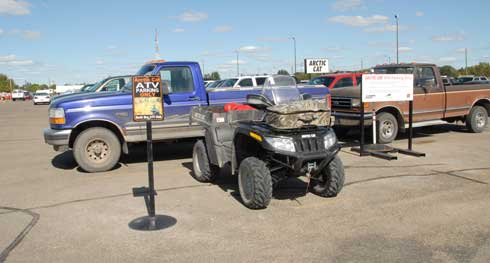 Love the trucks and the “ATV Parking Only.” 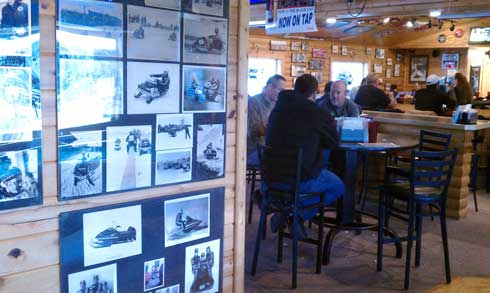 At lunch at the Black Cat. Joey was supposed to be there, but he always ducks out when it’s his turn to buy. Oh well, looking at the amazing photo collection on the wall is always worth it. 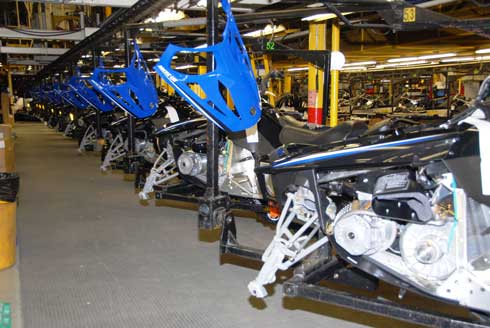 And a F1100 Turbo ripping around the test track at Mach 4. 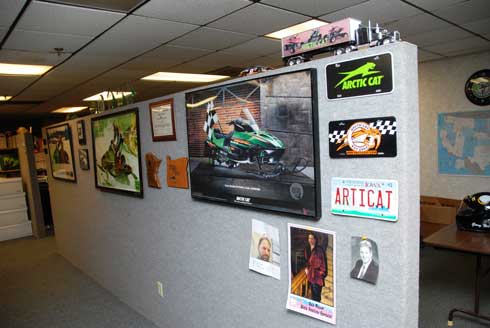 I was determined to get a photo of Kathy Johnson on this trip, so I went up to the Marketing department to look for her. 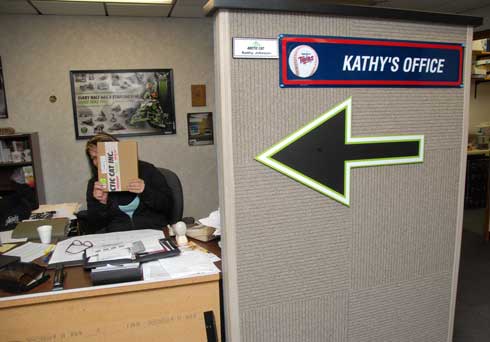 Kathy has worked in Marketing for as long as I can remember, doing about a thousand different things each day that keep the wheels on this machine moving nicely.

Many Cat’s Pride Club members know Kathy as the person who organizes and administers the activities. She’s awesome.

I told here that after the interview with Gary Nelson, I wanted to do a Q&A with her. But she keeps blowing me off and saying that she’s too busy. When I lean on her about it, she says that people aren’t interested in what she does. 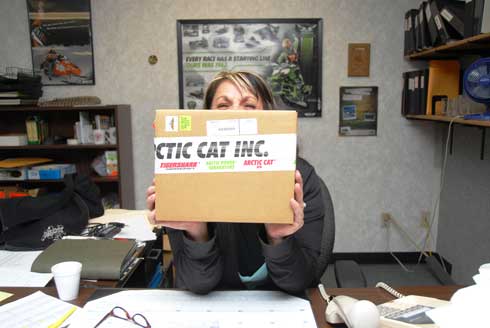 When I tried to snap a photo of her, she held up a prize she’d found while doing some office rearranging: a packaged copy of the hardcover version of “LEGEND: Arctic Cat’s First Four Decades.”

That’s a HUGE prize for sure. I suggested she keep it for a special occasion. Maybe to celebrate when she finally relents and does an interview for this site.

How about it Kathy?