Accustomed to seeing race sled technology transition into consumer sleds (think 1990 EXT Special, the entire ZR series, and the Firecat), we expected that the latest race sled would get trail-friendly 600 and 800 engines and be available at our local dealer in full-production quantities.

So when Arctic Cat unveiled the 2010 model line and we saw the consumer-available Sno Pro 500, the reaction was, “Cool. Now where’s the big iron?”

The 600 Race Engine inside the Sno Pro Chassis. Note how close the relatively-short tract flatslide carburetors are to the belly pan, as well as the mounting area on the front of the case. These two areas are where the 600D and 800 H.O. engines are too large to fit. 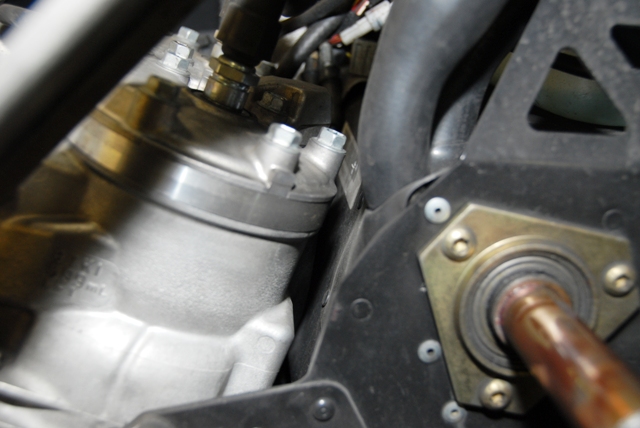 See too how close the cylinder head is to the bulkhead. This is the area where the 800 H.O. exceeds chassis capacity.

Assuming this was a simple ruse and that we’d see a special autumn announcement (perhaps at Hay Days, where there is a history of such pronouncements) of a 800 Sno Pro, we looked for a wink or nudge that supported our hope.

My own off-the-record conversations with Cat engineers produced the same answers:

Still skeptical, it wasn’t until I spent some time with Cat engineers Troy Halvorson and Greg Spaulding that I truly believed the company line. 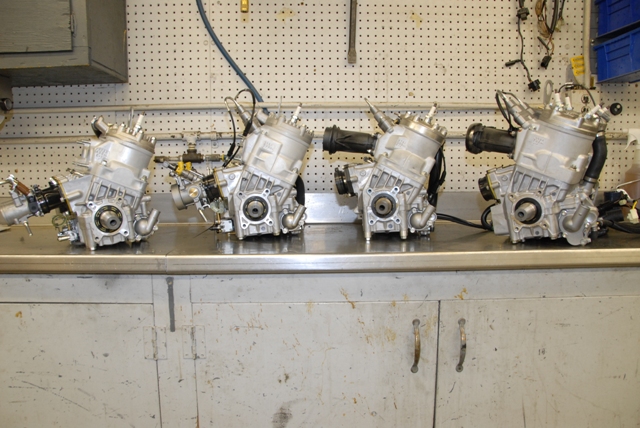 Only the 600 Race and 500AA engines are capable of fitting into the tight confines of the Sno Pro chassis, according to Cat.

Comparing the engines side-by-side, it’s very evident the dimensional differences between the engines. Similarly, with the body panels off of Sno Pro it’s evident just how little space is available for the engine, intake, exhaust and muffler.

Compared to the 600 Race engine that the chassis was designed around, the 500AA is clearly smaller, although getting the injectors to fit without hitting the steering post required a new intake tract. 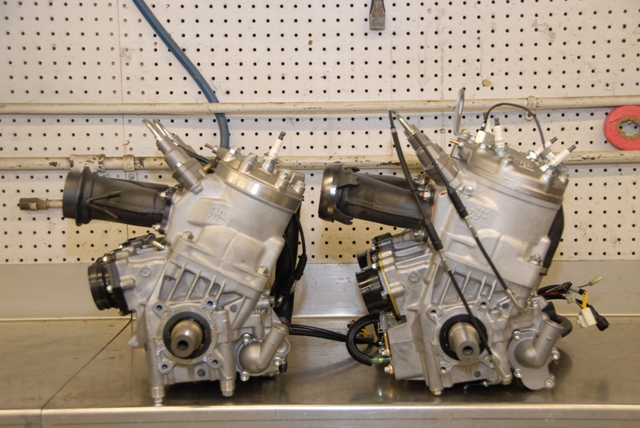 With a larger bore, the 800 H.O. is wider and deeper than the 600 Race, which means that the top of the cylinder head would hit the bulkhead. And its injectors are significantly longer than the short-tract flatslide carbs/boots used on the Race engine, and would bottom out on the bellypan. Just as challenging, according to Spaulding, would be achieving the regulated sound level with such a small space allocated to the muffler.

Given the similarities between the 600D and 600 Race engines, I expected the 600D to be close enough to fit into the chassis. There are two critical problems.

The first is the oil pump, which exists on the 600D but not the Race mill, and which directly interferes with the engine mounting location and the bottom of the bulkhead.

The second is added length of the EFI injectors, which interfere with the steering post from a width standpoint, and whose added length would bottom out on the bellypan.

I’m convinced that the current Sno Pro chassis doesn’t accept the 600D or 800 H.O. engines. Yes, I expect that one or two highly-skilled garage mechanics will stuff a larger, carb-fed engine into a Sno Pro chassis, but that’s a different challenge than efficiently and economically building 5,000 production examples.

Now check out Part II, where I discuss why the Sno Pro chassis wasn’t designed to accept a larger engine, as well as speculating the reasons why Cat isn’t willing to retool the chassis.