The Agony of Glory: Race Recap of the Jeremy & Alex TORC UTV Race 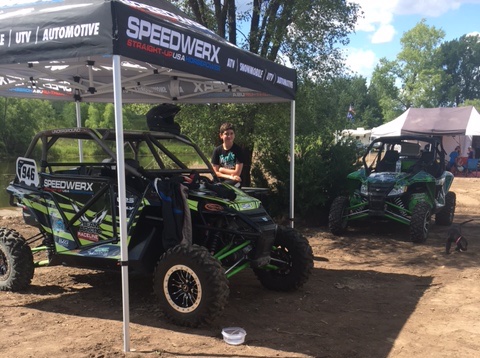 Such was the case for Speedwerx’s Jeremy Houle and teammate Alex Fortune at the recent TORC event at ERX in Elk River, Minn., where Jeremy gave the world a primer of what to expect in gymnastic tumbling at the Rio Olympics, but with an Arctic Cat Wildcat.

Here’s Alex’s recap of the weekend:

The recent TORC off-road race at ERX in Elk River, Minn., proved fun and interesting for me and Jeremy Houle of Speedwerx.

We showed up Friday for practice, hitting the track with Jeremy behind the wheel of the 946 Arctic Cat Wildcat X pro stock UTV. We were given 3 laps of practice, after which we changed some clutching and went out for our second session of practice. They lumped both open and stock UTV’s in the same category and despite being down on horsepower Jeremy was running ahead of the open class machines!

Coming into Saturday our confidence was running high. The Wildcat felt good, looked even better and we had a great practice session. Jeremy drew the 8th starting position, then went out for our first race.

Early into the race Jeremy made a clean pass on an open class RZR (after already passing two Stock class RZR putting him into 6th place), but suffered some retaliation by the driver who immediately responded by turning and driving straight into Jeremy. This sent Jeremy into a spectacular barrel roll that can be seen if you scroll to the 10-min. mark of the video below:

The Wildcat suffered some damage. 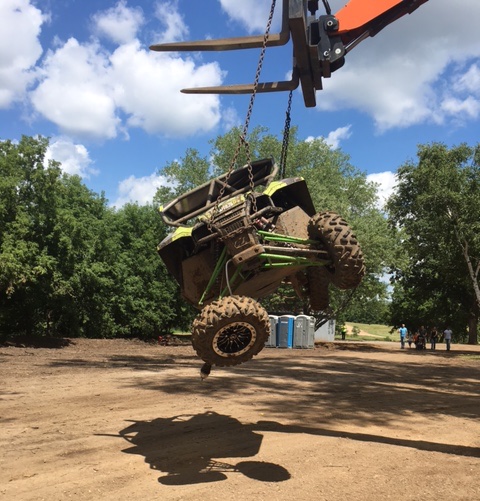 We worked into the night Saturday using all the spare parts we had in order to get the car back into race form. Somehow we managed to get it back on the track Sunday.

Jeremy hit the track Sunday like only Jeremy can do: wide flippin’ open!

Practice and shake down of our hasty repairs from the night before went well and Jeremy said the car felt good. We went into the race looking for a good finish and Jeremy battled his way up for 5th place (once again ahead of Open class RZRs) where he finished the race just outside of the podium in the first weekend of TORC pro stock UTV racing.

While we would have rather have been on top, we couldn’t be happier to have ended up where we did considering the weekend’s events. We couldn’t have done it without the help of our sponsors and their support! 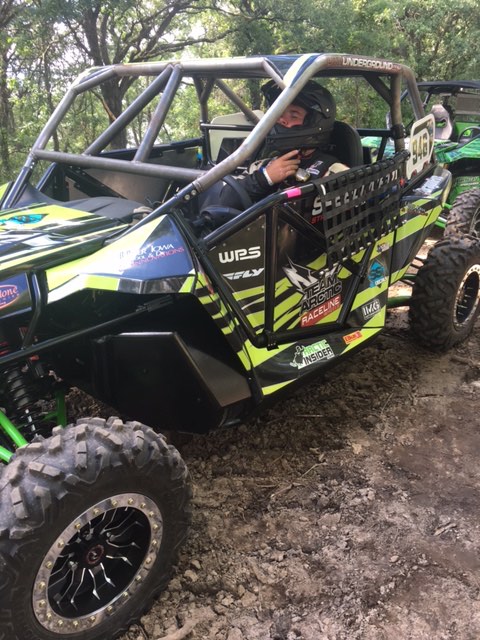 Epilogue: Two weeks after the TORC event we returned to ERX for a weeknight race. Jeremy ran the wheels off that machine – literally in the second heat he drove so hard he broke the stub shaft off the axle and sent one of the wheels flying.

He won the first heat, DNF’d the second heat , then came back in the main event (after getting hung up at the start) and worked his way back to 2nd to finish the night out there.

Some competitors are in disbelief that we’re running stock machine, which is funny. We just put the Wildcat on a serious diet, clutched it, plus it runs a Speedwerx header, L2 muffler and PowerCommander 5  for performance modifications (all which are legal for TORC and a far cry from the turbos and superchargers that we’re competing against).

All good and fun.