One day after another sensational performance at the Duluth Spirit National — at which he won every heat and final — Monster Energy/Arctic Cat racer and major cookie hog Tucker Hibbert chatted with the ArcticInsiders about getting yelled at by his mom, his favorite gas-station food and more.

Even though we talked while Tucker was driving to Goodridge, Minn., I imagined that he was just at home chilling, drinking a cup of coffee and wearing a mohawk. 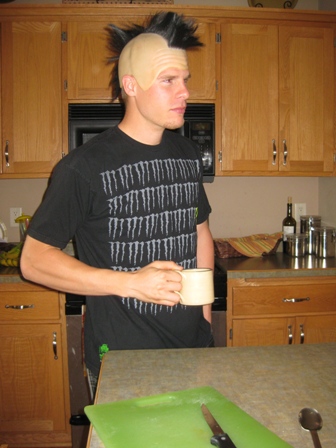 ArcticInsider: Congrats on the awesome weekend. What where your three favorite things that didn’t have to do with winning the pro finals?

Tucker Hibbert: Number one… having all the people on my team together at one time. Normally we see everyone on weekly basis, but always at separate times. It’s only at the races that everyone is together, and I like that a lot. Number two… my mom’s ginger snap cookies.

AI: How many did you eat?

TH: About 20, including 10 Saturday night after Pro Stock final. Mom yelled at me to share.

AI: And your third favorite thing?

AI: Nice! What did you treat yourself to at the first gas station you stopped at on the drive home?

AI: As often as you eat there, they should be one of your biggest sponsors.

TH: I know! They could sponsor me with a big program and it would would be a wash because of how much money I spend eating their pizza.

AI: What was your biggest surprise of the weekend?

TH: Dan Ebert’s intensity the first five laps of the Pro Stock heat race and the final. He was hauling.

AI: Were you serious when you said the Pro Open final was the scariest race you’ve ever done and, if yes, why?

TH: Yes. I was nervous more than scared. I never once came close to crashing, but I was riding completely blind, and had no idea if I was going to land on anyone.

AI: Did you make any mistakes during the weekend of racing?

TH: I made some small mistakes that weren’t huge, but nothing I’m bummed about. In a heat with Ross Martin, while jumping finish line jump, I was trying to land on a very small space on the far outside of the track. When I did it right, it was way fast, but I kept misjudging my speed and over-jumping it by about four feet, which was lame.

Oh, and in the Open final, I didn’t seal my goggle vents/foam off well enough, so my eyes were watering like crazy for the first part of the race. That wasn’t good either.

AI: You only have four days until you race in Milwaukee… what are you going to do between now and then?

TH: I’m going to ride Tuesday and Wednesday at the Christian Bros. track in Fertile, Minn. My dad and crew are going to tear down both sleds and rebuild the motors. No big changes to either though, everything is working great. We’re driving to Milwaukee on Thurs. 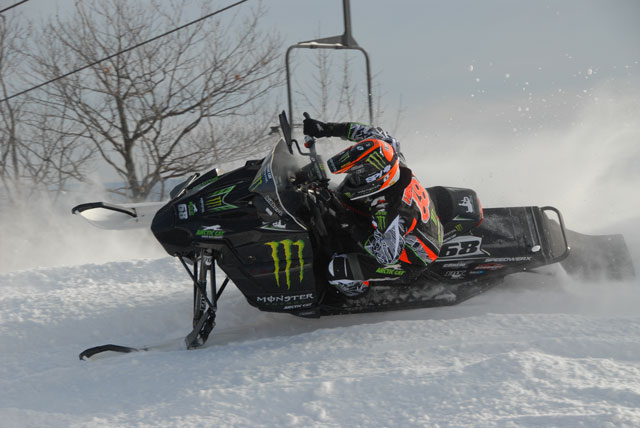 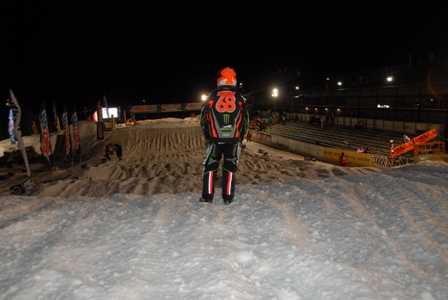 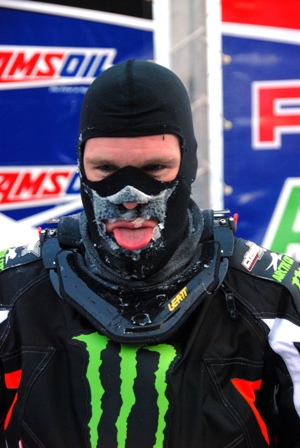