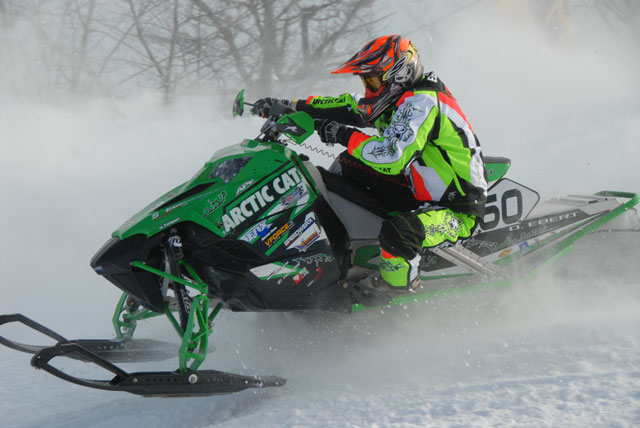 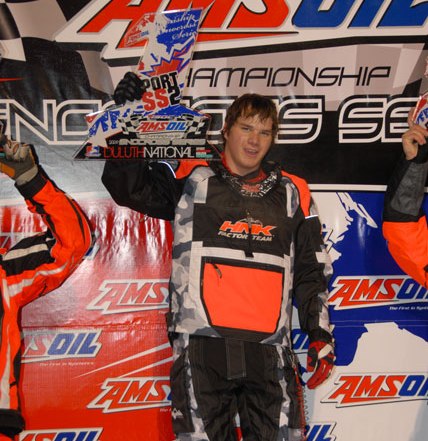 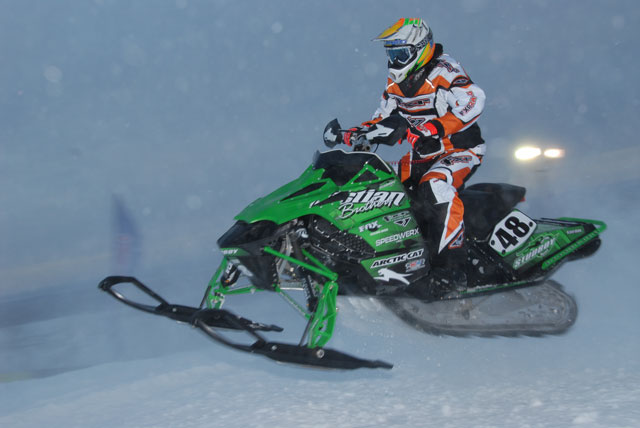 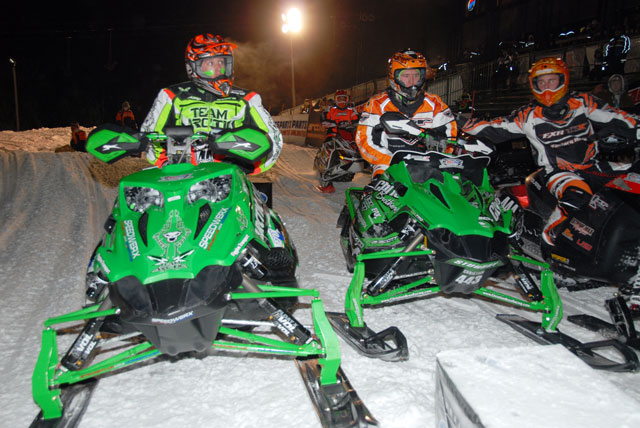 HIGH FIVE FOR TEAM ARCTIC AT

Five Wins and a Clean Sweep of Season Opener

In other words, it’s going to be another long and disappointing season for the competition.

“Of the 10 classes comprising Sport to Pro, Team Arctic won five,” said Mike Kloety, Race Team Manager. “I’d call that a dominating performance. And I’d credit the preparation and hard work of our teams coupled with the performance and durability of our Sno Pro 600 race sled.”

Tucker Hibbert’s reign over the Pro class continued as the Arctic Cat/Monster racer won every heat and final in both Stock and Open with his customary combination of speed, control and sled preparation. Hibbert’s strongest challenge came from Team Arctic’s Dan Ebert, who took the holeshot and led the Pro Stock final for six of the 20 laps before settling for second ahead of Christian Bros. Racing’s (CBR) Garth Kaufman, also on an Arctic Cat.

Logan Christian of the CBR team showed strong speed and conditioning to move within striking distance of Thomsen in the Open final, setting up what will likely be a season-long battle between them.  Add to the mix Thomsen’s new teammate, Kyle Pallin, who took second in Stock #1 (and appeared one additional lap away from winning), and looks poised for a heavy haul of hardware.

As if winning four of the top-five classes weren’t enough, Team Arctic/Sportech racer Andrew Carlson’s victory in Sport Stock #2 and third in Stock #1 proved two things: He’s the guy to beat for the class championship; and the Sno Pro 600 is a winner in every class.

“This is our third year with the Sno Pro 600,” said Kloety. “We’ve optimized the power, handling and durability to the point that it’s a turn-key winner. Add to the mix the on-track clutching support of Speedwerx, plus the knowledge and dedication of our teams’ crews, and the result is a top-to-bottom sweep like we saw at Duluth.”

The next race in the ISOC National Snocross Series is Dec. 18-19 at the Milwaukee Mile in Milwaukee, Wis. Go to www.isocracing for more information.