A Day at Skime Ranch 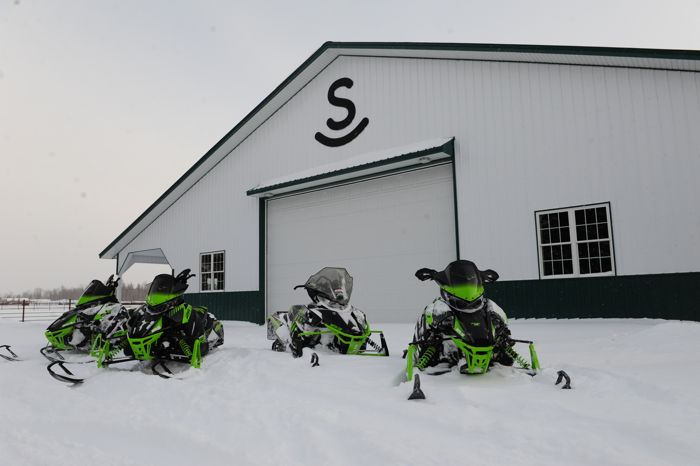 This past week I was part of a group that spent a day at Skime Ranch, the nearly 4,000-acre cattle farm in Skime, Minn. (yes, seriously) owned by Arctic Cat legend Roger Skime and his wife Bernice. 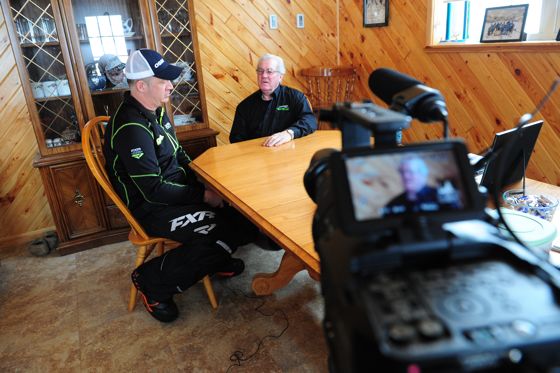 The impetus for the trip was a television project by Snowmobiler Television. Pat Bourgeois and Phil Molto were there to capture the essence of who Roger is as well as ride some of the new 2017 Arctic Cat ZR 6000 Roger Skime edition snowmobiles in the area that Roger has probably logged 100,000 miles (or more) during his 55-year career at Arctic Cat. Kale Wainer from Arctic Cat was there to help with the project. 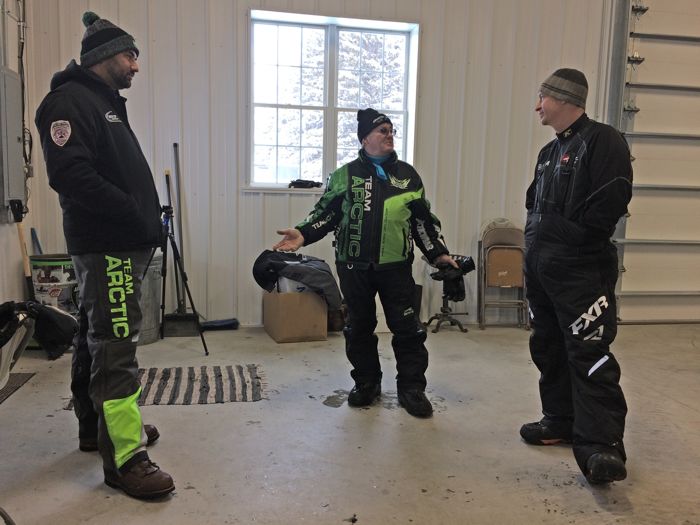 I joined the trip because, frankly, any chance I get to spend with Roger is worth taking. Roger is my inspiration, hero and friend. And any time spent with him is as good as gets.

Making this particular trip especially good was a dumping of 12-plus inches of snow the day before we arrived. It was full-on deep snow winter when we arrived at the ranch, albeit with a 20 mph wind out of the north and temps hovering around zero. Brrrrr…

We spent an hour shadowing Roger while he fed some of his 500 beloved cattle. Another hour was spent recording an interview with him that covered some highlights of his career, what he learned from his hero Edgar Hetteen, as well as other cool topics. It’s going to make a cool show, set to be aired later this winter (I think) in its Canadian market, and perhaps later on YouTube. 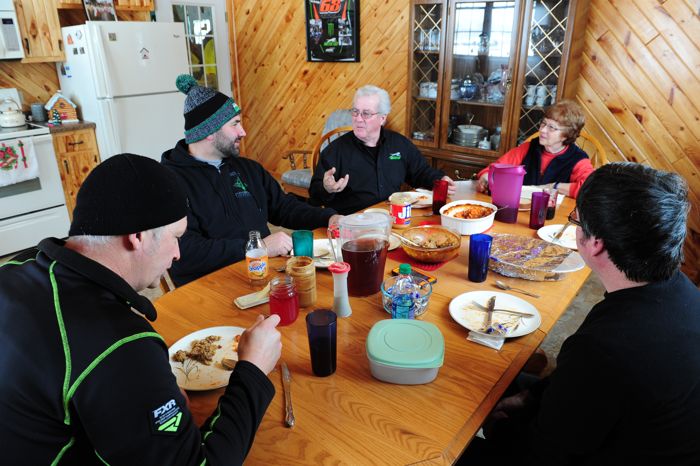 After the interview we gorged ourselves on an awesome home cooked meal from Roger’s wife Bernice, who is a sweetheart like no other and the foundation for Roger’s lifetime of accomplishment. Bernice is awesome, as everyone who knows her will attest. 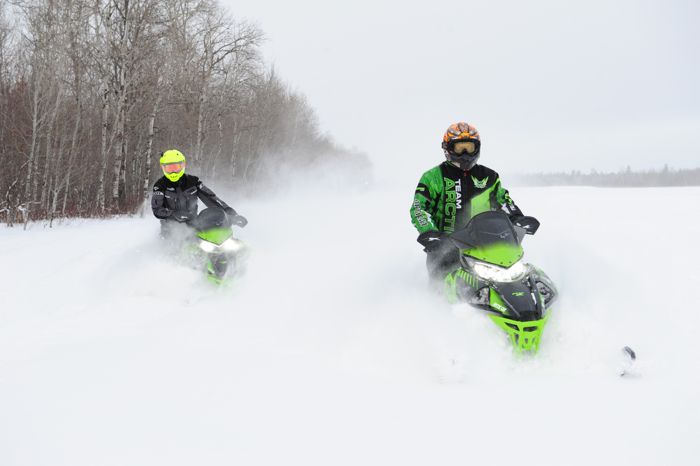 After all that, we hit the ditches and fields in Skime Ranch country. All that new snow on top of a previous foot made for some really awesome carving and jumping. 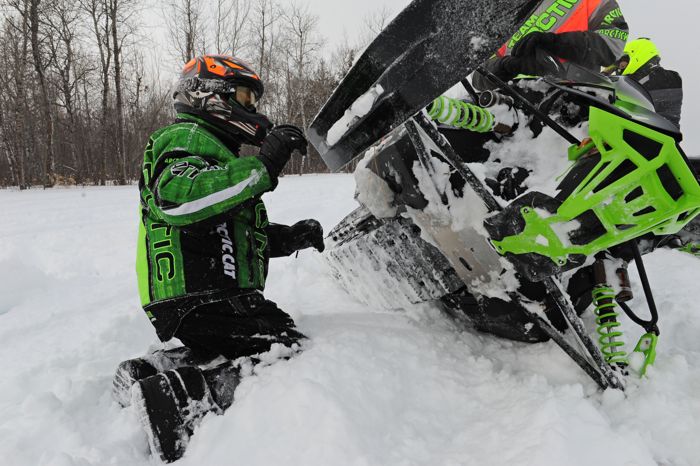 Roger being Roger, every time we stopped he was checking over the sleds, looking for cues to what might make for a better future snowmobile. This was the most fresh, dry snow that he’d ridden these production sleds in, and he found a few things that he wanted to address. Like I said, it’s a man doing what he’s done for 55 years: evaluating, testing, thinking. In a word…engineering.

As with every day spent with Roger, there were simply not enough hours to get it all in and feel satisfied. Our crew had to head back home, and with the six hour drive staring us in the face, we had to cut the ride short.

Once again, Roger being Roger…while Pat, Phil and Kale were loading up the trailer, Roger wanted to go on one more quick ride, this time on a competitive brand machine that he was very curious about. For the next 30 minutes, I followed him as he put the sled through a variety of conditions and inputs. Slow and plodding through the ditch; on/off accelerations; wide-open blasts punctuated by periods of just-above-engagement creeping. We scooted through some woods and trails. And of course we did some drag racing before heading back to the gang waiting to head for home.

Thank goodness for that! 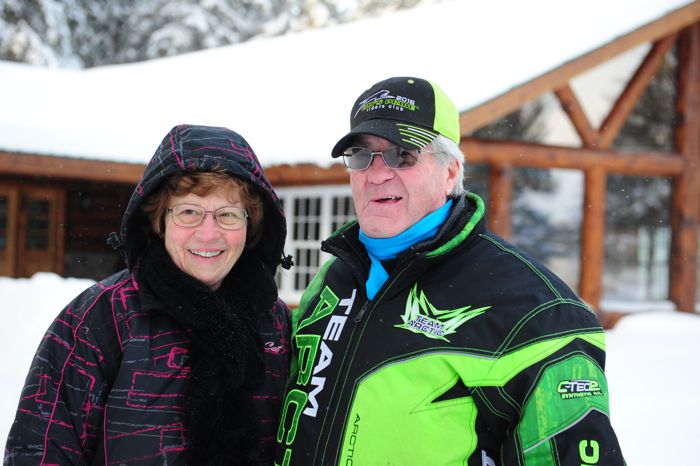 Roger parked in front of the house that he grew up in. 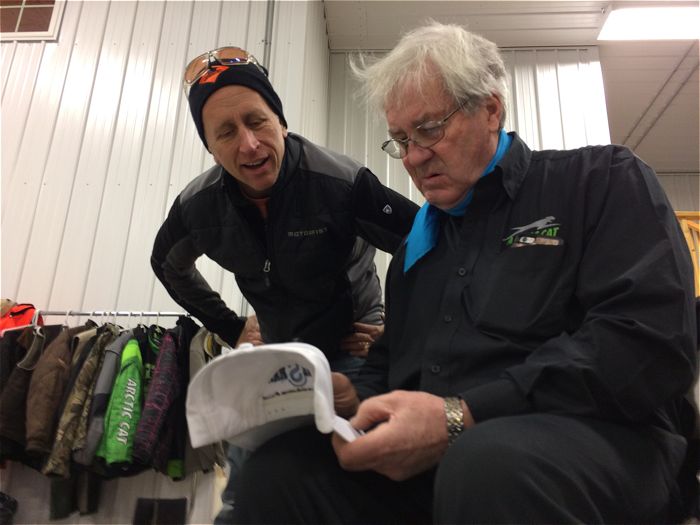 Roger signing a Skime Ranch hat that he gave me. Thanks Roger! 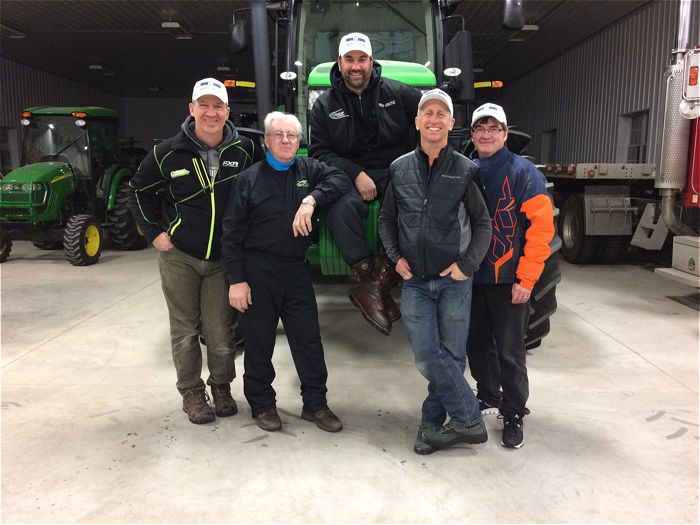