Another Classic Arctic Cat Now Resides at the ZedShed 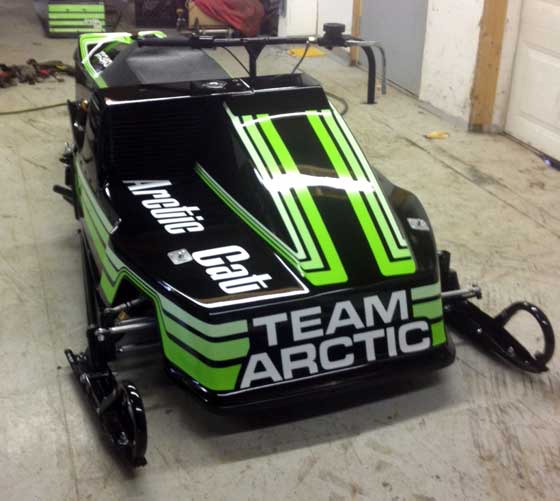 Rich Pederson of the ZedShed (New Richmond, Wis.) has another stunning Arctic Cat race sled that’s ready for display among his outstanding collection. 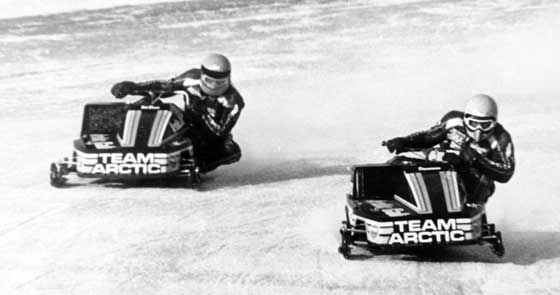 The 1980 machines were based on the 1979 Sno Pro factory sleds that Team Arctic’s Bob Elsner captured the Eagle River World Championship, and that teammate Jim Dimmerman and Scorpion’s Brad Hulings and Steve Thorsen piloted to several wins. The photo above of Elsner (left) and Dimmerman was during the 1979-80 season.

Pederson bought this particular sled 11 years ago from someone in Salt Lake City. Like all of those ’80 production racers, this 340 has been raced for years and was in need of a full restoration. Pederson tapped Paul Rodemeier from Wausau, Wis., to perform the resto and, as sometimes happens with such projects, the years flew by before the project was complete. 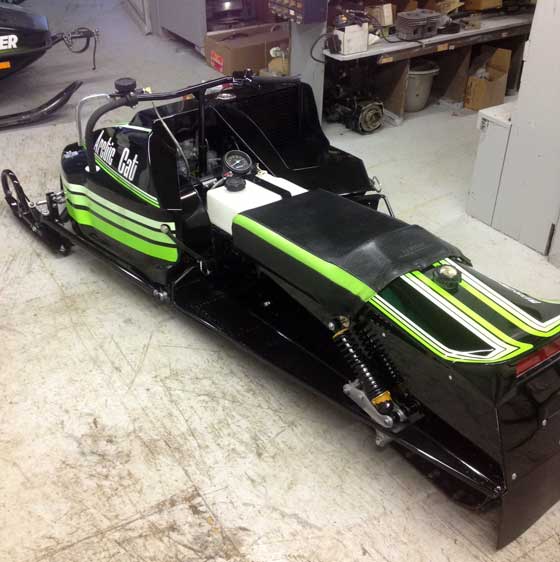 But complete it now is! And judging from the photos and information sent to me by Rob Vrieze, the sled is truly magnificent.

“You have to see it in person… nothing missed,” exclaims Rob!

I will indeed check out this sled in person when Pederson hosts his annual get-together at the ZedShed later this year. I can’t wait! 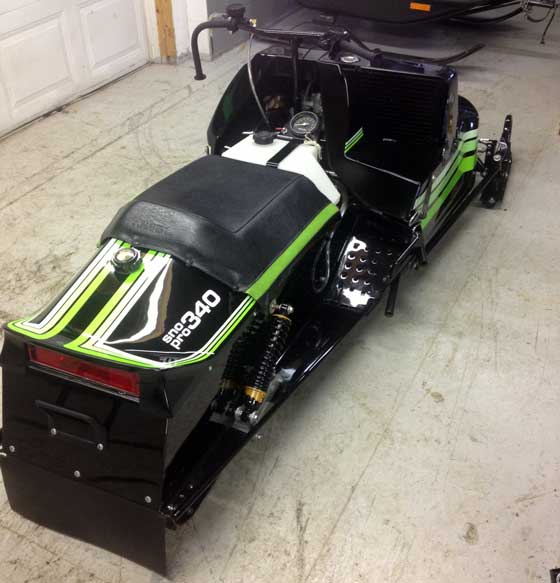