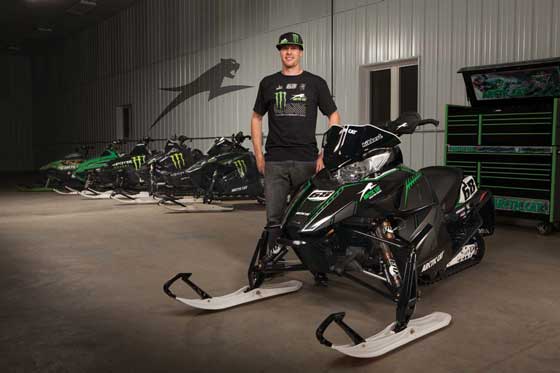 AI: First of all, congratulations on having a namesake Arctic Cat snowmobile.

Hibbert: Thank you. It’s awesome and an honor to have a replica sled. Been working on this project with Arctic Cat for a couple years. It’s been a fun project and it’s great to see it happen.

AI: This sled has way more true personalization than what previous racer-edition snowmobiles have had in the past. Tell me about what was most important to you when it came to creating this machine.

Hibbert: Yeah, I wanted it to be more in-depth than previous racer-replica sleds. It had to be special and it had to reflect components that I race with and believe in.

Some of the parts are performance enhancing, like the Kashima coated FLOAT EVOL X shocks and the gripper seat cover, which are exactly what I race with and definitely performance-focused.

The windshield is something I specifically sized and shaped for myself on the track, it’s not like any other production windshield.

And of course the white skis, rails and graphics are style elements that are important to me, and what identify this machine.

AI: And you’re going to sign each one of them?

Hibbert: The plan is to autograph each machine as it goes down the assembly line. We haven’t yet determined where, exactly, I’ll sign my name. I think we’re going to get feedback from our customers first before making that decision.

AI: The sweepstakes that’s happening in conjunction with this sled is also pretty cool, tell us about that.

Hibbert: It’s something we wanted to do to give back to our fans and to the sport. We’re going to give the #2 serial number sled to the sweepstakes winner. In addition to winning the sled, the person will get a trip to Thief River Falls to pick up the machine and spend a day with me. The hope is that we can go riding, maybe on the ditches and trails. Maybe we’ll go to the snocross practice track… we’ll do some cool stuff.

AI: Will the ride be a tour of all the gas stations that you buy Hot Stuff pizza from, like in Erskine, Red Lake Falls and Thief River Falls?

Hibbert: Hmmm… maybe we should schedule this ride to hit all the Hot Stuff locations within 500 miles of where I live, with a time limit to get to all of them. That would make it really interesting.

AI: I want you to know that if I win the sweepstakes, I’m going to demand that your dad joins us and that he shows us his mad ditch-riding skills.

Hibbert: Maybe we can get him to retrace some of the I-500 route, and he could tell us some stories about battling with Brad Pake and Jack Struthers?

AI: That would be cool. Thanks for chatting about the sled.

Below is the Press Release, tech pix and specifications:

Everyone wants a piece of him: racers want to beat him, sponsors want to sign him and fans want to get close to him. Now everyone can get his ProCross F800 Race Replica snowmobile. Designed, signed and given the stamp of approval by #68 himself, Tucker Hibbert has introduced the gnarliest snowmobile bolted to white skis!

The platform for the Tucker Hibbert Race Replica’s superiority is the ultra-light and tough ProCross chassis, with the front Arctic Race Suspension offering the ultimate precision and steering control. With 10 inches of travel up front and 13.5 inches at the rear, Tucker’s Race Replica is tuned to blast bumps and withstand even the hardest landings.

With the Arctic Drive System and Torque Control Link putting all the power to the 15 x 128 x 1.25-in. Ripsaw track.

The Limited Edition Tucker Hibbert Race Replica machine will be available at all participating Arctic Cat dealers with an MSRP of $13,999 U.S. and $15,599 Canada. 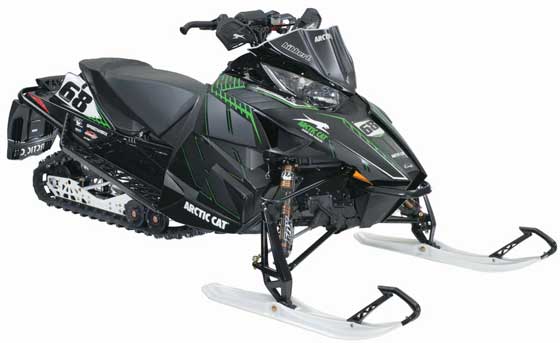 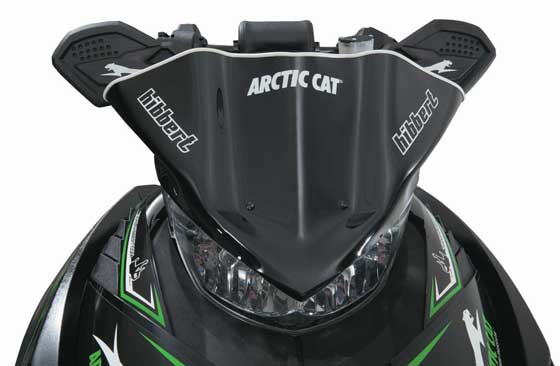 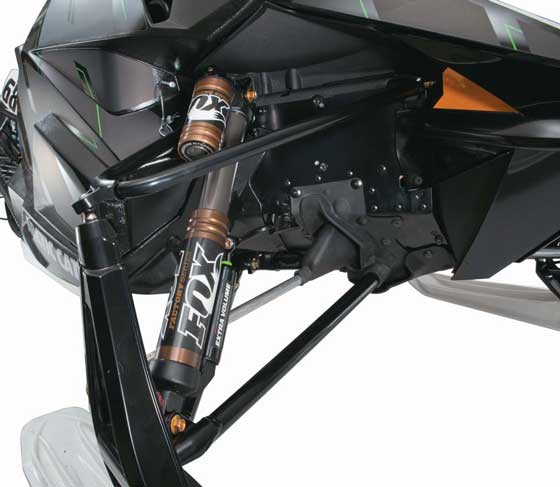 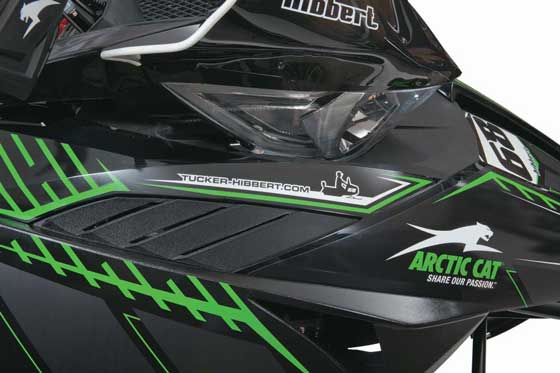 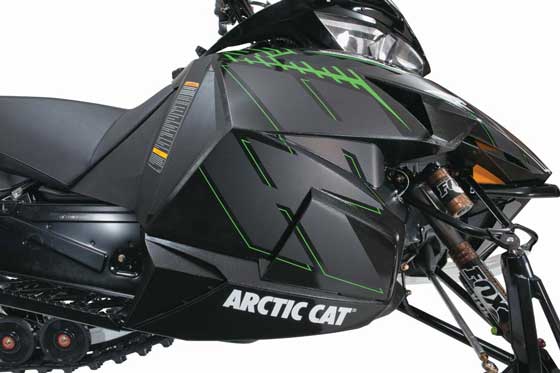 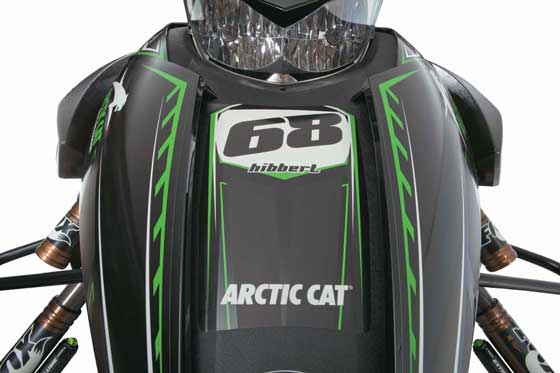 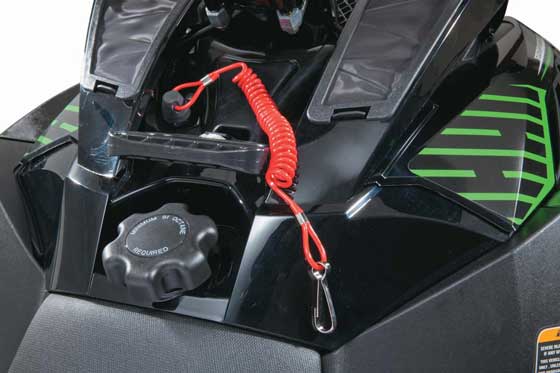 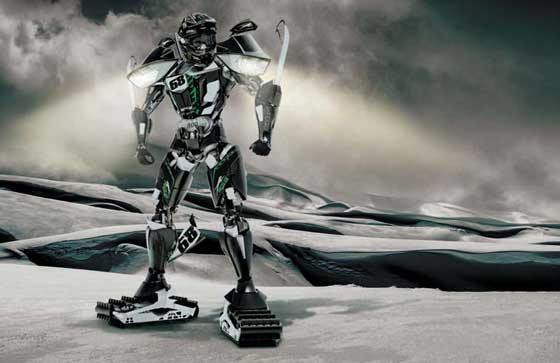