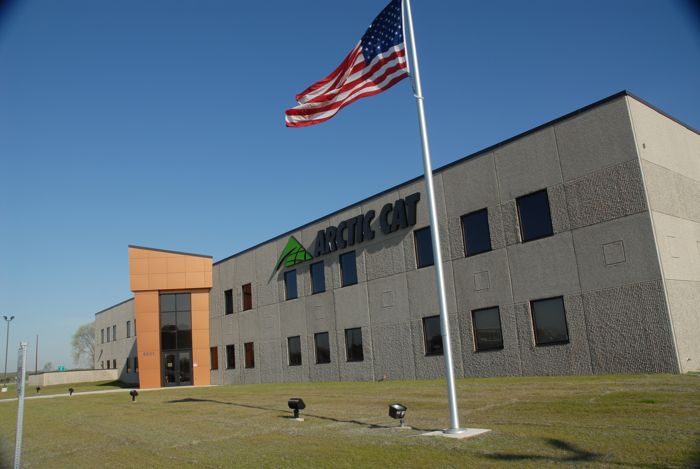 Christopher Metz, Arctic Cat’s president and chief executive officer, stated: “The company executed well in the second quarter on our strategies to reposition the business for a return to growth in fiscal 2017 and beyond. However, sales and earnings in the quarter were dampened by a greater than anticipated Canadian currency exchange impact and a softer ATV/ROV retail market industry-wide.”

Commenting further, Metz said: “During the second quarter, we introduced new ATV/ROV products to dealers in August and unveiled exciting product and marketing initiatives, including our exclusive partnership with racer Robby Gordon and his SPEED brand. Under this agreement, we will bring innovative side-by-side and accessory products to market.

“Additionally, our effort to rightsize our core North America ATV dealer inventory is on track through the first six months of this fiscal year. The significant reductions we achieved in the first quarter allowed us to introduce new products in the second quarter without increasing overall inventory levels. We remain committed to further reducing non-current inventory to enable a return to wholesale and retail growth of new products next fiscal year.”

Arctic Cat’s fiscal 2016 second-quarter net sales of $211.2 million were down 19.6 percent compared to strong prior-year sales of $262.5 million. Unfavorable foreign currency exchange reduced net sales by approximately 6.7 percent. Slightly higher sales in the ATV/ROV segment during the quarter primarily were driven by demand for Wildcat™ side-by-sides; this was not enough to offset lower sales of snowmobiles, and parts, garments and accessories.

Gross profit and gross profit margin in the fiscal 2016 second quarter were approximately $43.9 million and 20.8 percent, respectively, compared to $55.1 million and 21.0 percent, respectively, in the prior-year quarter, resulting mainly from lower sales volumes and foreign currency exchange impact. Approximately $14.1 million, or $0.64 per diluted share, of the year-over-year reduction in gross profit was due to unfavorable foreign currency exchange rates. Operating profit in the 2016 second quarter was $18.7 million versus operating profit of $24.1 million in the same quarter last year.

Arctic Cat ended the fiscal 2016 second quarter with cash and cash equivalents totaling $10.7 million, as planned, compared to $24.0 million a year ago. The company continued to make investments in the business to lay the foundation for future growth and improve efficiency.

ATVs/Side-by-Sides – Sales of Arctic Cat’s all-terrain vehicles (ATVs) and side-by-side recreational off-road vehicles (ROVs) in the fiscal 2016 second quarter totaled $70.8 million, up 1.7 percent compared to prior-year sales of $69.6 million. Contributing to the wholesale sales in the quarter were Wildcat side-by-sides. The company continued to curtail wholesale shipments of core ATV models to support its efforts to reduce core ATV inventory at its North America dealers.

At its dealer show in August, Arctic Cat introduced the SPEED® brand of race-inspired accessories for side-by-sides, as part of the company’s partnership with Robby Gordon and Todd Romano to co-develop innovative, industry-leading side-by-side products and accessories. Under the agreement, Gordon and Romano are providing research and development consulting on technologies for new Wildcat racing vehicles and high-performance SPEED branded accessories. The company also unveiled its first wave of 2016 model year off-road vehicles. The 2016 lineup features seven all-new products, including four Special Edition models built in limited quantities, powered-up Wildcat Sport models and the introduction of the new Alterra™ ATV brand.

“We are executing against aggressive new product development plans,” said Metz. “Our collaboration with Robby and Todd on the SPEED brand reflects Arctic Cat’s commitment to the high-performance, off-road vehicle market with Wildcat side-by-sides and accessories. Our new 2016 side-by-sides and ATV models are just the beginning of the innovation that we intend to bring to market, as we strive to create the ultimate off-road riding experience.”

In September, the company previewed a prototype single-ski snow vehicle, named the Arctic Cat SVX™ 450, at the 2015 Haydays Grass Drags.

“We are pleased to develop the industry’s first-ever, purpose-built OEM snow bike,” said Metz. “Snow biking is a growing sport across western North America. Our patented SVX 450 snow bike is designed to provide an exciting new riding experience for a category of riders who want the lightest, most affordable vehicle for mountain riding. We look forward to officially introducing our snow bike in the future. This is another example of Arctic Cat’s focus on innovation.”

Parts, Garments & Accessories – Sales of parts, garments and accessories (PG&A) in the fiscal 2016 second quarter were down 13.2 percent to $30.5 million versus $35.1 million in the prior-year quarter. The decline is primarily attributable to unfavorable foreign currency exchange and the timing of shipments, as the company changed its ATV/ROV PG&A preseason dealer order program at its August 2015 dealer show from one order, which created a single large shipment in the second quarter, to three order and shipment windows. The result of this change lowered PG&A shipments in the 2016 second quarter versus the prior year, but is expected to more evenly spread out the timing of shipments. Arctic Cat anticipates modest growth in its PG&A business this fiscal year, chiefly fueled by contributions from MotorFist® brand high-performance snow garments.

Commented Metz: “In this rebuilding year, we are addressing many near-term challenges and we are making significant progress against our strategic plans. However, due to the intensifying impact of unfavorable foreign currency exchange rates, we are lowering our fiscal 2016 full-year revenue and earnings outlook.”

Stated Metz: “We are confident in our strategic plans to turn the business around. While we face ongoing challenges over the next few quarters, including continued foreign currency headwinds, we see tremendous opportunities to improve the company’s operations, expand gross margins and enhance financial performance over time. We remain excited about Arctic Cat’s long-term future.”