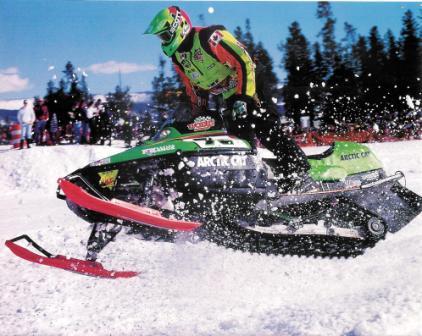 I know he ended his career with Ski-Doo, but I still think of him as an Arctic Cat racer. Call me biased.

He was paralyzed in a motocross accident in the fall of 2008. The video below from GoRidingTV.com shows him at home in Canada and riding his Rhino UTV. It’s good to see him and hear him talk. I hope to see him sometime sooner rather than later.