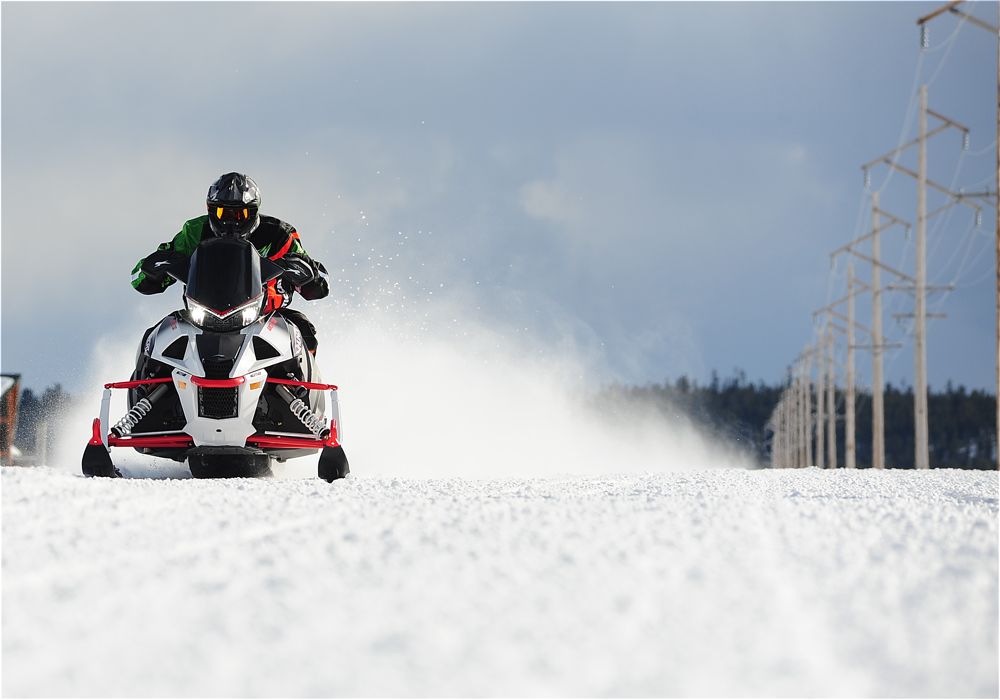 A new, modern Arctic Cat Thundercat returned to the frozen battlefields of speed this past winter.

It had some mighty deep tracks to follow to earn the name “Thundercat,” as the original is still legendary among those who experience it.

It also had the challenge of overcoming the outstanding performance the previous 9000-Series machines that had been powered by the Suzuki twin turbo.

I’m gathering info for a story that will appear later this summer about where exactly the new T-Cat landed compared to its predecessors, both in stock and mod form.

For now, I’ll leave you with a few pix that visually capture this Kitty’s thunder.

These pix of the 2017 Thundercat were taken in February of 2016 near Island Park, Idaho. The intent that afternoon was to capture its incredible speed in a “still” photo, which is no small task.

After shooting the Thundercat, we grabbed a XF 9000 Cross Country, just to see what kind of additional hook-up the 137 x 1.7-in. track offered.

In the right snow, with Kale Wainer hitting the throttle just right, the front end of the big Cat pointed up as if to answer the question with an exclamation mark! 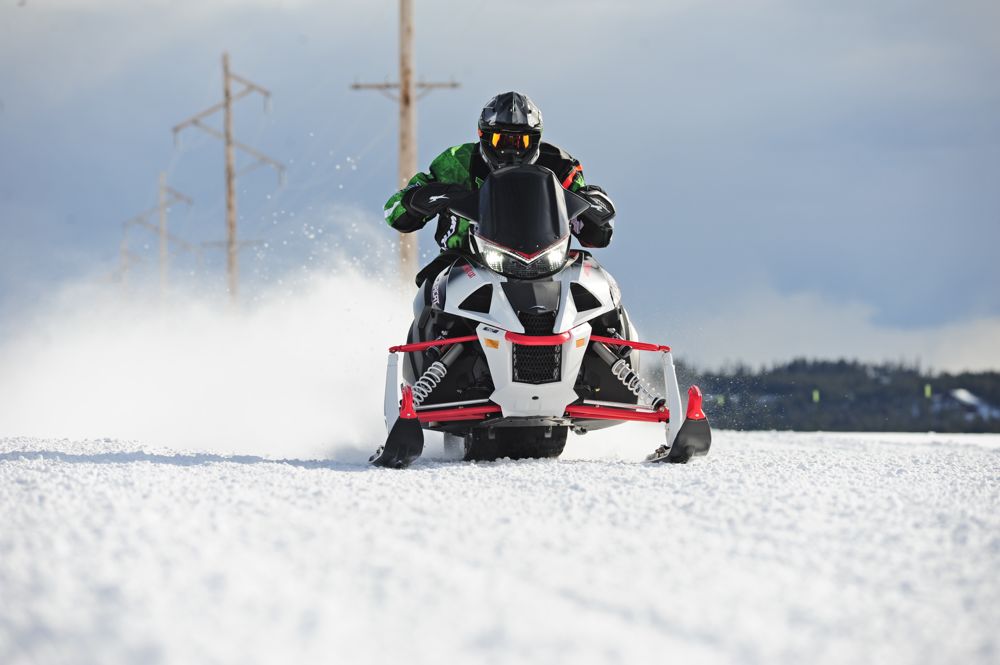