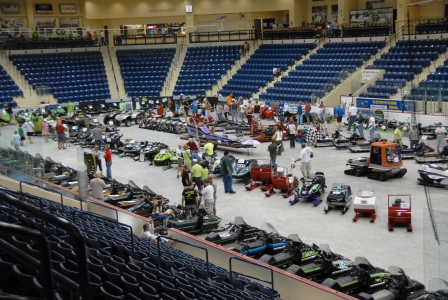 Nothing like seeing hundreds of classic Arctic Cats, all prepped and delicious. Seriously, the sheer number of machines (as well as the rarity of many) leaves me in awe of how much work the owners put into preparing, detailing and bringing their sleds/displays here. THANK YOU to everyone who brought stuff! 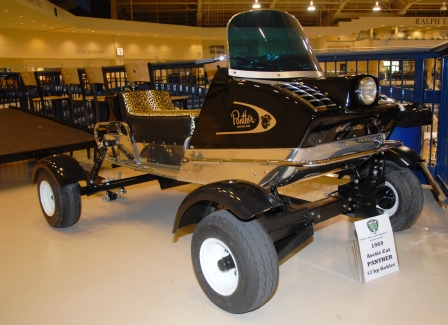 Is it true Arctic Cat unveiled a new dirt buggy at the 50th? This pic might answer the question. 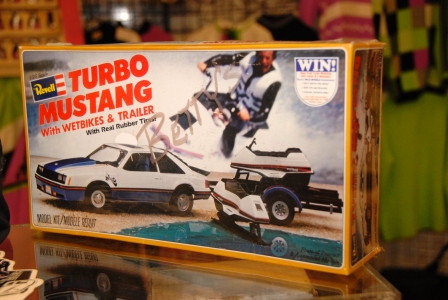 Lots of model making seminars, with the smell of Testor’s glue and paint wafting through the air. 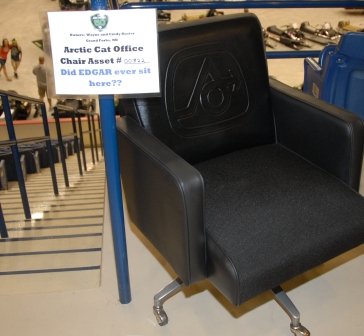 Did Edgar really sit on this? Only Wayne Kuster knows for sure. 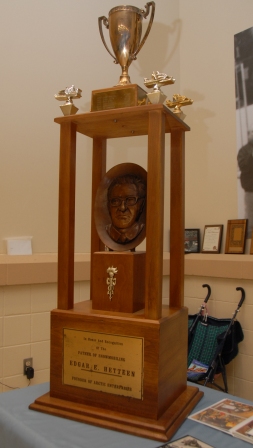 I really wish Edgar would have made it to see this event. We all owe him such a debt of gratitude. The original Hetteen Cup did make it to TRF, however, thanks to the Hetteen family. 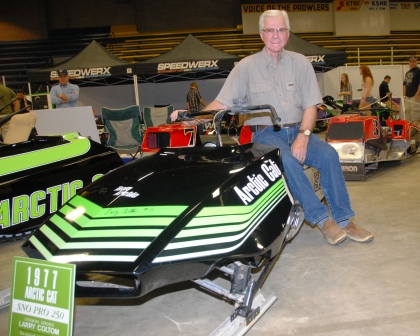 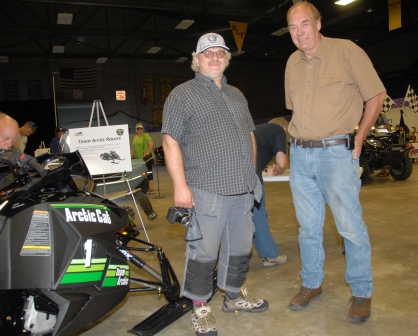 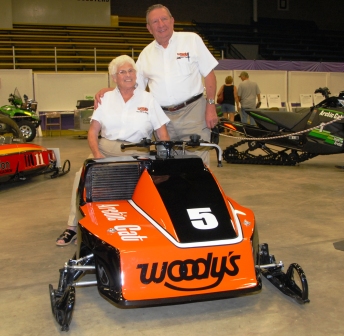 One of the great families of snowmobiling, the Musselmans of Woody’s fame are here to see old friends and some of the great machines they’ve helped make history with. 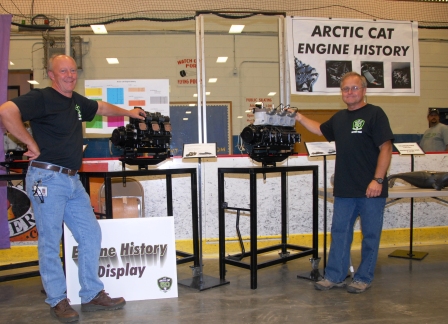 Greg Spaulding (l) and Donn Eide were kind enough to pose with some prototype engines on display, including a 500cc triple and 1100 triple that never went into production. Andy Olson built this sweet display. Thanks Andy! 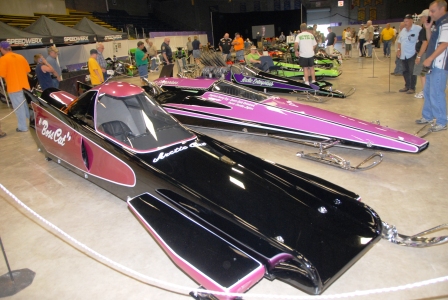 Seeing the reproduction Boss Cat I (foreground) with the original Boss Cat II and III left me and thousands of others speechless. These monumentally-historic sleds draw a crowd all day long.

Serious kudos to Brad Warning (r) of the Warning family. They own all three Boss Cats and made such a reunion possible. Brad is awesome, allowing people to crawl into Boss Cat II and III to snap momento pix.

Serious kudos as well to the guy on the left: Kenny Halvorson, who did the fiberglass mold on the Boss Cat and hundreds of other Arctic Cats throughout the past 50 years. 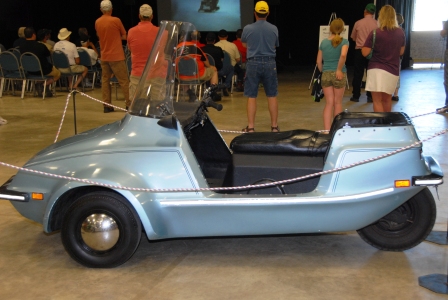 Spyder-schmyder. How about this famous prototype from the Arctic Enterprises era? 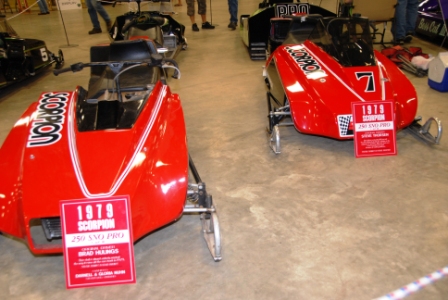 The Scorpion Squadron is here. Famous race sleds’ of Brad Hulings and Steve Thorsen. I always loved these oval beauties. 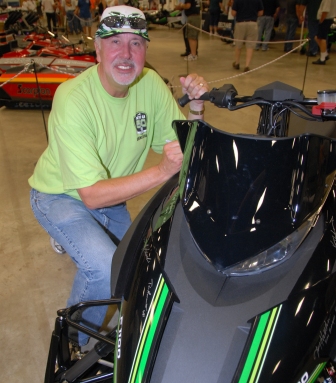 “Screamin’ Scott” Eilertson is here, smiling big as always. He’s signing his name on a raffle F1100 for the Snowmobile Hall of Fame. I tried to get Scott to jump over some cars with this sled, but he was unwilling. I guess it’s not 1975 anymore, is it? 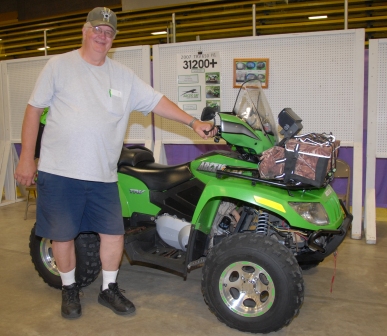 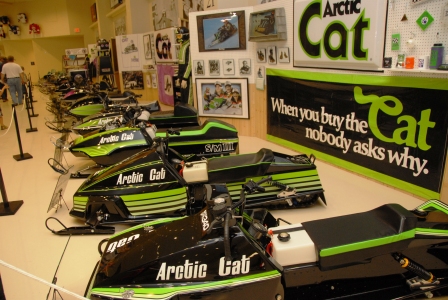 The Ische family has many of their incredible collection on display and looking beautiful. By the way… When you read ArcticInsider, nobody asks why. 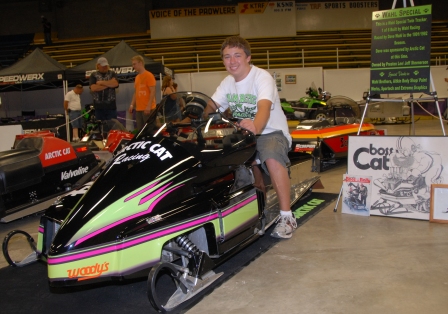 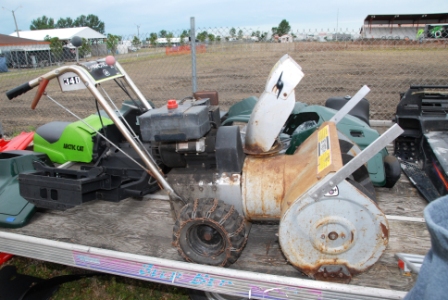 Lots off stuff at the swap meet, including this Arctic Cat snowblower. No snowfall this weekend, but this place will be covered in five months. 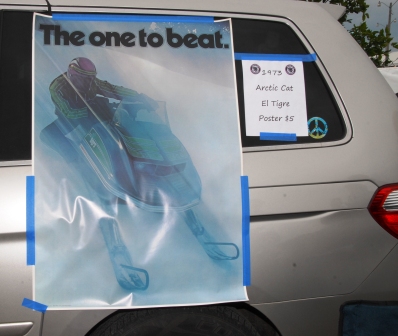 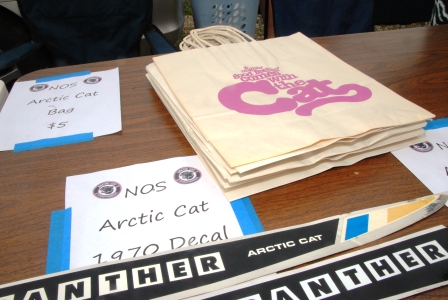 …and brought it home in one of these bags. 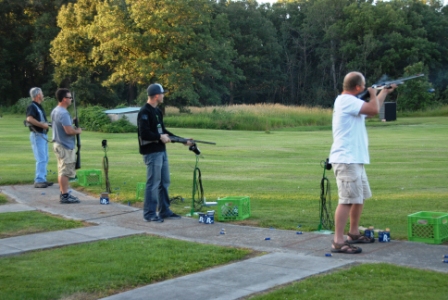 Wait a minute… what’s Kevin Thompson, Brian Dick and Tucker Hibbert doing watching Brad Pake shoot his gun? What the…???? For the record,
Tucker missed five in a row, while his wife Mandi went 24-for-25. 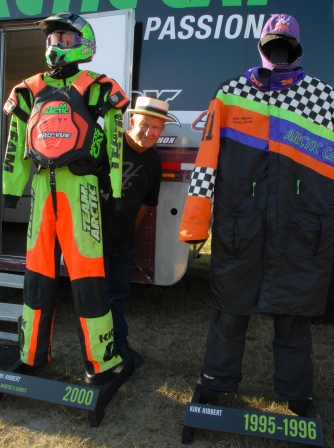 Who’s that Cat peeking behind a display?

Stay tuned, another report will be up in not too many more hours.