Eagle River 1976: Calm Before the Storm 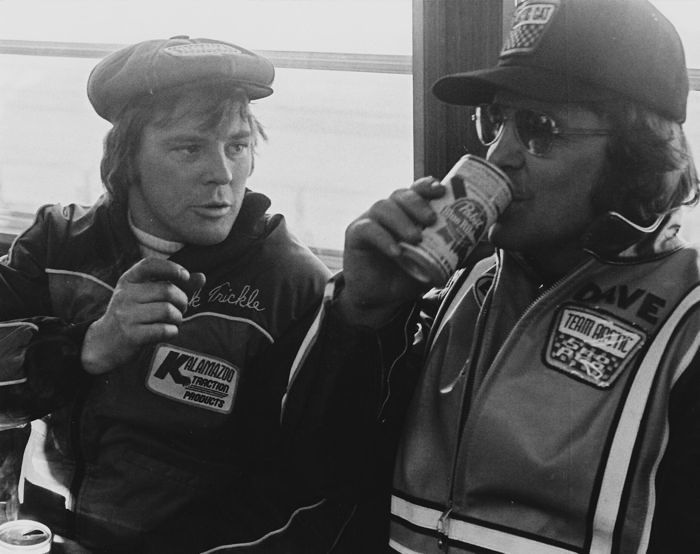 As per tradition at the time, on Saturday afternoon following the qualifying heats and races, the 10 finalists for the World Championship gathered for a group photo. Afterwards the finalists went into the press box located on top of the hill along the front straightaway, where they remained available to answer questions from the assembled media.

There, in a moment of calm before the racing storm that would unfold in less than 24 hours, Team Arctic’s Dave Thompson (right) and Yamaha’s Dick Trickle shared their thoughts while sharing a Pabst.

Of special note: This was the year that Thompson returned to racing following a chilling crash at the 1975 Eagle River Derby (the result of which was two broken legs, a smashed hand and a severe back injury).

1976 was Thompson’s last season as a racer. He would transition to be the team manager beginning in 1977 and would continue to work at Arctic Cat for another three decades.

Photo from the C.J. Ramstad Archives