FOX SHOX Midwest: A Day Inside (and Outside) 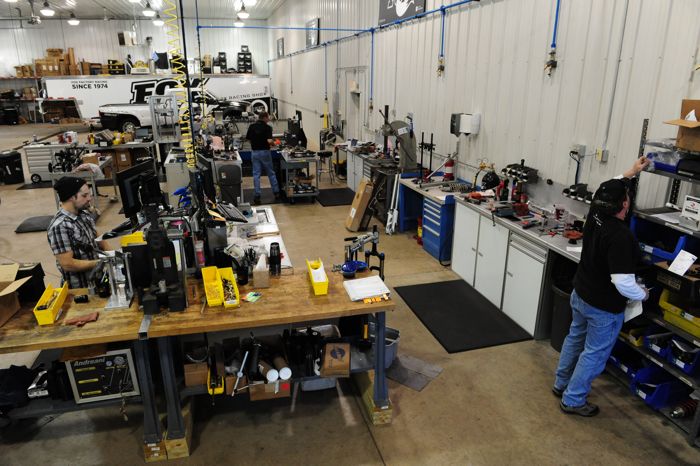 The LAST TIME I visited the FOX SHOX Midwest Service Center in the fall of 2012, the gang there threw an invite to return during the winter.

Zoom, 14 months whip past before the stars aligned in March for a day with Rick Strobel (Race Manager of the Powersports Division) inside the shop and riding the ditches and trails near the Baxter, Minn., location.

Like all good things, however, it was worth the wait. 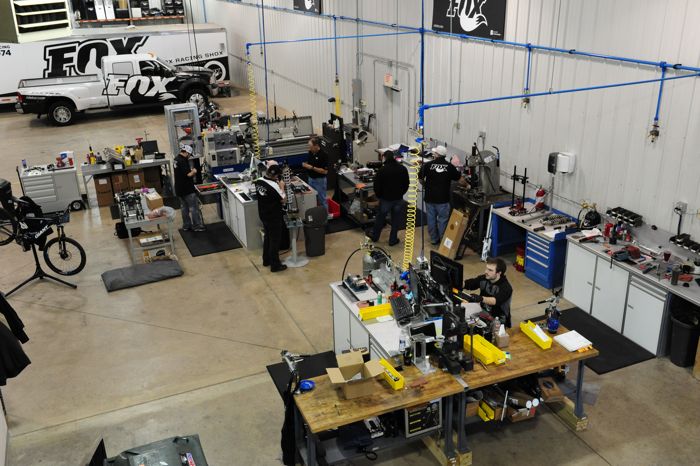 FOX has grown it’s Midwest Service Center since my last visit, upping the employee count from seven to 11. Much of that human power is focused on rebuilding FOX shocks, be it snowmobile, moto, ATV, side-by-side or bicycle dampeners. 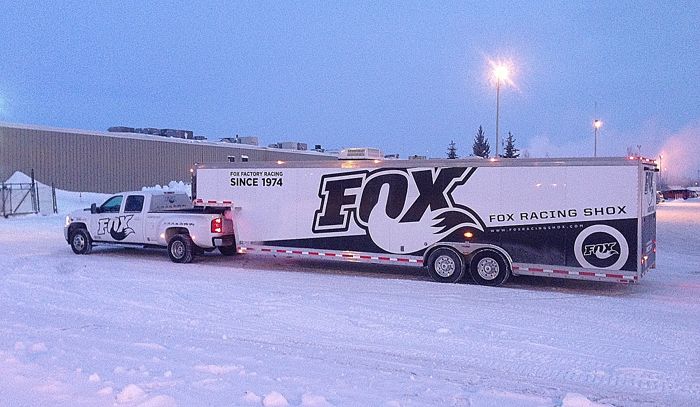 Add it all up and the FOX Midwest crew are running at WOT most of the year. 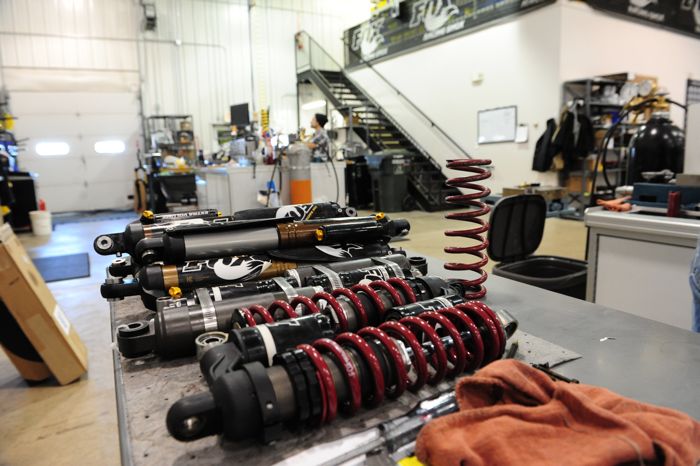 Day in and day out, the job at the Midwest center is rebuilding shocks. Every day throughout the year worn and tired shocks arrive for some rebuilding love. 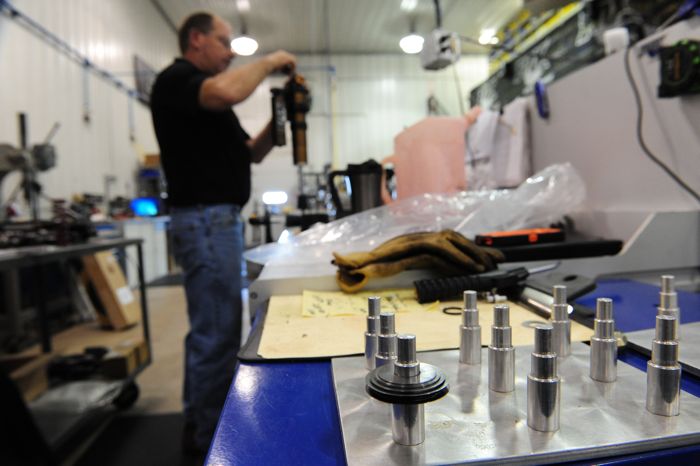 Sometimes it’s just an oil/seals/charge, other times it’s a recalibration based on a consultation with the FOX crew.

Either way, the rebuilt shocks are shipped back to their soon-to-be-happy owner 1-2 days later. 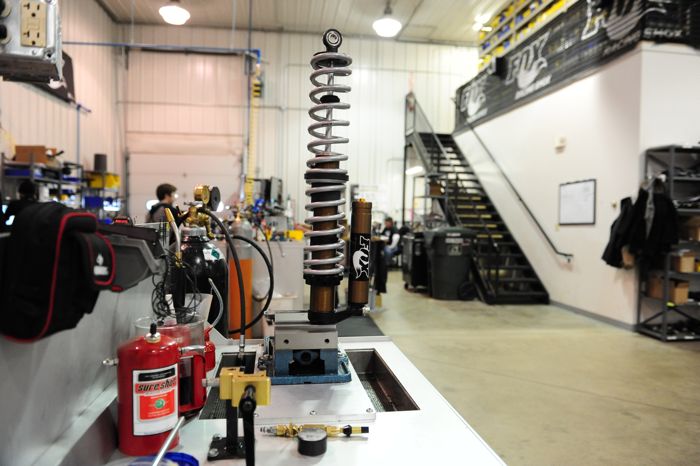 FOX shocks for UTVs like the Arctic Cat Wildcat are now part of the service equation and another factor in the service center’s growth. 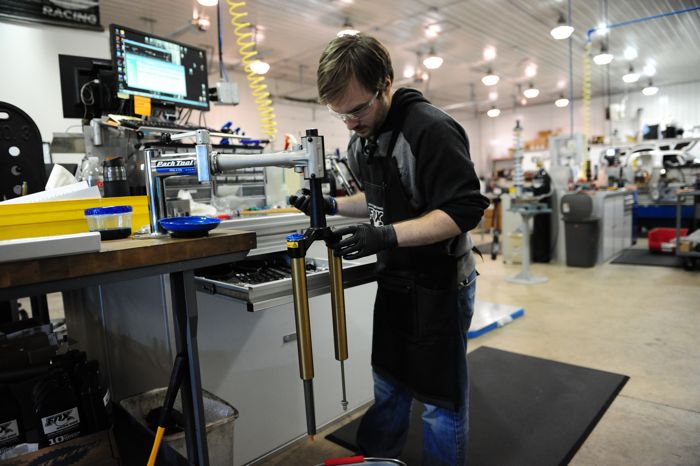 Ditto for the bicycle fork/shock service, another recent addition to the Midwest center since the last time I was here.

One reason FOX is so innovative is their involvement in so many sports and industries. The cross-pollination of technology between bikes, moto, off-road and snowmobiles accelerates the pace of development for all categories. 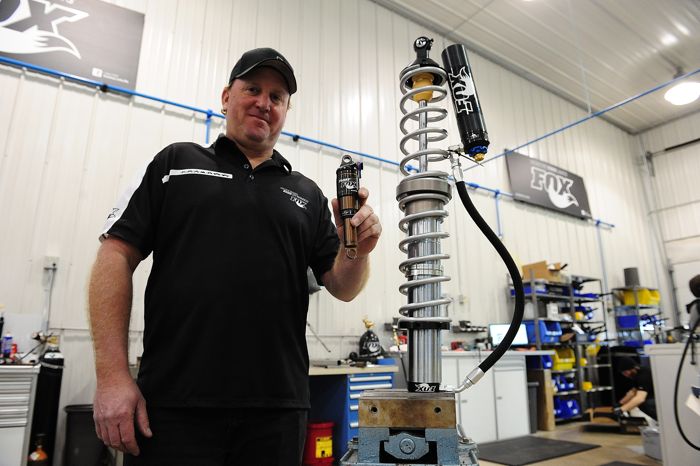 The wide range of FOX shocks is well illustrated by this shot of Strobel holding a rear suspension shock for a mountain bike next to a monster shock for an off-road truck. 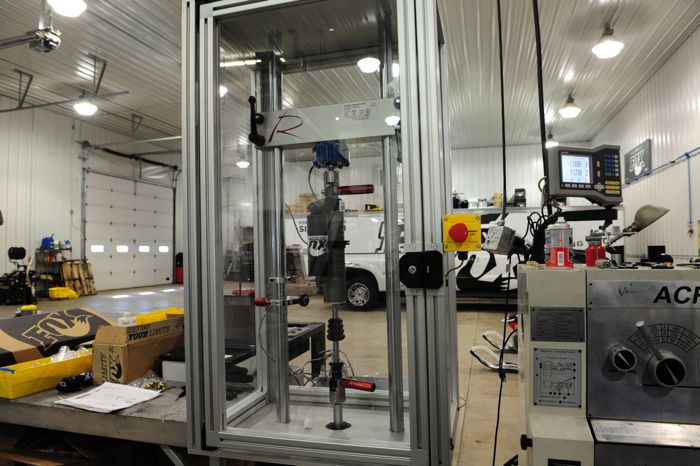 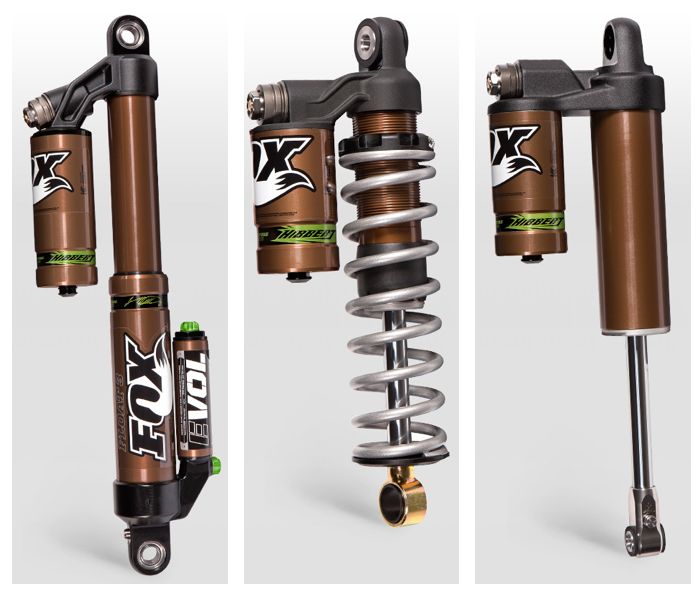 Some of the development this past winter centered on the new-for-2015 Tucker Hibbert Signature Series FOX SHOX.

They’re available through Arctic Cat dealers and on the Arctic Cat e-store.

I’m not exactly sure who this Tucker Hibbert guy is, but the FOX SHOX that bear his signature are the ultimate dampeners. 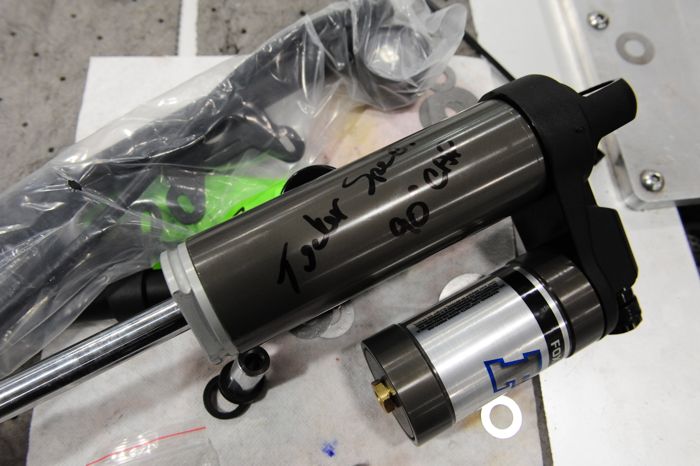 Spotted on a bench at FOX were these standard series shocks sporting the Tucker valving spec. 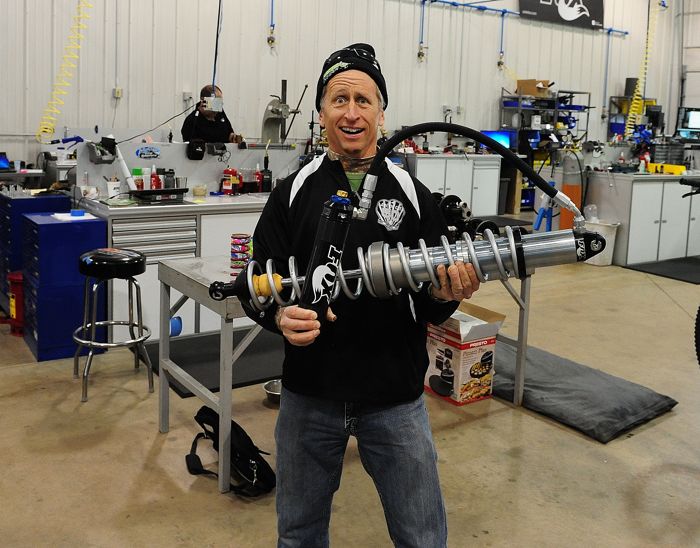 For sledders who want the ultimate in shock performance, I recommend the ArcticInsider Big Gun-Series shocks, which I’m holding. They’re oversized to impress your friends and frighten your enemies.

Just kidding, this monster shock is the off-road unit I mentioned earlier in the story. 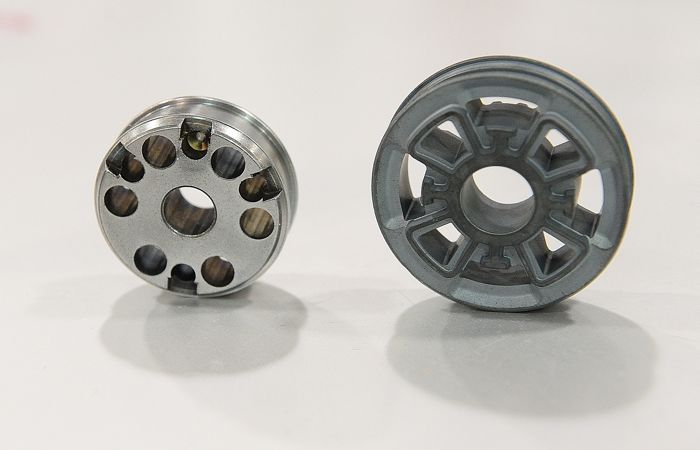 *It uses shims to control low-speed movement, rather than a low-speed hole in the piston. The result is more oil flow for a given shock movement, more supple ride;

*Each surface of the piston has raised ridges (rather than the flat surface of the old piston), which reduces the force needed to initiate piston travel through the oil, enabling smoother initial compression on small hits; 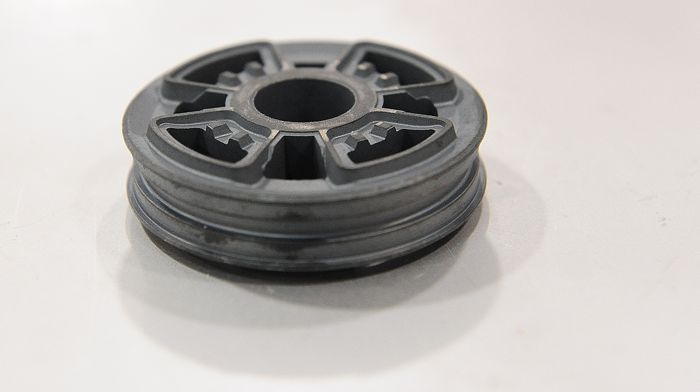 A close-up of the raised edges. 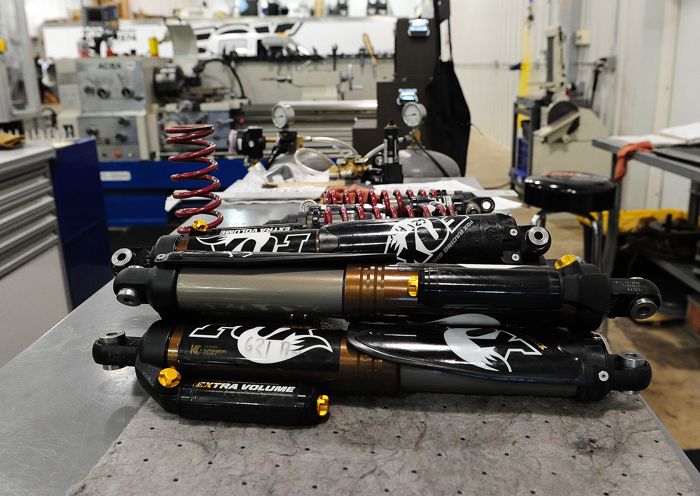 One topic of conversation from this day was about the reluctance of some Alaskan Iron Dog racers’ use of FLOAT-style shocks, for fear of losing air pressure and thus dealing with a collapsed shock.

According to Strobel, such situations are extremely rare. When they do occur, it’s not the frigid temps that people claim, but usually a piece of debris/contaminant that gets lodged into the shock’s valve core.

If you experience a severe loss of pressure on a FLOAT shock, a fix is usually as simple as removing the valve core and cleaning it (a few dunks/wipes in warm water or a liberal spraying of Windex), then reinstalling. 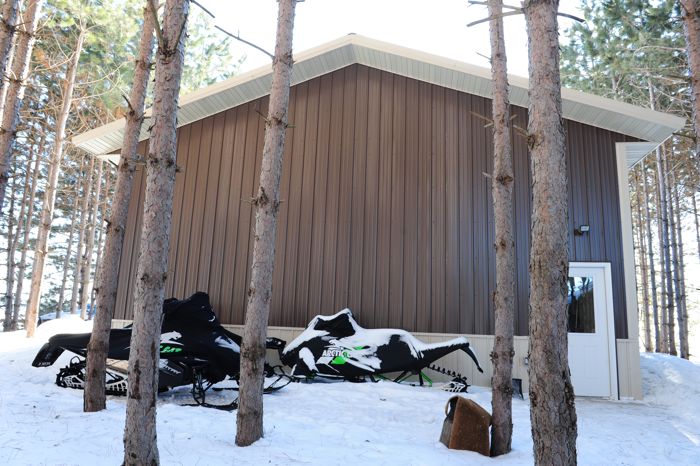 After the complete tour of the service center, Strobel and I hopped on sleds and rode south about 20 minutes to their remote testing shop, located next to a snowmobile trail. 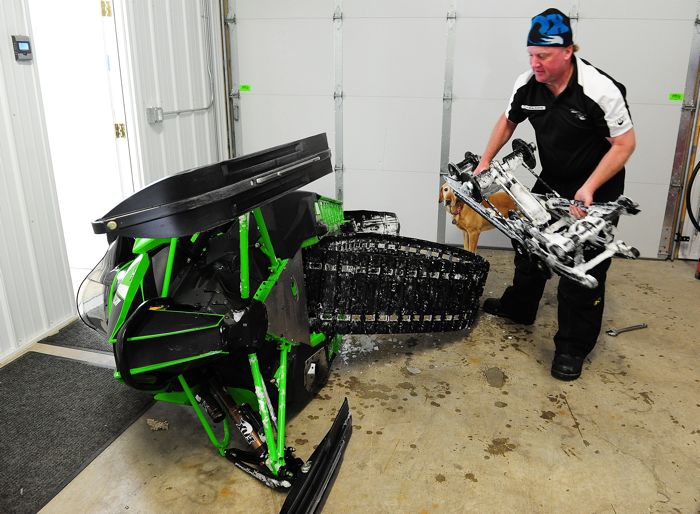 Inside, Strobel removed the skidframe from the Arctic Cat ZR 6000RR test machine to swap shocks that he was preparing for an upcoming test trip in Thief River Falls. 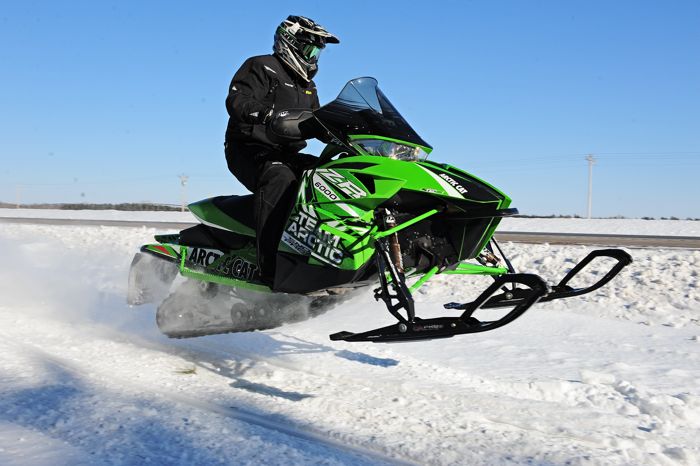 With the revised shocks installed, Rick ripped a few passes on a whooped-out section of ditch a mile or so from the shop.

Then we proceeded on a brisk 90-mile ride on the network of trails south of the Brainerd/Baxter area.

We kept swapping sleds, feeling the difference between the Hibbert Signature shocks and the stock FLOAT 3s/ZERO units on my El Tigre 6000.

The Hibbert shocks are great for hard pounding, especially on the square-edged stuff. Plus, when calibrated according spec, any of the FOX shocks with EVOL chambers deliver flatter cornering with less “roll” on the front.

I’m frequently asked if the RR package (and now the Hibbert Signature shocks) are the best shock option for a particular rider. The truth is, I can’t answer that question, because we all have different riding styles and preferences.

Personally speaking, the stock Sno Pro package calibration works damn well for me. I seldom seek anything stiffer, at least for 90 percent of the riding I do.

However, I do prefer the cornering characteristics of EVOL-equipped shocks, and I’ll be aiming to get a set of those ski shocks this coming season.

Plus, for riders who like to fine-tune their sleds, the nearly limitless adjustability of the premium FOX shocks offers even greater gains in comfort and control.

Not satisfied with your FOX shocks? The beauty of FOX shocks, and the Midwest Service Center in particular, is that you can get your shocks tuned to whatever style of riding you prefer.

If you’re uncertain about changing the calibration of your shocks, I strongly recommend talking to the folks at FOX. They can help determine what options are available and whether or not your shocks need love.

Should you opt for shock love from FOX, summer is the ideal time. Which reminds me: The shocks from my son’s race sled need some love. Better get ‘r done.

That’s all for now, thanks for reading.