Here’s Part II on the Arctic Cat sleds from the recent past that I believe will be highly collectible/prized 10-30 years from now.

Of course, with as many enlightened people that posted on Part One of the story with their own great ideas, there might not be any surprises here. So bear with me. 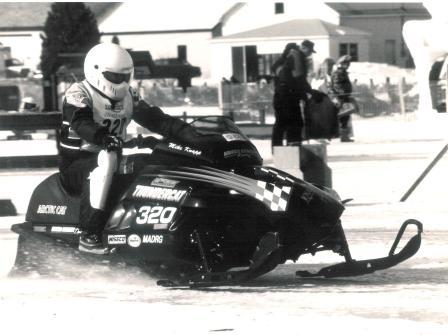 The 1993 model year was significant for more than just the debut of the amazing ZR. It was also the year the Thundercat hit the lakes and speed runs, and those two surfaces would never be the same again. With its smooth 900cc triple-triple, Arctic Cat upped the performance ante by a HUGE margin. It had the sound, the name and the cajones to back it up. Jim Dimmerman proved it was the fastest stock sled on the planet when he went 113.984 mph in 1000 feet on the NSSR circuit that winter, and Mike Knapp (above) showed it was king of the drags. Subsequent T-Cats got faster with the migration to the ZR chassis and, later, the 100cc bump in ’98, but this first one seems likely to be the most collectible.

Another triple-triple has a seat at the table of favorites: the 1995 ZRT 600. A reaction to the “baby triple” engine class made popular by the Polaris XLT Special, the ZRT 600 was the answer Cat fans had waited for. Fast, fast-sounding and all-black except for some small decals, the 500-unit pilot build of 1995 quickly moved to the head of the class. When Brian Sturgeon won the F-III class at Eagle River that season, Arctic Cat fans rejoiced in much the same way as when Bob Elsner won in 1979, and Dimmerman in 1984. 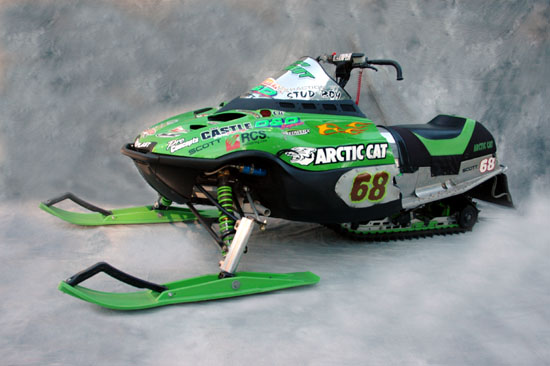 When just 25 “production” race sleds are built for a single season, each will undoubtedly be highly-prized. Add to the mix unmatched success on the race circuit, and “highly-prized” quickly turns into highly-valuable. Such is the case with the 25 mod sleds built by T/S Racing (to Arctic Cat’s specifications) for the 2000-01 snocross season. Incorporating much of the same technology used on Tucker Hibbert’s one-off Mod sled that he won the 2000 X Games with, the 25 T/S-built sleds had a narrow tunnel, 14-in. wide track, lowered fuel tank and stamped, channeled tunnel. All ideas that would influence the next sled on this list. Between Hibbert and Blair Morgan, this mod sled never lost a National snocross final in 2001.

Simply put, the 2002 ZR Sno Pro 440 was an amazing, historically significant snowmobile, and the race sled debut of what would become the Firecat. Its 13.5 x 128-in. track completely broke with tradition, as did the laydown engine with both the exhaust and intake on the same side. The three-point, side-mounted engine, over-the-motor-steering, driveshaft-mounted brake disc, front-of-the-hood air induction system and clever multi-tasking of dozens of parts pioneered new ways of engineering, and produced a race ready sled that weighed just 430 lbs. Teething problems took some of the shine off this milestone machine, but it won five of six WSA points titles that season. Roughly 500 were built. 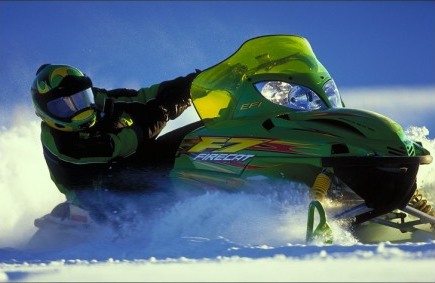 The 2003 F7 Firecat was such a rocket that even today it’s evenly matched with all but the most finely-tuned of the current 800s. Ultra-light, ultra-low, ultra-skinny and packing some SERIOUS wood in the 700cc stove, the ’03 was a mind-blower its first season, and quickly earned “legend” status among the drag racing set. Subsequent F7s lost a bit of their edge, due to tweaks to the engine and chassis that addressed warranty issues. Arctic Cat has had many badass, fire-breathing bullets in its 49-year history. The ’03 F7 is among the very best of them.

In the winter of 2000, with an irate National Park Service on the verge of restricting (or even eliminating) snowmobiles from Yellowstone National Park because of the emissions from 2-stroke engines, Arctic Cat took the proactive step to loan two prototype 4-stroke snowmobiles to the NPS as a “peak” into the future of clean snowmobiles. Dubbed the “Yellowstone Special,” these two sleds showed tremendous leadership on the part of Arctic Cat. The effect is said to have made a huge, positive difference in the NPS’ outlook for snowmobiling in Yellowstone. Two years later Arctic Cat would be the first OEM to offer a 4-stroke engine in a modern snowmobile. If either of the first two Yellowstone Specials exists, they’re worth their considerable weight in gold. 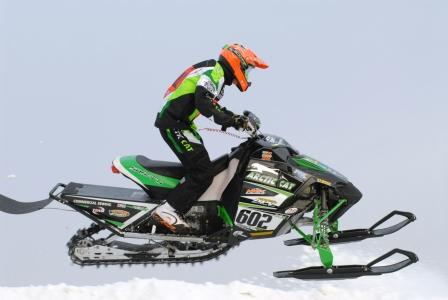 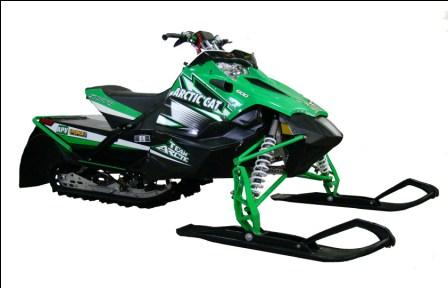 The last sled on my list is actually the machine that sparked the whole idea of writing this story: the Sno Pro 600. Introduced in 2008, this rider-forward, purpose-built terrain racer was jaw-dropping gorgeous when it was introduced and, in my opinion, even now entering its fourth year. While its unmatched success in snocross and cross-country over the past three seasons give it a high level of collectability, the fact that so few of these machines were built will make it extremely sought-after and valuable in the coming decades. Only a few hundred of these sleds were produced each of the past three seasons, with a large chunk of those going to Scandinavia, making any one of them extremely rare. Might the consumer-friendly Sno Pro 500 enjoy collectability status in the future? Possibly. But the Sno Pro 600 will for sure, and 30 years from now there will be A LOT of us who wished we’d bought one now and held it in storage until the time comes.