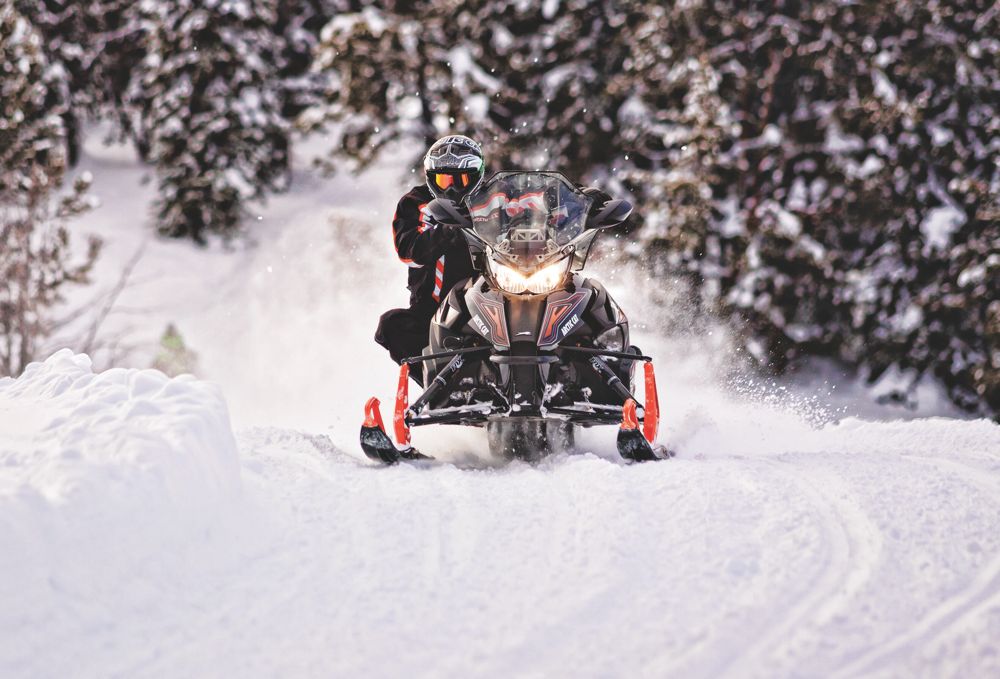 Arctic Cat suspension engineers proved this old axiom with a couple small calibration changes on the rear suspension of 2016 129- and 137-in. trail sleds that impressed me and other snowmobile journalists who rode these machines.

The change: a new dual-rate spring for the front track shock on 129- and 137-in. models, plus new rear torsion springs for the 137-in. models.

The upshot: it’s change(s) anyone can make on their previous model year ProCross sleds.

In talking with engineers Brian Dick and Jeff Olson, the spring change(s) for 2016 were the result of an ongoing process to improve the cornering and handling prowess of the ZR line. Feedback from some Arctic Cat customers as well as their own considerable seat time on these machines indicated that, for riding trails with lots of corners, there was a desire for more aggressive carving and less tendency for inside ski lift. 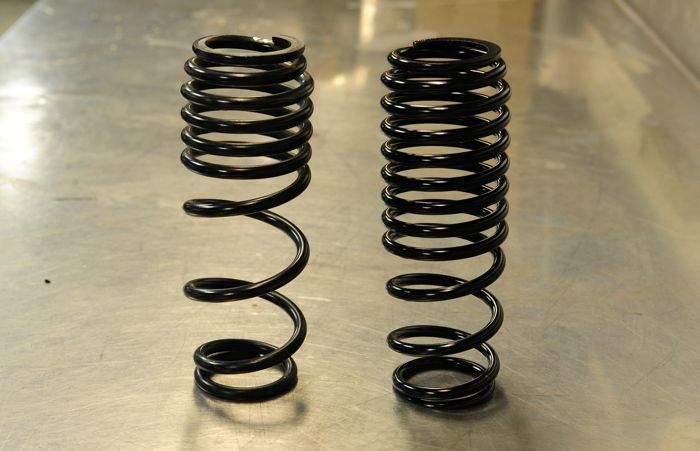 Once the front arm shock uses the first 1.75 to 2.5 in. of travel (depending on the spring), the low rate portion of the spring collapses and the rate effectively becomes 205 lbs. 250 lbs. according to Olson. So the stiffer portion of travel remains for hitting the big stuff and/or using the full range of the shock travel.

A complementary change on the rear arm of 137-in. machines comes in the form of lower rate torsion springs for the rear suspension arm. The new springs require 16.5 lbs. of force per degree of movement, compared to 18.5 lbs. on the previous springs. The compression valving was also lightened on the rear shock to better match the revised spring rate. 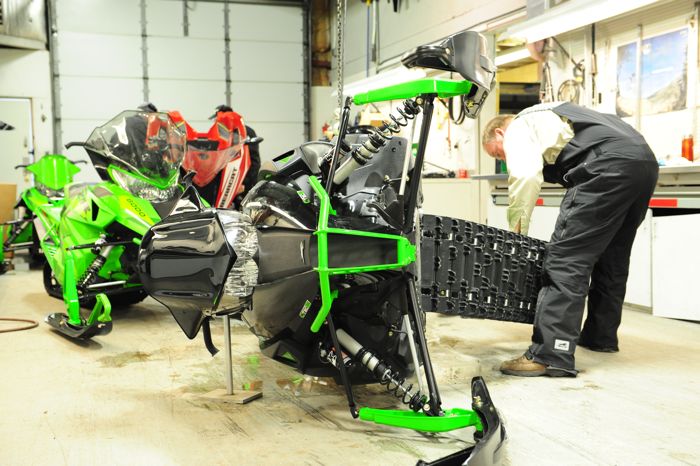 I’m one of those riders who prefers when my sled delivers aggressive cornering with the skis planted on the snow. Over the years of riding various ProCross machines, I’ve found THESE tailored set-ups deliver the kind of handling I prefer. The new spring changes for 2016 make a significant improvement for riders like me, probably as much an upgrade as the setup modifications mentioned in that story. I HIGHLY recommend it.

If you’re looking for a similar change on your machine, these are bolt-on changes that require about an hour or so of shop time, and that don’t cost an arm or a leg. 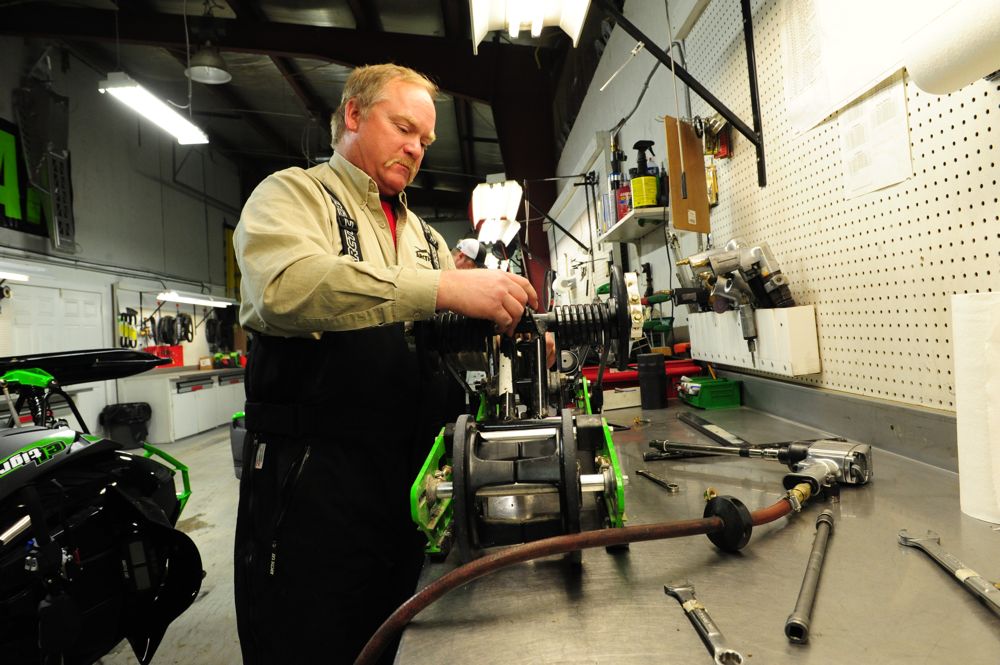 To update the lighter rear torsion springs on 137-in. skidframes, you need both Right Side (P/N 2704-026) and Left Side (P/N 2704-027) springs, each about $55. Getting the new lighter valve code isn’t necessary, but it’s worth doing the next time you get your shocks serviced.

Note: when changing to the new front shock spring, be sure to set the spring retaining clip so there’s only .05-.10-in. of preload on the spring when the shock is fully extended. Once installed on the front arm with the limiter straps in place, the shock will compress slighty to give a tad bit more spring preload.

If you’re like me and planning to run this setup for this coming season, I’d appreciate hearing back from you about the results.

UPDATED 11-19-15: Below are the springs that came stock on previous years’ ProCross machines:

Thanks for reading. And happy cornering. 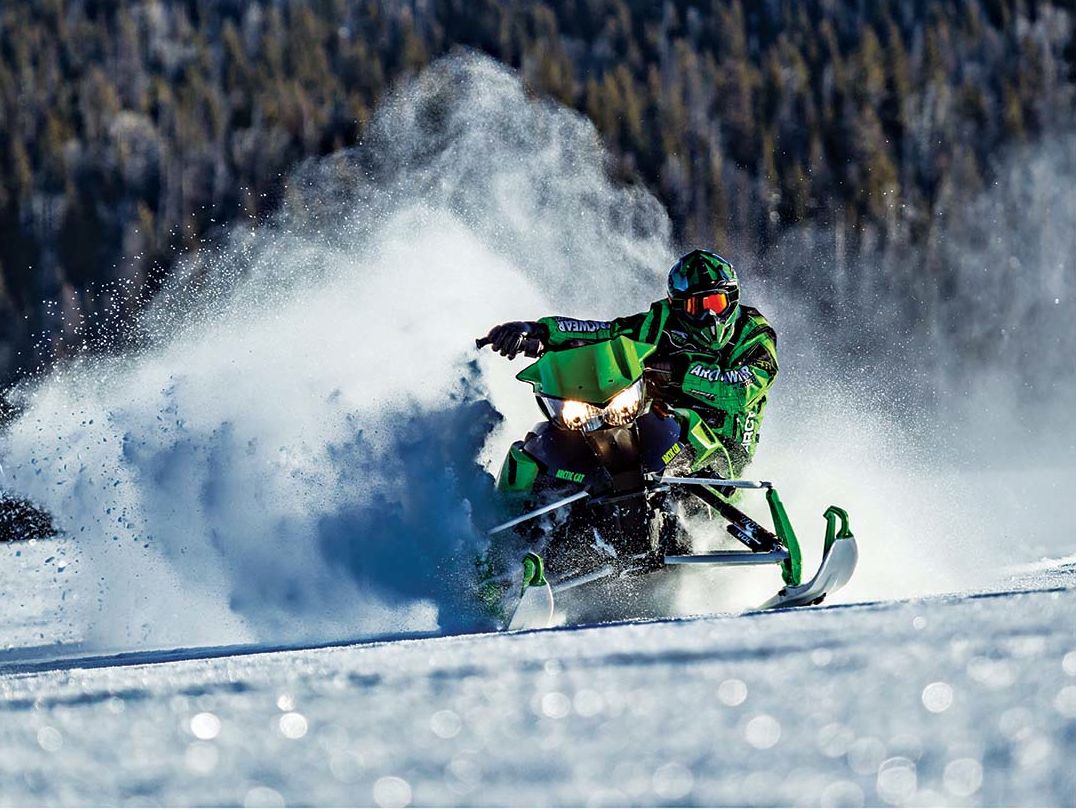