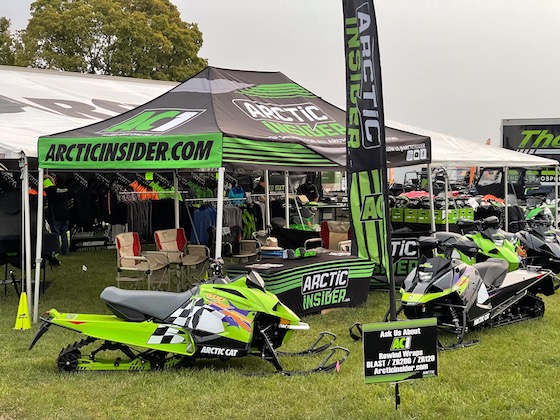 In PART 1 of my Hay Days coverage, I shared a glimpse into a few of the many fine folks who I got to meet in the ArcticInsider Display. I did get a chance to step outside the booth briefly to explore on Saturday and a bit Sunday. Here’s what I found.

I enjoy attending these, which is a bit odd when I think about it…(I started my career on the media side, went to corporate to work with the media, now Im back in the media folds) Having the experience on both sides gives me a bit of a broader perspective…did I mention I came to this meeting classicly late? When I was on corporate side, I always grumbled when media were late, but somehow I turned into “That guy”. (Insert SORRY SIGH here)

Ive seen comments on the interwebs, and have been asked about Snowmageddon fulfillment and In-season Orders, and I was happy the team covered off on those questions:

Heidi made a great point that they are committed to shipping snowmobiles COMPLETE. Arctic Cat doesn’t want to ship a product just to hit a number, but then pass their problem into their channel (dealers). This resonated with me, as I knew several competitor brand dealerships in my area last season had spring orders sitting in their dealerships without important things, like shocks, that didn’t get fully delivered to the customer until February. (Unacceptable) 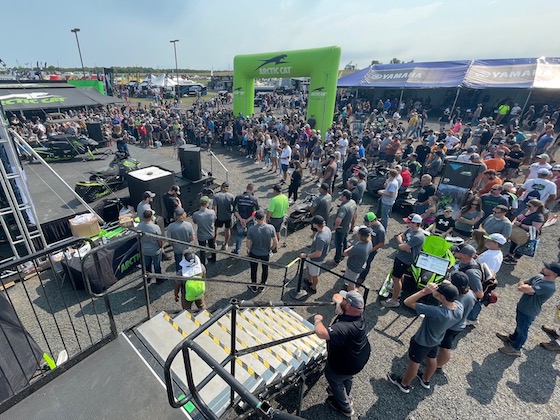 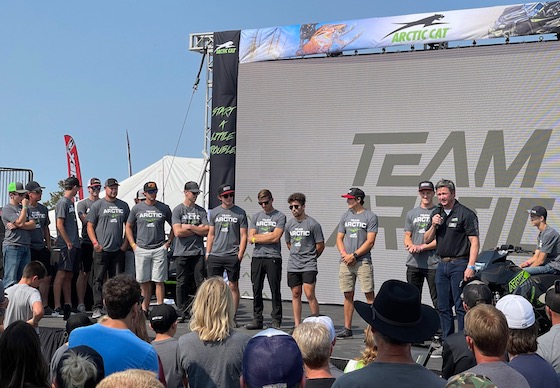 Previous to Troy Halvorson introducing the Team Arctic racers, there’s a young man sitting on the ZR SX (R) in the above photo who was introduced with an incredible story of never giving up…his name is Raycer Frank. For those of you that don’t know the back story, Raycer was injured during a motocross accident and was told his paralyzation may never allow him to walk again, and he most likely would never ride a snowmobile. After Troy’s introduction, Raycer lifted himself under his own power and took steps toward the snowmobile he is seated on. It was truly remarkable! A lesson to never give up! You can follow Raycers journey on his social pages. 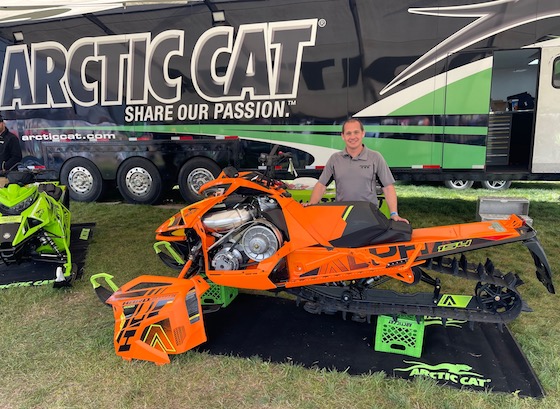 On Sunday, I got out briefly, and was happy to be able to talk with PJ Wanderscheid from Country Cat who has been a longtime supporter of ArcticInsider. They had sold a few units, which they were happy about, and shared a similar story Ive heard from many dealers of how units are selling as quickly as they come into the door. PJ made a great point that consumers wanting parts/service, should get their sleds in early before the snow rush.

After my stop at Country Cat, I was minutes away from the vintage snowmobile drags starting, so I ran (not really) over to the track.

Lately, Ive had this feeling snowmobiling in its current form is all business/high horsepower/tech talk and alot of us get all wrapped up in our 300 mile ride days without problem, but have lost track the sport of snowmobiling is “Fun”. The simplicities of riding with groups of family and friends hasnt been talked about enough and sometimes riding 5 miles with a trailside hotdog roasting stop provides more memories than that 300 mile ride. 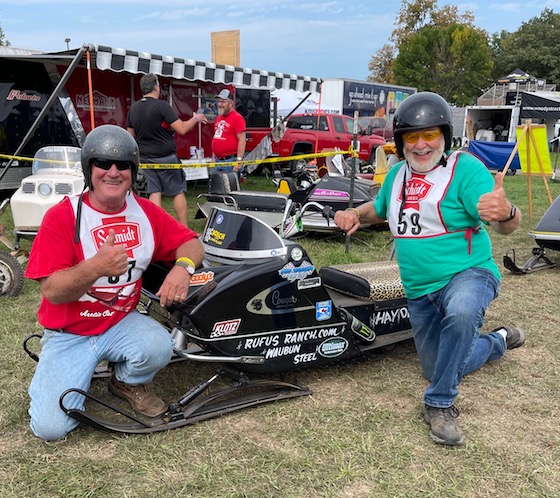 After getting trackside, I was quickly reminded, vintage snowmobiling has retained its FUN spirit. The group that participated in the vintage drags had non-stop smiles, including Dave Guenther (L) and Les Pinz (R). Both are phenomenal human beings with incredible collections, stories and personal history embedded into snowmobiling history. I felt so good leaving the track after taking it in and seeing them “rocket” down the track. 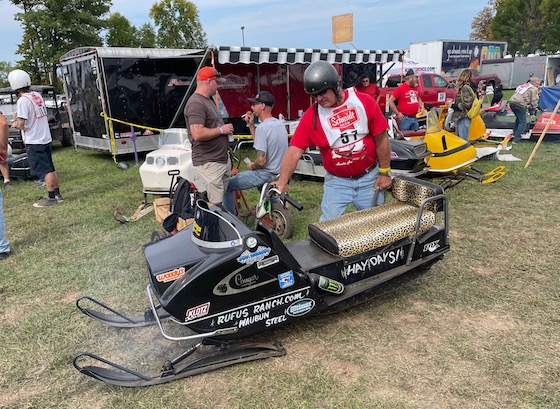 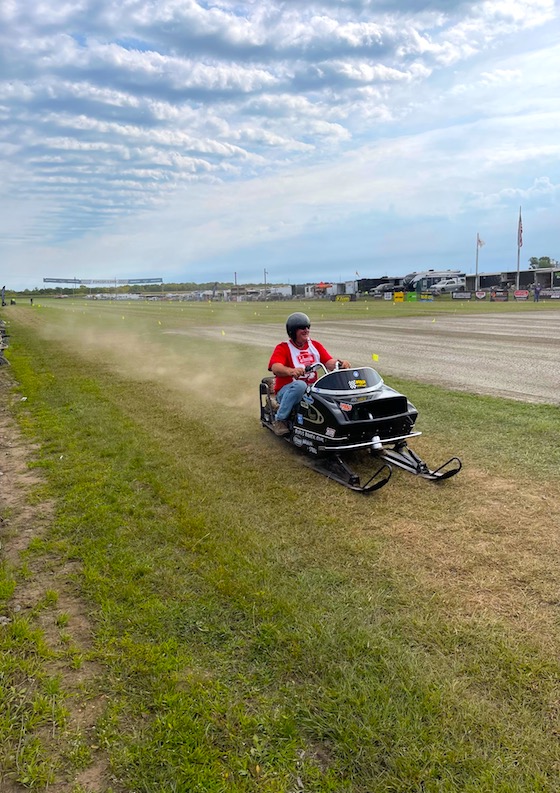 Dave laughed heartily and said, “I didnt set any speed records, but the Cougar looked nice and it was a major victory that it made it across the finish line!” Dave literally got this snowmobile finished from a pile of parts on Friday before the Hay Days weekend! 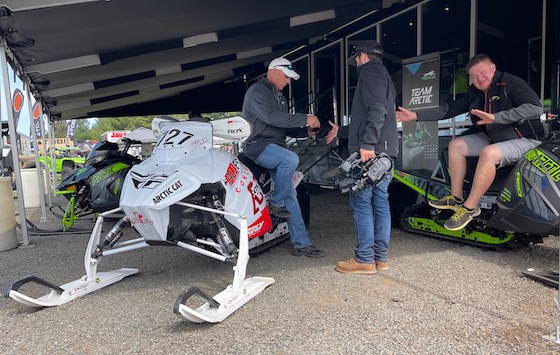 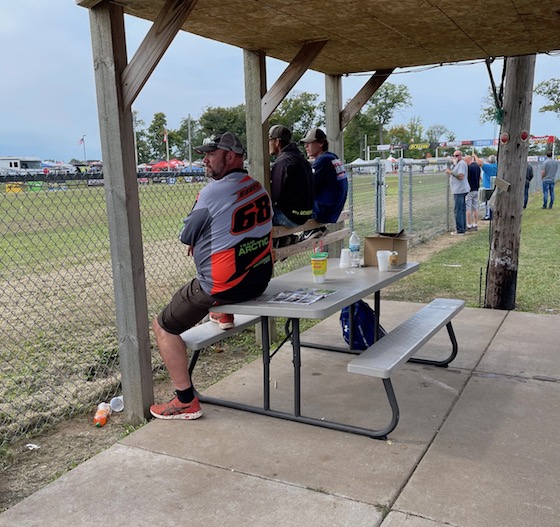 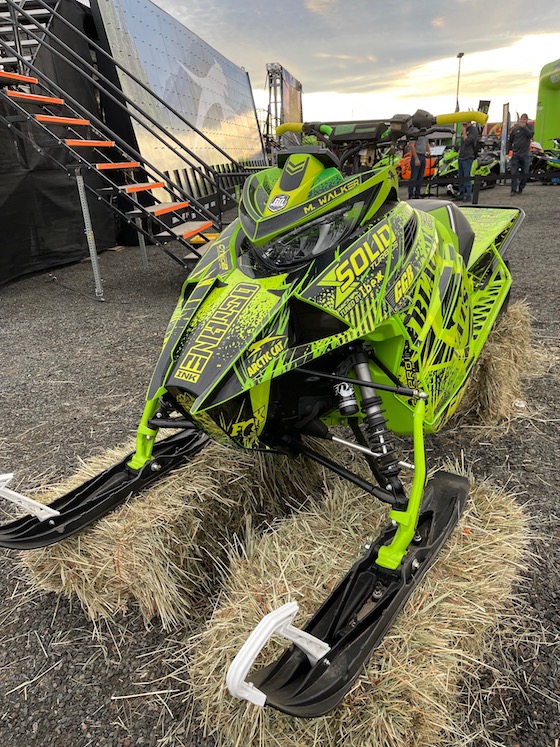 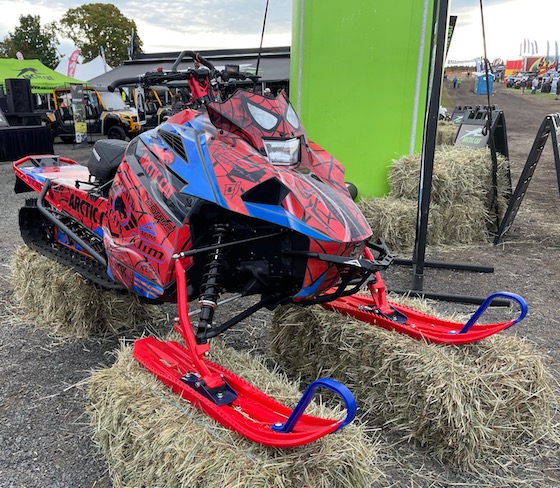 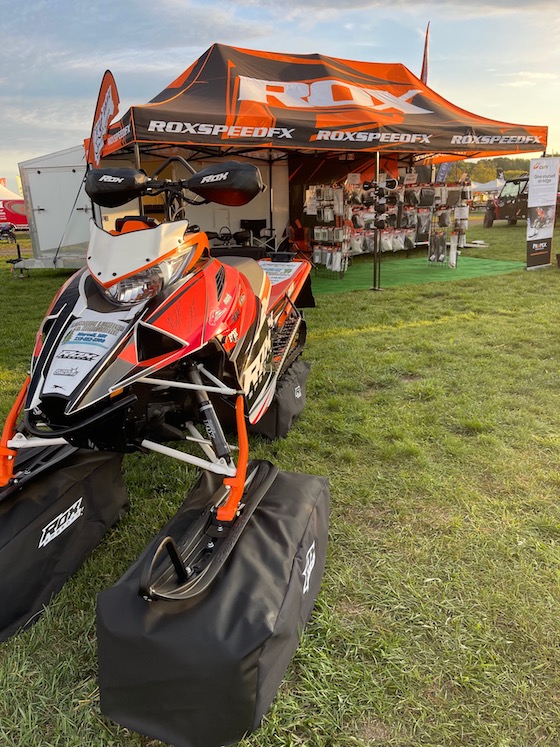 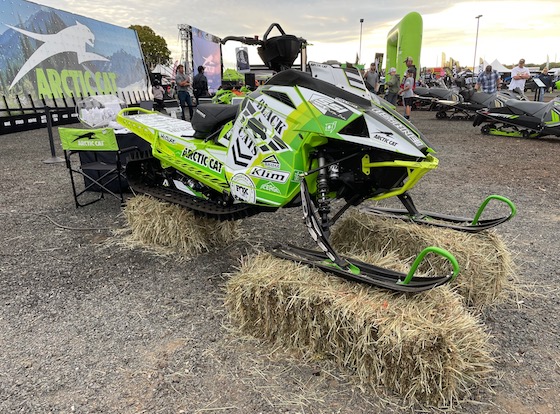