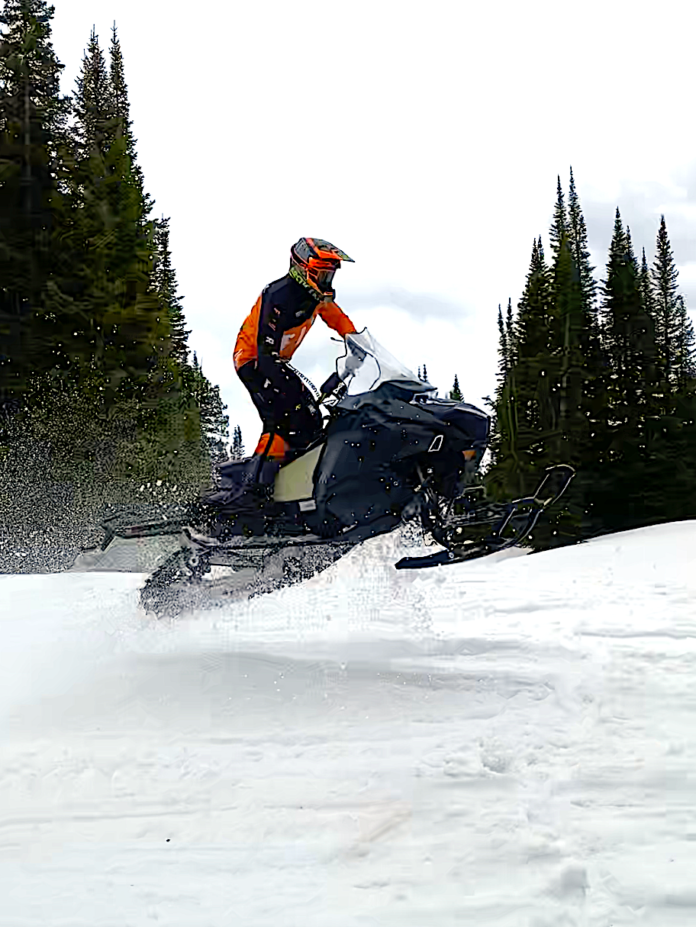 The Friday before the official start of Hay Days, Arctic Cat hosted all the media at an on-site press event to outline some of the tech details on the all-new CATALYST platform. Standing amongst the Arctic Cat Engineering and Marketing staff was Team Arctic’s multi-time cross-country Pro champ, Zach Herfindahl.

The great news for Arctic Cat fans interested in the new CATALYST platform, is knowing the company has been using Zach and other Pro cross country and mountain riders as part of the platform’s development process.

After Hay Days, Zach and I caught up as I wanted to learn more about his test trip, his feelings on the new CATALYST platform and what’s happening for him this race season. Here’s our discussion:

AI: Im excited to share this conversation with everyone at ArcticInsider and appreciate you taking the time to talk with me.

Zach: Absolutely! It’s always fun to chat about Arctic Cat and I hope everyone is ready for an awesome winter ahead.

AI: The Hay Days weekend proved it was a great time to be an Arctic Cat fan as it buzzed with major excitement! Personally, I was very proud of the brand, and more importantly, I was proud of all the employees at Arctic Cat who were involved with the development and launch of CATALYST. They finally get to talk about it! Are you feeling the same way?

Zach: I think you hit the nail on the head. Hay Days was incredible! I’ve never witnessed a release like this before with the sheer volume of people packed throughout the Arctic Cat display. Arctic Cat packed a positive punch! Like you, I’m proud of our (Arctic Cat) engineering team as they’ve worked long hard hours for years now to make that launch possible and for everyone to finally be able to see what they have been working on breathes life back into all Cat fans who may have doubted the company. So, hats off to the engineering and marketing teams for a successful launch and I think everyone is excited to hear more details about CATALYST in the coming months.

AI: Since you mention it, I’ve seen some of your quotes on Arctic Cat’s website regarding the new platform, and you relayed a story at the media event about a recent test trip aboard it. Can you tell us about that trip again? What did you ride, what was the purpose of the trip and has Arctic Cat incorporated any of your feedback?

Zach: Shortly after we (Team Arctic) wrapped up our Cross Country race season and transitioned into spring, engineering planned to run multiple test trips on CATALYST that would include some outside notes and initial thoughts on what could be the production calibration packages from racers like myself, David Brown and Ben Langaas. The initial test trip was a week in Idaho comparing our current ZR6000R XC (2022) to the new CATALYST RXC. (M and RIOT versions of CATALYST were there too)

Trip number two is where the magic happened, and the story I shared at the media event. Dan Johnson (Director of Engineering) and Ben Langaas (Engineering Manager and Team Arctic Cross Country Racer) proposed a 1,500 mile durability test at race pace on a short 5 mile track, which would consist of some high speed chop and 3-5` holes throughout the course.

The purpose of this was to perform an accelerated high intensity test to push the new CATALYST platform to its limits. The thought – If CATALYST could handle 1,500 miles of pure race abuse, it would validate the capabilities of the new lightweight chassis (RXC, RIOT and M) while continuing to maintain the durability Arctic Cat has been known for.

To answer your question directly, I always enjoy working with Arctic Cat engineering. They truly take feedback and input from outside sources like myself, very well.

AI: Was the video you shared of the trip after the Hay Days launch, actually thee CATALYST platform? I’ve seen some naysayer comments that it wasn’t.

Zach: The sled in that particular video was thee CATALYST ZR 600 RXC in its latest form. I saw some of the same comments saying it had old plastics or it was a different sled, but that snowmobile we were riding on the 1,500 mile test in that video was a current CATALYST. Stay tuned to my social media channels as I’ll have more to show! (Laughs)

AI: The million dollar question, How does CATALYST compare to PROCROSS?

Zach: I’ll start off by saying I’ve always felt our PROCROSS platforms have been outstanding and it clearly shows with how many cross country races and championships Team Arctic racers have won since it first launched.

But then I rode CATALYST – It takes everything a PROCROSS did well and goes far beyond.

Here are a few of my thoughts after testing:

In the coming months, you’ll learn more about the new steering post design which is incredibly easy to turn thanks to a new steering ratio, but yet it retains positive ski pressure. It’s like having power steering without compromising for the extra weight of power steering. This is a rider active snowmobile inspiring rider confidence and like nothing else I have ever ridden, meaning, when you move your body to adjust the sled, CATALYST magnifies this input compared to the PROCROSS. This result is a combination of far better rider ergonomics, a low center of gravity and engineering’s focus on shedding physical platform weight (10% lighter).

I (Zach) get asked what a Confidence Inspiring Ride means. The CATALYST platform allows the rider to be comfortable and confident with the snowmobile’s capabilities from the first time you throw a leg over it. I rode CATALYST on day 1 into the gnarliest terrain I could find and, man, that sled (RXC) works through big low-speed holes, it tracks straight through high speed trail chop and high speed 1-2′ bumps, it handles tight twisty trails on rails and the chassis has a solid foundation limiting flex and feedback.

Personally, I really pay attention to chassis flex and rigidity and can feel when a chassis gets “loose and broke in” through my feet. I prefer a sled with a rigid feeling on the race track and on the trails when pleasure riding. Our current platform slowly loosens up to the point where you lose some of that rigidity and the chassis begins to start acting less predictable, meaning, instead of just your suspension moving, the entire sled is flexing and moving.

After our 1,500 mile abuse test aboard CATALYST, it still felt like brand new. Engineering employed composite materials to shed weight and add durability. The composite running boards are so much stiffer than aluminum and are a key player in the success of that rigid feeling.

Simply stated, the CATALYST platform outperforms the PROCROSS for the better and comparing them is difficult. Arctic Cat competition should be nervous, because we’ve done some serious winning aboard the PROCROSS. (laughs)

AI: Speaking of race paces, what’s your plan this year for cross country racing? Will you be racing the new CATALYST in Open class? (I hope so) I saw a press release about you and the All Finish Racing team. Can you clarify that relationship for me and others? To be honest, I was confused after reading it.

Zach: I’m fired up for race season! Our plan is to go cross country racing as always, competing for a championship in both Pro Stock and Open classes as well as trying to notch our 5th I-500 victory which would be wild. It’s crazy to say this, but I want to win more now than I have at any other point throughout the last 10 years at the Pro level. The Pro competition is outstanding and the pace of our racing is nearing that fine line of wreckers or checkers, which I love! I guess we can thank Dan Revering for that this past year. He and I had some amazing battles and like Aaron Christensen or Wes Selby, he is a very respectable guy on the track which makes battling that much better. I am predicting between the guys mentioned above you cross country fans will have an entertaining race season ahead and I can’t wait to push our Team Arctic sleds to their limit.

Ohhh yeah, CATALYST on the race track? Let Arctic Cat know in the comments if you’d like to see us racing that new platform in the XC Pro Open class!

All Finish Racing and our Factory Arctic Cat Cross country team are working together for this upcoming season. All Finish has come on board with us as a sponsor and helping in multiple ways. All Finish offers resources that we don’t have, and we offer resources they might not have, so it will be an exciting partnership. It is cool to see two top Arctic Cat programs using their resources together with an end goal of keeping Arctic Cat as the top force on the national race circuits.

AI: Can’t thank you enough for your time Zach. I look forward to watching you race this winter and detailing the results here.