For more than 40 years, Donn Eide has been a key engineer (and technician) at Arctic Cat, most of that time in the Engine department. These days Eide (60) is the Engine Design Manager, overseeing the vast process of engine design and development. With Arctic Cat’s announcement that it will be transitioning engine supply away from Suzuki, Eide has been extra busy. So I feel lucky that he was kind enough to do this interview for ArcticInsider.

AI: First of all Donn, you’ve been at Arctic Cat since about day number two. When exactly did you start, and what are some of the job titles you’ve had?

Eide: Some of the titles I have had are Field Test Tech, Engine Tech, Development Engineer and Engine Design Manager.

AI: What’s your current job, and what does it entail?

Eide: My current job is Engine Design Manager and it involves Managing the design, testing and development of all Arctic Cat snowmobile engines and related systems such as the intake and exhaust systems. Our engine group includes Design Engineers, Mechanical Engineers, Dynamometer Technicians, Field Engineers, Electrical Engineers and Technicians. We also do engine research for future engines.

AI: I think some people have the misunderstanding that Arctic Cat simply bought whatever engines Suzuki supplied, and that Cat wasn’t part of the engineering process. Can you briefly explain how integral Arctic Cat has been in the design and calibration of its Suzuki engines?

Eide: We had a very close interaction with Suzuki. We know snowmobiles and Suzuki knows engines. Suzuki knows how to design state-of-the-art engines, and together we would take what we saw as market trends, customer input plus what we know, to continuously learn and direct it into a design.

Drawings and proto types were made by Suzuki and shipped to Arctic Cat, and we were responsible for the development of the engine along with the fuel system, engine mounting and intake and exhaust. Once the prototype engine had been developed and met our design and durability targets, the designs are finalized and released for production tooling. Once the production tooled engine was ready it had to go thru a series of production validation tests both at Suzuki and Arctic Cat before it was approved for production.

AI: This summer the company announced it was transitioning away from Suzuki. What’s your role in writing the next chapter of Arctic Cat engines?

Eide: Since model year 1976 we have had a great engine partner with Suzuki Motor Corp. and many engines were conceived and developed for racing and consumer use, both 2- and 4-stroke. The same approach as mentioned above will be used only instead of working with Suzuki we will use our own engine design group, along with other resources both inside and outside of Arctic Cat. My role is not only to study and propose engine designs, but also to staff the necessary people and tools and resources to take the engines from design to prototype to production.

AI: What your favorite type of engine, 2- or 4-stroke?

Eide: That’s a difficult question. When I first started snowmobiling in 1965 it had a 4-stroke utility type engine and a couple years later everything was 2-stroke. Now today we see 4-strokes coming back and are much more advanced with motorcycle technology. Although they are closer to a solution for snowmobile use they are still heavier and more expensive then 2 strokes. For 80% of my time on snowmobiles I like the feel of acceleration and quick response and light weight. Therefore 2-stroke is my overall choice. For the other 20% I prefer 4 stroke.

AI: What are a few of your all-time favorite engines?

Eide: There are many but the all time favorite is yet to be built!

For longevity, versatility and all-time quantity it is the 440 Fan cooled. It was first produced in 1980 and used in production for over 25 years. The 1980 engine had a single carburetor and made 38 HP compared to the later years 64 HP Sno Pro. It did its job in many segments, utility, family trail and fan-cooled racing classes.

The 440 lightweight liquid-cooled Prowler and ZL engine was a trend setter, establishing the standard for lightweight engines at just over 50 pounds.

The 93 model 900cc triple (later expanded to 1000cc) was a first-of its kind using a balance shaft. With more than 160 hp, it was the fastest snowmobile in her day.

The 580cc with batteryless EFI system in 1996 was the industry’s first EFI system to not require a battery. This was a huge step for cost and weight reductions, and had no battery to maintain. 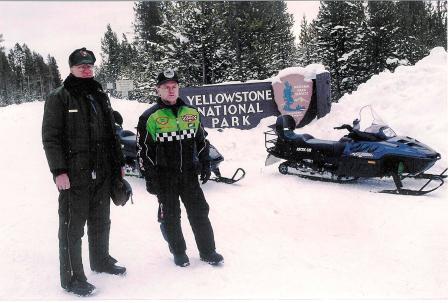 Another favorite is the 660 naturally-aspirated 4-stroke. During the 1990s there was increasing concern and discussions for future exhaust emissions for snowmobiles. While sitting in a meeting in Japan in 1996, we asked Suzuki what they had or could offer for a 4-stroke engine. Several options were discussed, one being the 660cc 3 cylinder engine that was used for Suzuki’s domestic mini car.

I said lets try one, so an engine was shipped to Thief River Falls and installed in a ZR. What we saw was that the car engine was ultra-smooth and quiet, delivering a whole new riding experience. With no overpowering engine noise, for the first time we noticed the sound of steel ski’s banging on hard pack crusty snow, and the howl of track noise as the dominant sounds that stood out. The fix for the noisy skis was to use plastic, and the noisy track led to our ACT quiet track development that we use today.

The 600/800 laydown engines currently in use today started as a concept to move the engine intake system to the front of the chassis to get  intake noise further away from the operators ear  and to supply colder , pressurized air and pressure to the engine. The first concept engine we used was a 640 Tigershark engine. The PWC engine was used because it had the needed intake and exhaust on the same side of the engine. For the second concept we welded reed cages on the front of the conventional engines crankcase we were using at the time.

AI: I love the photo on your office wall of you in the I-500 (above). What kind of experiences did you have in that race, and describe your racing career?

For oval racing I mainly raced the 250cc and 340cc class.

In cross-country I competed in the I-500 Winnipeg to St. Paul; plus the North and South Dakota Governors’ Cups and other big events in Minnesota.

In the 1970s, the I-500 was the premier cross-country race. It had huge fields, sometimes attracting as many as 300-plus entries. The first year I raced (1972) it was -35 degrees below zero when we left Winnipeg.

Like today, you would draw for which flight you left in, and I had to start way in the back and with a couple hundred sleds in front of you the ditches were all deep holes. The 4 inches of suspension in those days didn’t do much. I crashed three times the first day and burned a piston and didn’t make the start on day two.

The next year I drove a little smarter and kept it on the skis. On the third day a chunk blew out of the tuned pipe and a throttle cable broke on the way into Alexandria, but I managed to hang on to 10th place. That year the weather was the complete opposite at over 50 degrees when we finished the third leg. The next morning a dense fog had set in and the race was called in Alexandria.

AI: Can you share with us one good Roger Skime story?

Eide: I think it has to be the speeding tickets. I must be bad luck for him. I don’t ride with him that often but on two occasions he got speeding tickets. The last time the trooper gave him a print-out of his previous tickets and it looked like a long grocery store receipt (Laughter)

AI: Thanks so much for taking the time to do this interview, Donn, and good luck with all the big projects coming our way!

Eide: You’re welcome, and thanks.