Emphasizing club and industry people, the ISHOF has recognized many of the great individuals, clubs and inventors who have contributed to the sport of snowmobiling.

The ISHOF invites you to attend this year’s induction, Sept. 21-22, 2018, in Eagle River. Click HERE to jump to the ISHOF website. 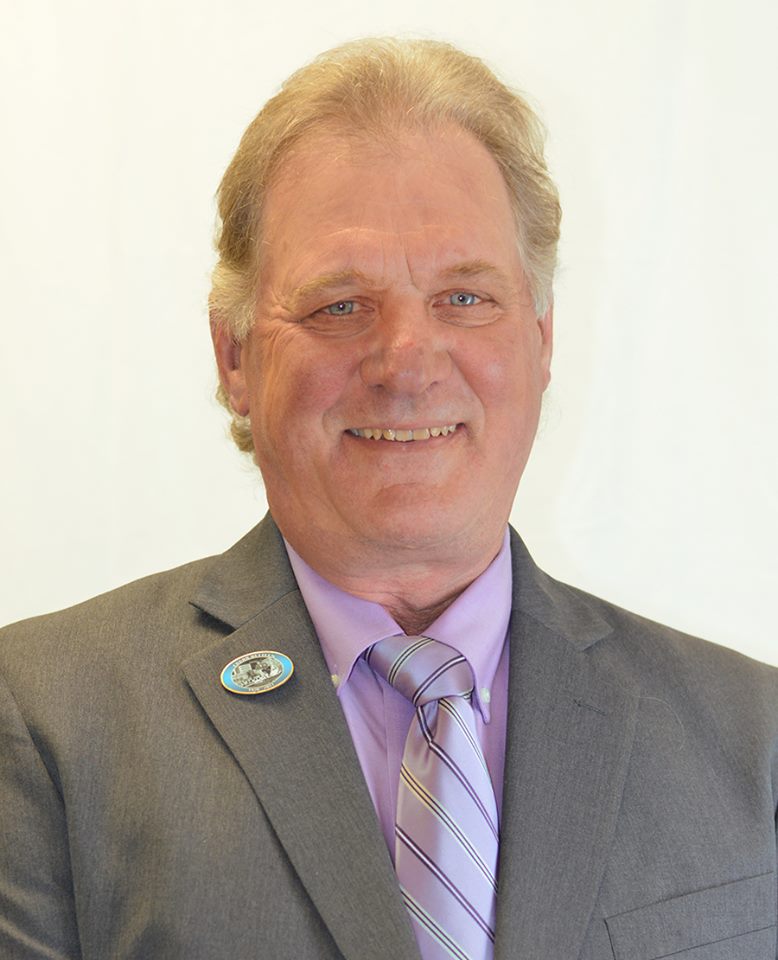 Dave’s fascination with snowmobiles started way back in 1963 when he was in first grade. Then, in 1970, his family bought their first snowmobile. After wearing out four motors on that sled, Dave bought his first snowmobile while still in high school. He grew up in Minnesota which was, at that time, the hotbed of snowmobile manufacturing. It allowed him to associate with many icons of the new sport, establish lasting friendships with them and become very knowledgeable about the new sport that was sweeping the country. Soon the “antique” bug infected him. His first, a 1964 Trailmaker, soon led him on a journey and mission that continues today to sustain the history of the sport through the preservation of the machines that created the sport. Dave was instrumental in the formation of the Antique Snowmobile Club of America (ASCOA), has served every office in the club, including nine years as President and  20 years as editor of the newsletter,  He has been a safety instructor for 20+ years and was the 2010 Instructor of the Year for the Minnesota DNR. With a never ending passion for snowmobiling, he has created, organized and managed numerous snowmobile shows throughout the state and has been honored with numerous awards for his snowmobile and civic achievements. For his 55 years of unselfish promotion and support of the sport, Dave Guenther is now being inducted into the International Snowmobile Hall of Fame. 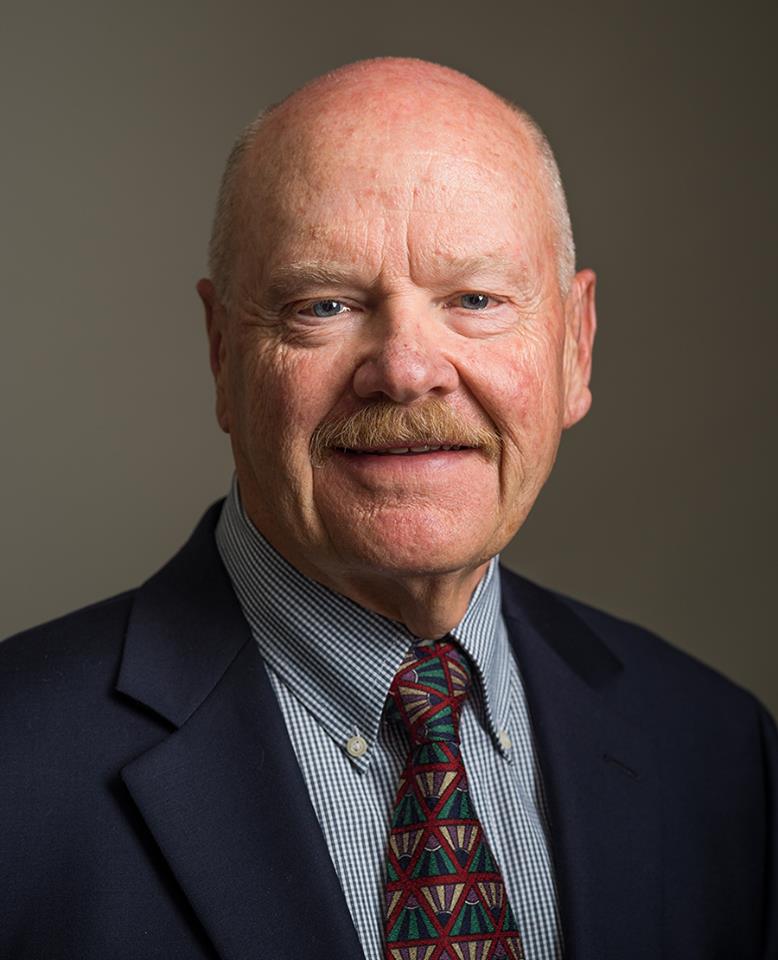 Curt’s exposure to snowmobiling started in 1986. By 1992, he was heavily involved with the Utah Snowmobile Association (USA) and has become the backbone of that organization. He is known as the expert on public land use issues and economic analysis of the importance of snowmobiling to rural communities in Utah. He lists his most favorable experiences as Director of Public Lands for USA and has 15 years of dedicated and unassuming service to that organization. Many times, he has demonstrated the “voice of reason” when working to resolve sensitive land use issues. Among his many achievements are service to the American Council of Snowmobile Associations (ACSA) as treasurer for five years, assisted in founding the Avalanche Center, writing 15 different ISMA grants totaling $67,000 to be used for medial support of snowmobiling in Utah, directing the 2005 ISC and orchestrating a State Economic Impact Study. Curt received the Snowmobiler of the Year award from USA in 2003-04 for his untiring efforts to promote and grow snowmobiling in the state of Utah. His list of accomplishments fills many pages. Always the dedicated, talented and ever humble person, he has traveled the state and nation at his own expense, even when funds were available. While he is stepping away from all of these snowmobile activities and organizations to enjoy some retirement, Curt Kennedy is now being fittingly rewarded for a lifetime of service to the sport with his induction into the International Snowmobile Hall of Fame. 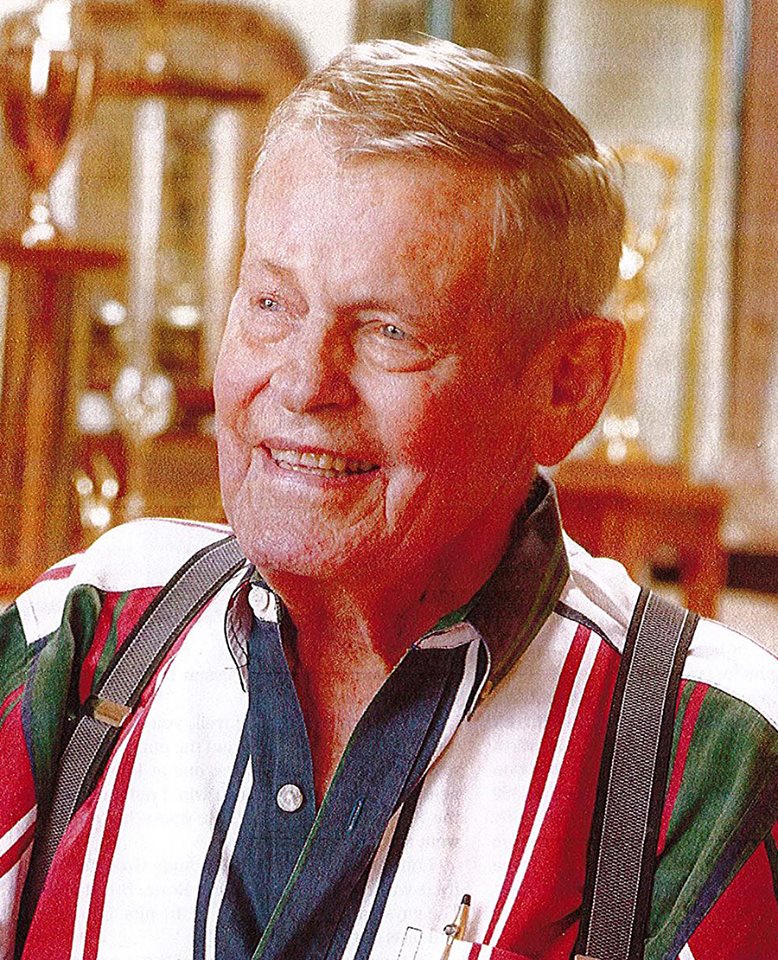 As a three-time winner of the famed Indianapolis 500 auto race, Bobby is primarily known for his achievements in auto racing but in the snowmobile industry, he is known as the original inventor of the independent front suspension (IFS) now used by all manufacturers. First introduced in 1972 on a Chaparral, Bobby wanted no money for his work, only full control of the design and development process. It was a unique design for snowmobiles, not a spin-off from automobiles, as it allowed for low motor placement and room for tuned exhaust pipes. When Chaparral went out of business, Polaris immediately took on the concept. Their 1977 RXL race sleds were a dominant force on the track due to their new IFS suspensions. By 1980, Polaris had IFS on consumer sleds and, by the 1990s, all manufacturers were using various designs of Bobby’s original concept. But he did not stop with just the IFS design; Also to his credit came the PAC ski shock absorbers, development of the plastic skis and other innovations to make the snowmobiles a better product. Bobby is a die-hard snowmobiler and is always ready to appear at meetings and gatherings to lend a hand promoting the sport, sign autographs and enjoys meeting and socializing with other snowmobilers. A very creative designer and ever energetic gentleman of the sport, Bobby Unser is now being inducted into the International Snowmobile Hall of Fame. 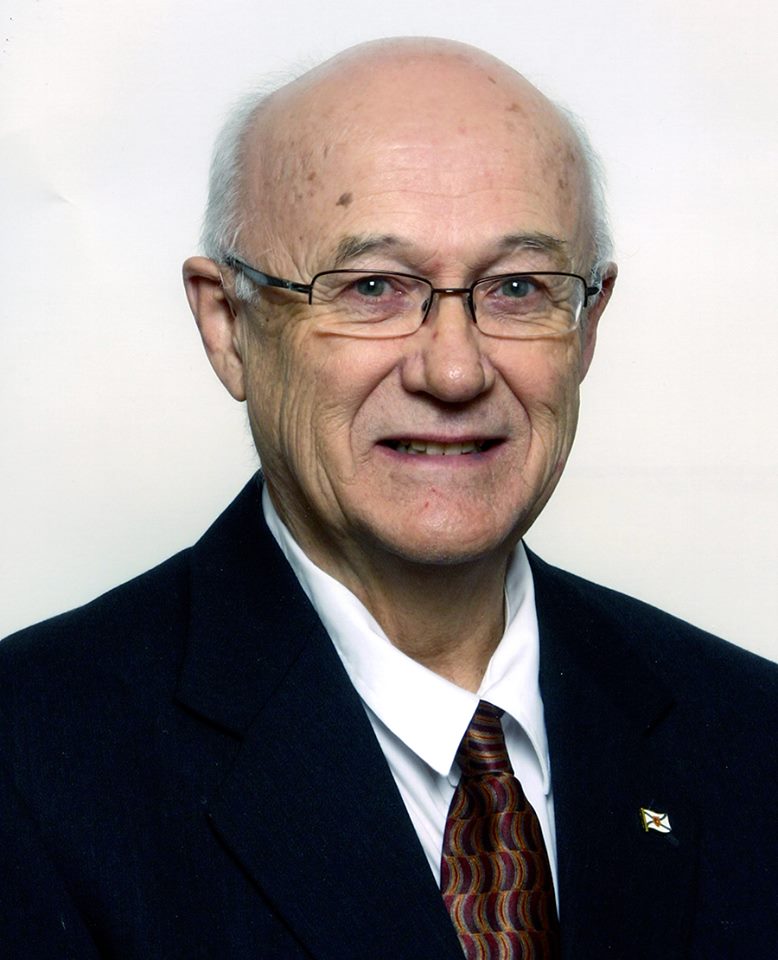 Known in Nova Scotia as the “Gentleman of Snowmobiling”, Stan Slack has been an integral part of the Snowmobilers Association of Nova Scotia (SANS) for almost 40 years. He has served nine of those years as President and was a major factor in growing SANS from six clubs (with 300 members) to 21 clubs (with over 2400 family members). He has created or chaired numerous programs and projects whose success can be attributed to Stan’s initiative and guidance. These successes include trail development, youth programs and promotions, trail signing, charity events, club development and trail grooming projects. Stan has given freely and without hesitation his time and talents to represent snowmobilers on the local, province and international levels. His vision built SANS and he continues to provide the leadership and dynamic vision that leads the organization. Stan was a founding member of the Nova Scotia Trails Federation, initiated the SANS User Pay Trail Permit System, instrumental in helping set up the Off-Highway Vehicle Infrastructure Fund and created the Geomapix GPS Trail Map. In 2012, Stan received the Queen Elizabeth II Diamond Jubilee Medal and, in 2014, was presented the Nova Scotia Trails White Hills Summit Award for his outstanding contribution to trail development in the Province. Stan’s passionate, yet humble, involvement in organized snowmobiling on the local to international level demonstrate the driving force he has been in the development of the sport. It now has earned him induction into the International Snowmobile Hall of Fame. 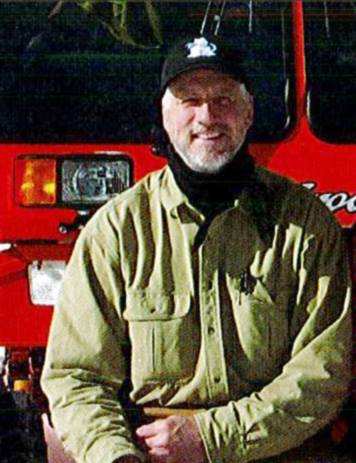 Tim Haberberger from Alpine, Wyoming, is the International Snowmobile Groomer of the Year 2018. With 20 years of experience, Tim Haberberger of Alpine, Wyoming has mastered the art of grooming the challenging varied terrain of Western Wyoming’s trail systems. Conditions that range from wind swept flats to steep mountainous grades, Tim and his three Tucker Sno-Cats are up for the challenge. His grooming totals over 2,800 miles a year based out of his family owned and operated Box Y Lodge that is so remote that supplies can only be brought in by snowmobile or Sno-Cat during the winter months. Tim has developed several grooming manuals for others to learn from. Even with all his knowledge and experience, Tim still attends grooming seminars. Rated as one of the best all-time groomer operators, Tim is a master groomer that never quits learning and improving. That is a mark of excellence and has earned him the honor of being the 2018 International Snowmobile Hall of Fame “International Groomer of the Year.” 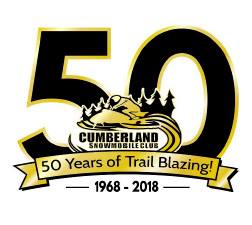 The Cumberland Snowmobile Club from Collingwood Corner, Nova Scotia, Canada is the International Snowmobile Club of the Year 2018. Celebrating its 50th Anniversary this year, the Cumberland Snowmobile Club of Collingwood Corner, Nova Scotia continues to grow and prosper. With 130 family members, 1300 followers on Facebook and an active website, the Club is also in tune with modern social media. A “VIP” membership contributes to the grooming expense but also offers extra privileges and perks. The club maintains and grooms 400+ km of trails with their three groomers, all operated by volunteers. They built five warming shelters along the trail. Their annual operating budget exceeds $250,000. Each November, to start the season, the club holds a Dream Ride Lottery and Auction. Last year it raised over $20,000. They also work with the area ATV clubs to coordinate trails. To help celebrate their 50th Anniversary, the Cumberland Snowmobile Club is now awarded the International Snowmobile Hall of Fame “International Club of the Year” honors. 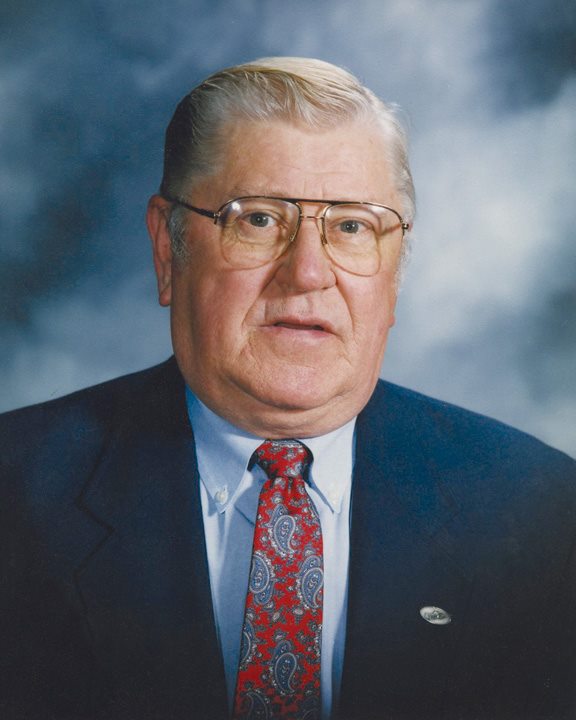 Bill Schumann from Manitowish Waters, Wisconsin, is the recipient of Edgar Hetteen Memorial Award of Merit 2018. Few people, if any, can provide as long a list of accomplishments, offices held, programs founded, clubs developed, challenges conquered and awards received than Bill Schumann of Manitowish Waters, Wisconsin. His snowmobile journey started in Illinois where he helped to unite 90 snowmobile clubs into the Illinois Association of Snowmobile Clubs (IASC) which he served five terms as president. His many programs there included receiving $67,000 in grant monies for their trail system, a state trail map, assistance for club operation and maintenance costs of groomers and chairing the1993 ISC in Illinois. In 1992 Bill was inducted into the Iron Dog Brigade and has served several officer capacities with that organization. In 1997 he was honored by induction into the IASC Hall of Fame. Bill’s penchant for preserving the old sleds of the sport was evident when he became a charter member of the Antique Snowmobile Club of America and served as its president in 1993. He coordinated the club’s reenactment of the first Eagle River Derby race. His honors continued when in 1995 Bill was honored as the United States Snowmobiler of the Year, the ASCOA Distinguished Service Award and the Harry Knoll Award for outstanding service. Bill moved to Manitowish Waters in northern Wisconsin in 1998 and quickly continued his involvement in organized snowmobiling becoming treasurer of the Association of Wisconsin Snowmobile Clubs and then its president from 2008 to 2010. In 2016 his Manitowish Waters Snowmobile Club dedicated a major bridge crossing as the “Bill Schumann Bridge” with a plaque in his honor for all of his dedication to the sport of snowmobiling. He is a charter director of the International Snowmobile Hall of Fame and has served as its president until a recent retirement. Bill Schumann’s unselfish dedication to the sport of snowmobiling has brought him many honors and awards. He now adds another to that list as recipient of the Edgar Hetteen Award of Merit.

The ISHOF also officially announce, Pioneer Motorsport Inc. from Chaffee, New York; as the International Dealer of the Year sponsored by Snow Goer.