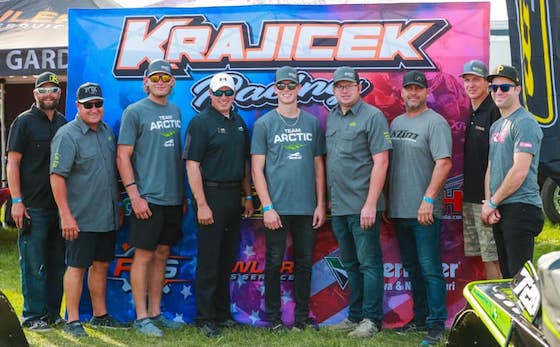 The Krajicek Racing from Denison, Iowa will be one to watch for the 2021/2022 ISOC National Snocross Season as they add Pro Lite rider, Theo Poirier, from Sayabec, Quebec to their team.  Poirier saw success aboard his ZR6000R SX in the ultra-competitive Pro Lite class last season winning in Iowa, and then following it up in Deadwood with another podium, this time in second.

If you followed the Team Arctic results posted here last year, you’ll recognize Kolton Krajicek’s name. I became very proficient spelling his last name, as nearly every race weekend, he was on the podium, and at seasons end, finished second in Sport Lite National Points. For the upcoming season, Kolton is focused on winning that Sport championship and representing Arctic Cat. Good luck Kolton!

Krajicek Racing also supports a satellite program including three riders who are extremely focused and their performances have been nothing but top notch – Hunter Laase, Owen Eide, and Justin Blazevic.