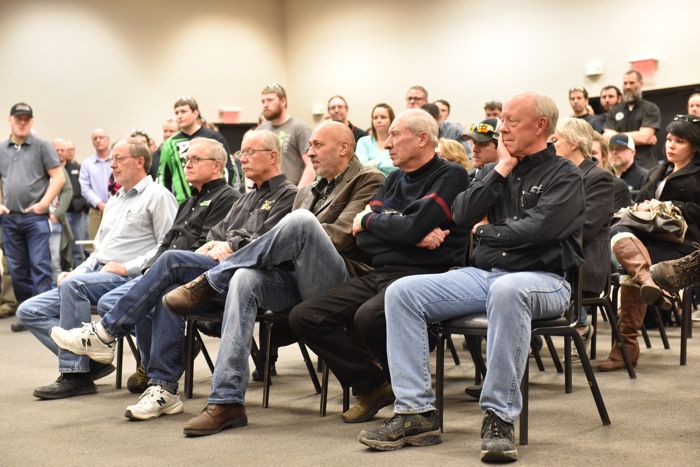 A party was thrown in their honor last Wednesday, at which great speeches were given about the impact each man made in the history of Arctic Cat. Posters were signed, hands were shook and hugs were given with the kind of sentiment felt when men and women work decades together through thick and thin.

You will rightly imagine there were both tears and smiles.

Mere words don’t adequately convey how important these guys have been to the history, innovation and success of Arctic Cat snowmobiles.

Donn Eide, Kim Chervestad and Greg Spaulding have comprised the braintrust of Arctic Cat’s Engine department for decades. These are the guys who spearheaded pretty much every engine that’s powered an Arctic Cat snowmobile since the mid-1970s, and they led the process for Arctic Cat to begin producing its own 2-stroke snowmobile engines beginning in 2014.

Darrel Janisch has been a supreme talent in snowmobile electrical systems for nearly as many years.

Russ Ebert has been an innovator and engineer of untold number of components, as well as an integral leader of the Team Arctic race program.

And Ron Bergman has channeled his remarkable creative genius to develop dozens of cool ideas, components and snowmobiles. Think Firecat.

Together these men enjoy the honor of having multiple patents listed to their names. More importantly, they have the utmost respect of their peers. All of it earned through relentless work and fierce passion for excellence.

From talking with some of these guys over the past couple years, I knew that retirement was on their horizon. It’s natural to think of the next chapter of life when people hit their early and mid-60s.

I’d be lying if I said I wasn’t shocked to hear they’re all retiring now. Part of the reason is that they’ve been so integral to the Arctic Cat snowmobile story, that I simply can’t imagine the company without them. We all should take some comfort knowing that they leave Arctic Cat to the next generation of creative, smart and dedicated engineers…people who are remarkably similar to these six retirees.

I can even imagine that some of these guys might continue to play some role in future products. Plus their influence is literally built into the DNA of Arctic Cat.

I have no doubt about the future of Arctic Cat snowmobile innovation. This is a company comprised of smart and creative talents who want nothing more than to build the ultimate machines.

But I do have sadness that these guys won’t walk into Arctic Cat each morning. I felt the same way when so many others of that famed “first generation” of Arctic Cat employees transitioned to their retirement years.

The last word hasn’t been said about these guys. There will be interviews here on ArcticInsider once a month or two passes and dust settles.

Until then, I simply want to thank these guys and their families. 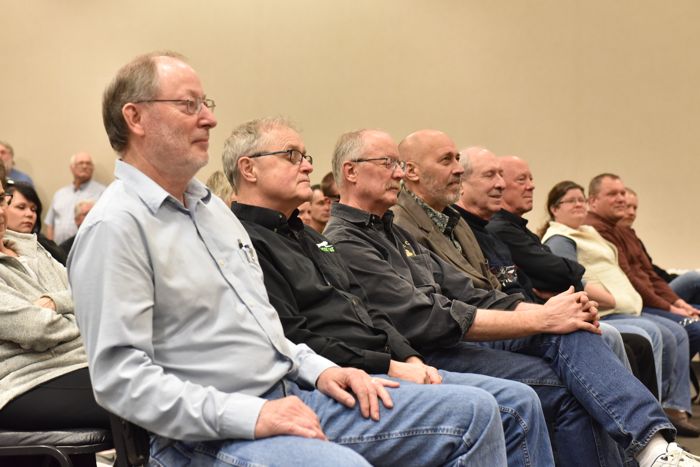 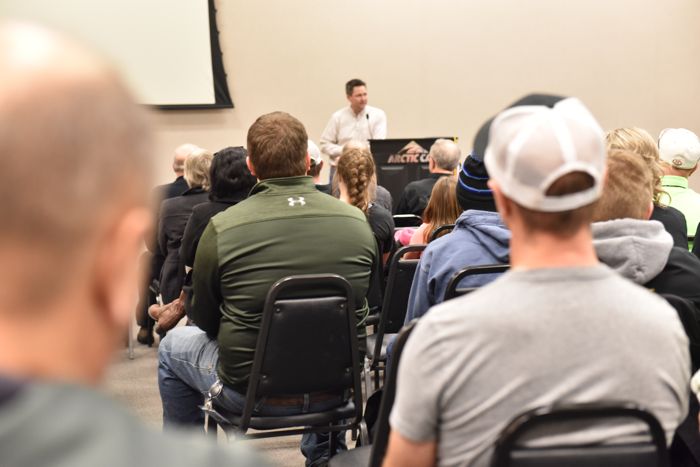 Troy Halvorson tells some personal stories about working with the six men.

Roger Skime had the last word, and he spoke of the passion and of Arctic Cat being a life rather than a job. 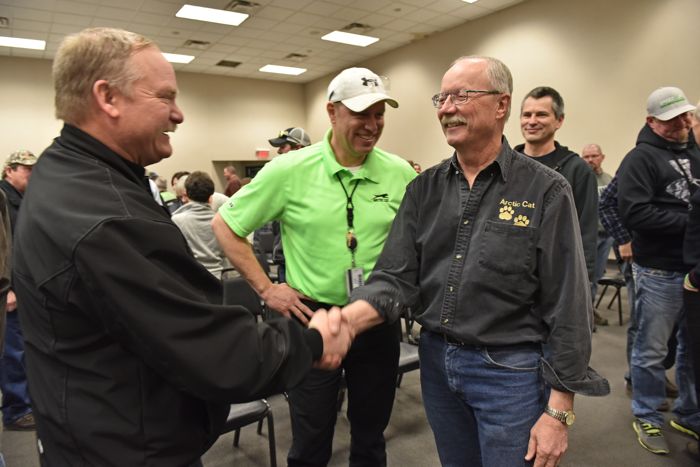 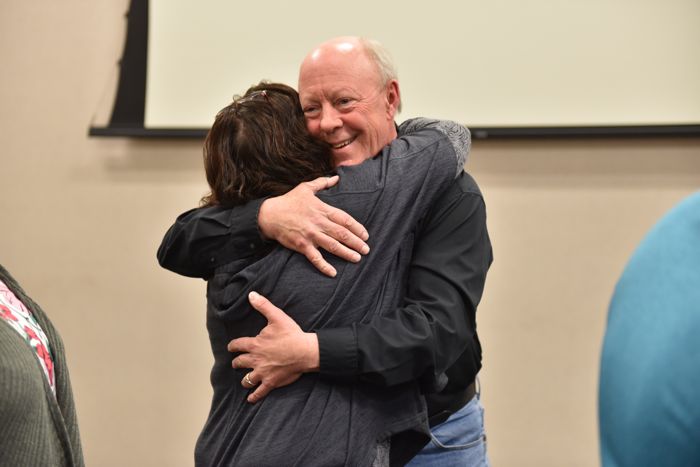 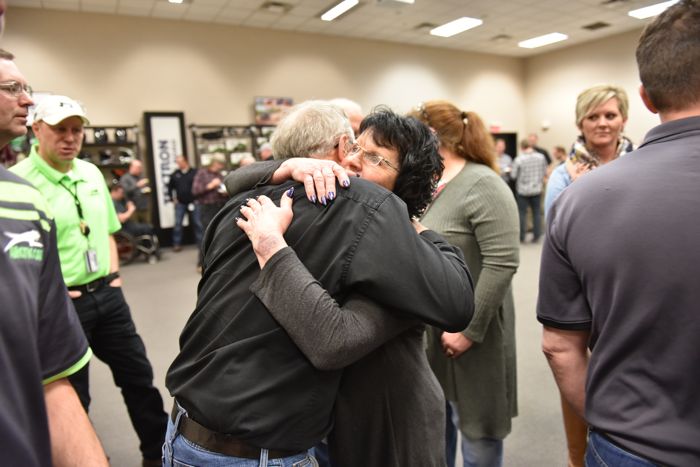 Lots of hugs for these guys. 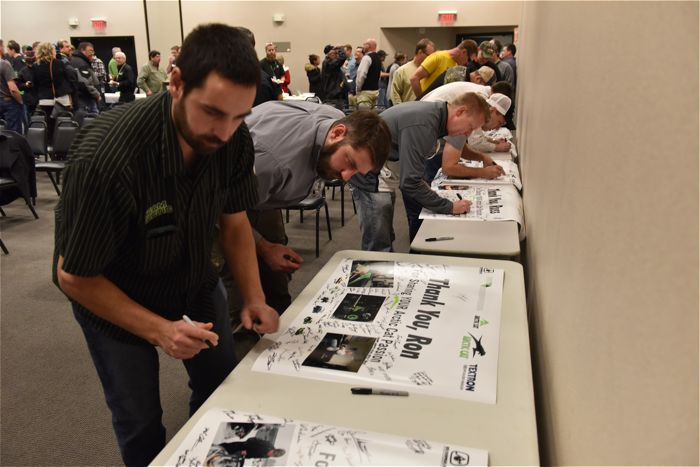 Each retiree was given a poster signed by friends. 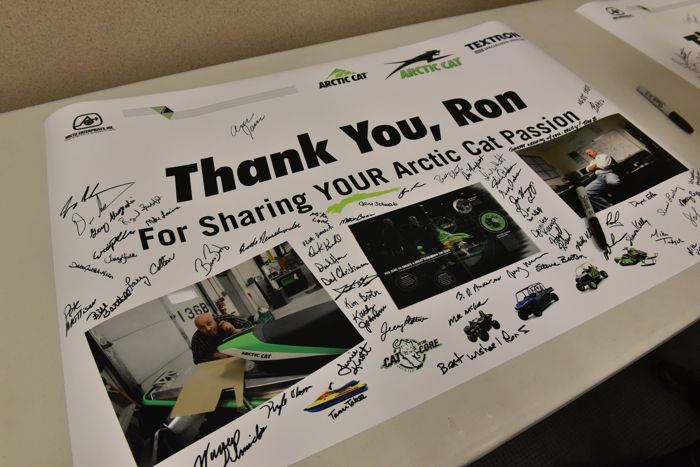 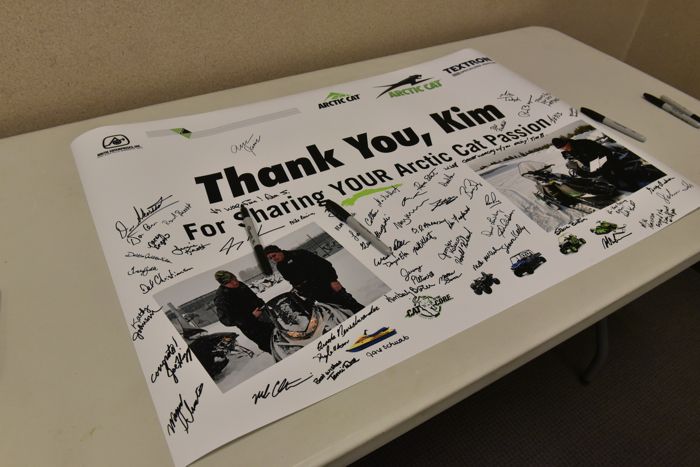 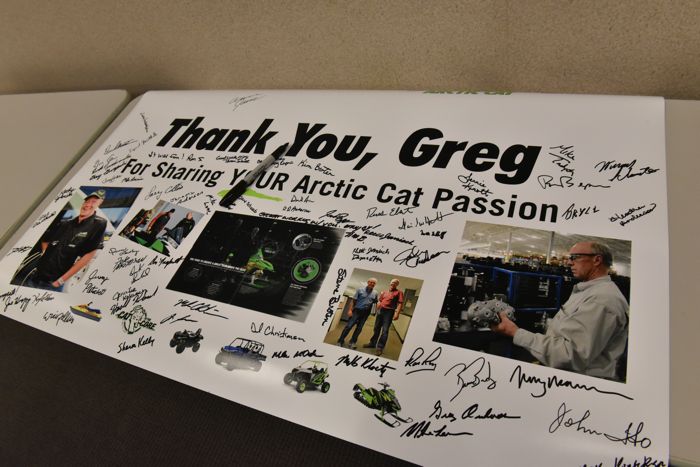 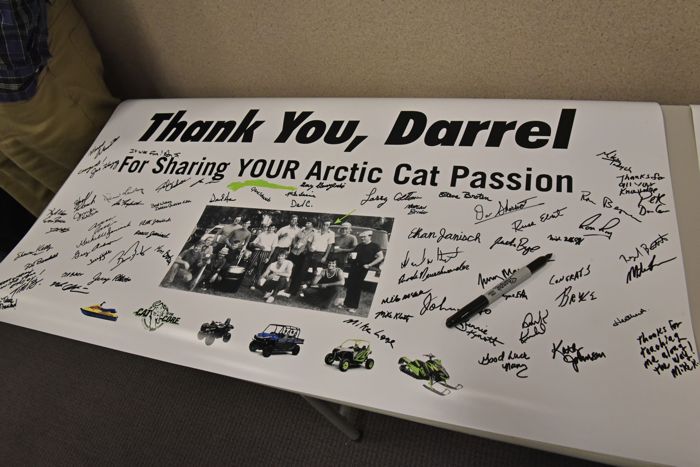 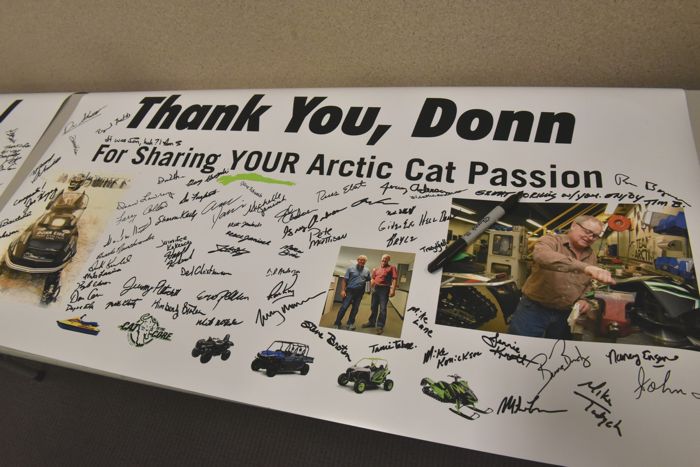 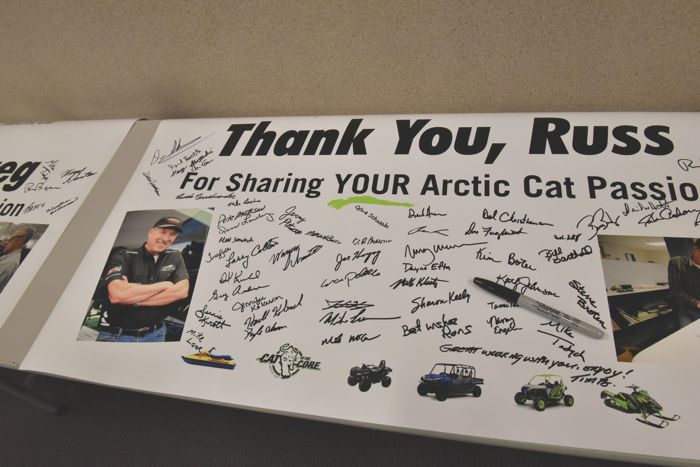 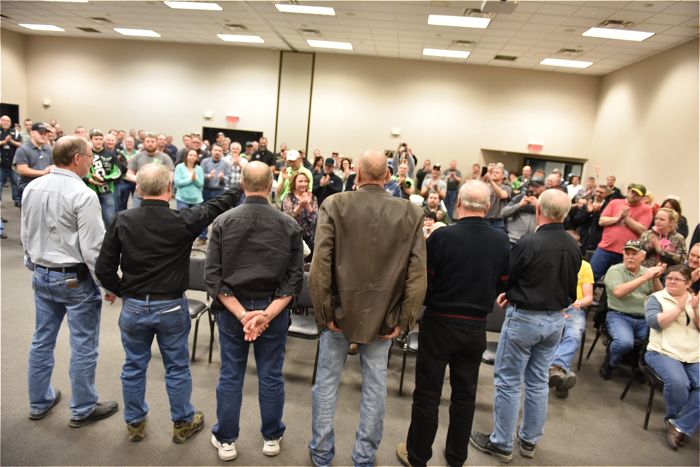 A round of applause for these awesome guys!