A handful of weeks back, Arctic Cat sent to their dealers a document listing the estimated dry weights of their pre-production 2012 snowmobiles. Here are the weights: 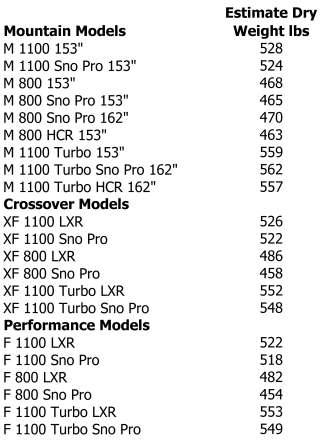 They didn’t send it to the media (or to me). When I asked why, the answer was because the numbers might change – in either direction – before actual production, due to changes that could occur in material selection. I also suspect it has to do with the wacky history of snowmobile weight claims.

Manufacturers know the importance of sled weight when it comes to marketing snowmobiles. Lighter is better. Always. But what about when sleds aren’t really as light as you think?

Even though I’m younger than I look, I am actually an old codger who’s worked in the snowmobile industry for a bazillion years. And as long as I can remember, OEMs have lied about their sled weights. Not every manufacture, and not every year. But it happens. A LOT. And there have been some egregious examples.

So much so that I’m always suspect of such numbers.

But the manufactures are not solely responsible for this mess. Some blame can be leveled at a couple of the magazines. I remember a 2- 3 year period in the late 1990s when one magazine brought a scale to the Snow Shoot tests, then proceeded to weight every sled there.

Sounds good on the surface, for sure, but the way it actually played out was complete BS. Here’s why:

The sleds were weighed in the middle of the event, after days of use. There was snow/ice built up in the skidframes; there was no “standard” as to how full the fuel or oil tanks were; some sleds had spare belts and tool kits, while others had neither.

Worse, Ski-Doo had brought in a huge heated tent, in which they placed their sleds to melt all of the snow/ice. Smart move, but of course it skewed the results by upwards of 15 lbs.

The whole endeavor was a joke. Not exactly the fault of the magazine, because they didn’t realize the wool being pulled over their eyes.

In recent years, I believe that Ski-Doo has been guilty of playing very fast-and-loose with their published weights. After coming out with their original XP chassis, they ran into durability issues (a common affliction for sleds designed to be ultra-light, which the XPs were/are). They responded with more robust components, which in turn increased the sleds’ weights. But their marketing department never bothered to change the numbers, or they changed them a fraction of the actual gain.

When it came to designing the 2012 models, Arctic Cat made a strong effort to cut weight. They put a scalpel to all areas of the sleds, from the chassis to the plastic to individual items like the seat, skis and the like. 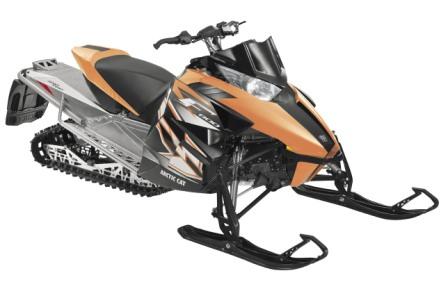 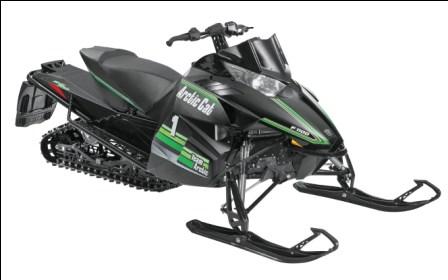 By comparison, here’s a few published numbers from the competition:

Yep, the 2012 Arctic Cats compare very favorably to these sleds (Yamaha doesn’t publish their weights, so we either have to use our imaginations or simply ignore).

For an Arctic Cat rider coming off of a Twin Spar, the 2012s are WAY lighter. If you’re one of these riders, I promise you’ll be smiling the first time you ride your new sled.

I went to Snow Shoot this year with somewhere in the neighborhood of 1,400 miles on my F8 LXR with Fox Float ski shocks. The ’12 F800 was absolutely flickable compared to the ’11, not just because of the weight, but also because of the ergo’s (I’m convinced the wide seat on the Twin Spar sleds added to their perceived weight) and the ultra-rigid chassis.

When you initiate a movement on these sleds, they respond instantly!

The 2012 Arctic Cats will be among their lightest in their respective classes. And if they’re not the lightest, they’ll be so close that it won’t matter for anything other than bragging rights.

Lighter is better. Always. And I hope that Arctic Cat continues to explore designs and materials that will further lighten their sleds in the coming years (without adding cost).

In the meantime, they’re back to being in the thick, er, thin of it.

It feels great. It feels right. 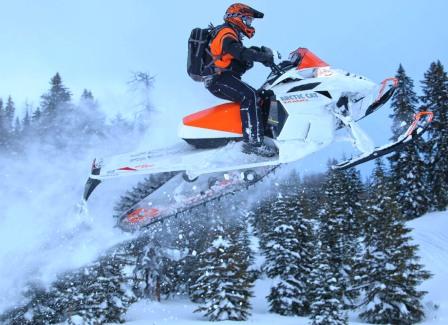