The first person who answers all of the mid-school, diabolical questions correctly, wins an infamous ArcticInsider Gift Pack. 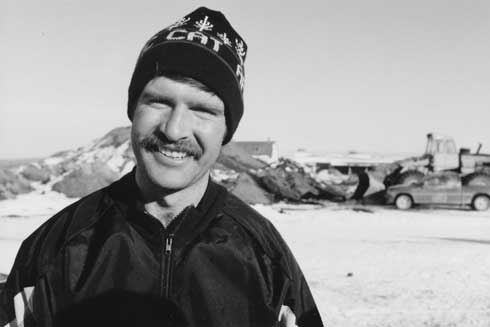 1. Let’s start with an easy 3-in-1 question…who is this guy, what year is the shot taken and why is he smiling? 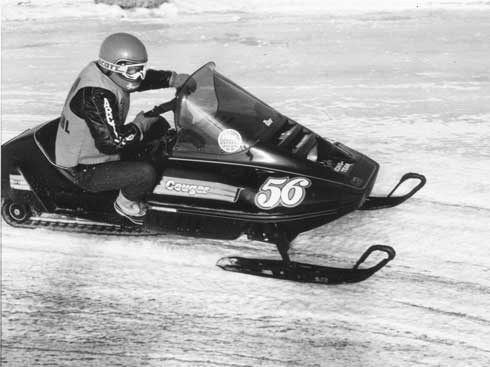 2. Here’s a truly great man whose three sons went on to great success in snowmobile racing (one of whom won the I-500). Name the guy pictured here. 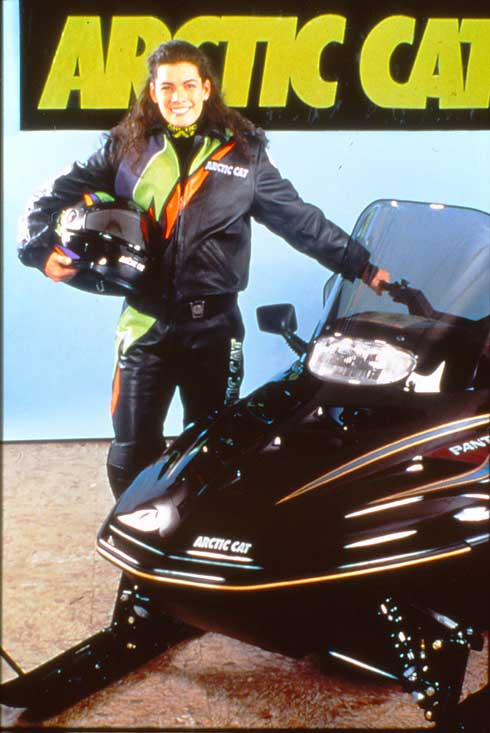 3. Who is this smiling lass and what infamous trauma happened to her leg? 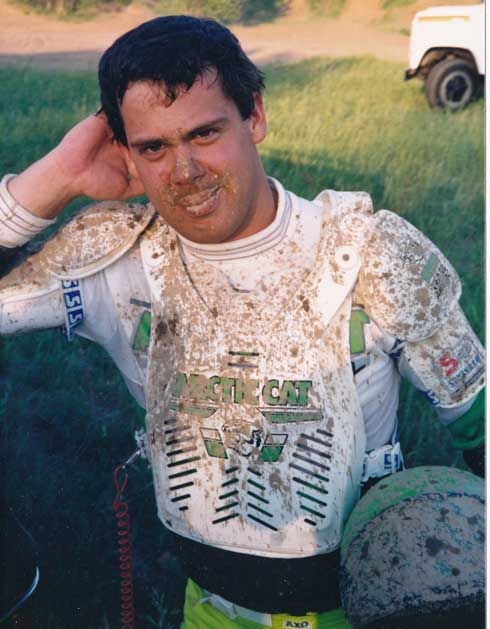 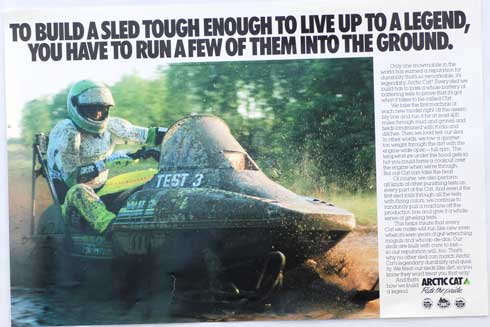 4. The guy above appeared in the famous Arctic Cat ad that accompanies the shot (in fact, the mug-shot of him was from the very same photo-shoot for this advertisement). What’s his name? 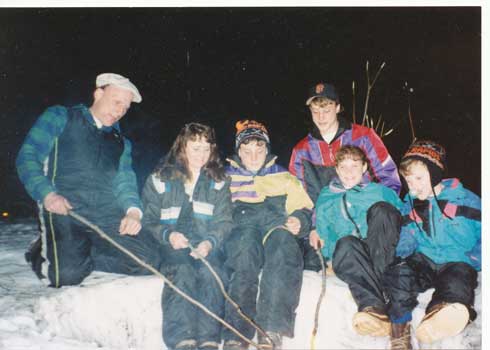 5. Two of the people in this shot are reknowned Team Arctic racers, with multiple class victories in the I-500 between them. Who are the two, and what’s this family’s name? 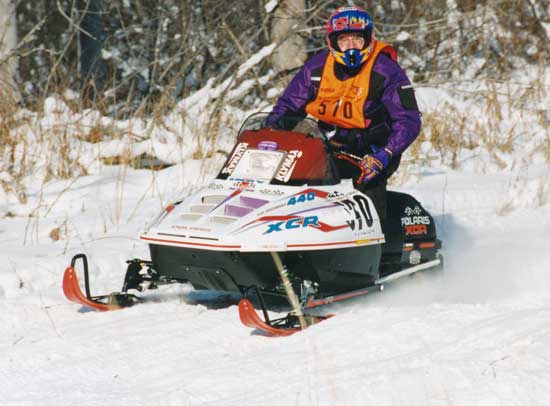 6. Okay, he’s not on an Arctic Cat…whatever. This guy’s name is Chad Wiech. He owned a company in the early-to-mid-1990s that sponsored many top Team Arctic racers, including Brad Pake. What was the name of his company? Bonus points if you can explain why Chad is racing with a Pro-Vue Prescription Goggles decal on his sled, yet he’s actually wearing glasses (and no goggles!)? 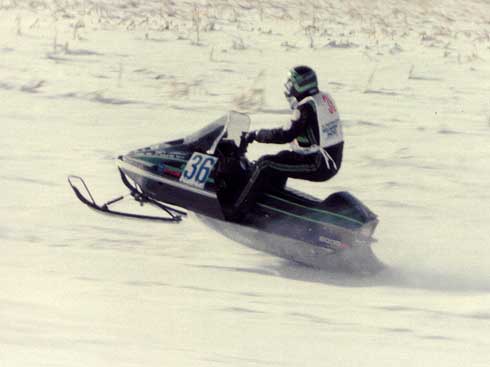 7. Finally, this future hall-of-famer won the I-500 on an el Tigre. Who is he, and what year was this photo taken?