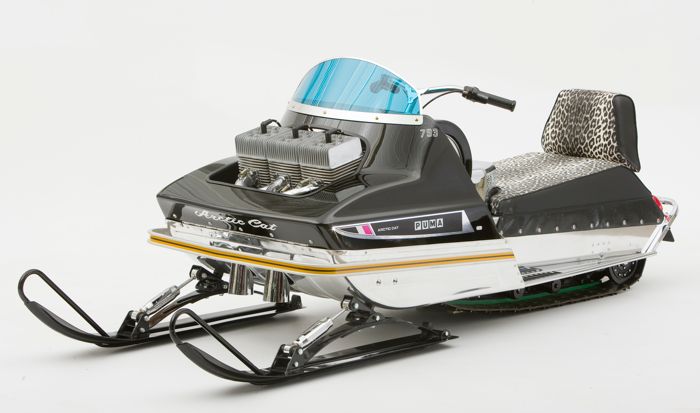 The 1970 Puma models introduced the first “short” chassis Arctic Cat models of the period, featuring a 17 x 103.5-in. track instead of the 17 x 126.5-in. track (and longer tunnel) on the Panther models. The goal of the shorter track/chassis was to make a quicker turning/handling sled than the Panther.

It was powered by the monster 793cc Hirth triple, with a 3-into-2 megaphone exhaust that dumps through the bellypan. Arctic Cat first used the Hirth triple the prior year on a handful of Panther mod sleds. It was one of a handful of big, powerful engines built for the fledgling snowmobile industry during the onset of the first musclesled era.

Nancy Ische and her husband Tom bought this sled from a seller located north of Warren, Minn., about a decade ago. It was mostly complete, including the serial # production tag, but missing the motor.

“The chassis was straight,” says Tom. “I put a new bellypan on it, but everything else was in good shape. It has a different hood on it, but I still have the original.”

Ische bought the NOS engine from a dealer who had it sitting on a shelf. He added to the machine an NOS seat, backrest and track, then completed the restoration in the 2005-2006 timeframe.

So stunning and impeccable in its quality, the sled won the 2009 Vintage Snowmobile Club of American Nationals in 2009 for Nancy.

“In our household, this sled is Nancy’s,” says Tom with a chuckle. “It’s her baby.”

According to semi-official sources, there were only three production 1970 Puma 793, but Tom questions the accuracy of that claim.

“Three is the number that people say, but it seems like they would have made more than that. We don’t know for sure.

“We know that back in the day there were people who were converting 793 Panthers into Pumas by swapping the tunnel and track. Arctic Cat made approximately 94 of the Panthers.”

You could say that the 1970 763 Puma set the stage for the three 1971 King Kat models, which also featured a short chassis (although longer than the Puma’s). The three King Kat models included a 793cc Hirth powered version (with tuned pipes) that slotted in-between the 650 JLO triple and 800 four-banger Kawasaki.

History would prove that the Puma chassis was too short for adequate traction, but the idea of a big engine (standing tall and outside of the hood) would define Arctic Cat race and musclesleds for years to come.

Even today, the powerful beauty of such sleds stops people in their tracks.

Nancy continues to show her ’70 Puma at various events. If you’re lucky enough to see it in person, you’ll know why it’s her favorite. 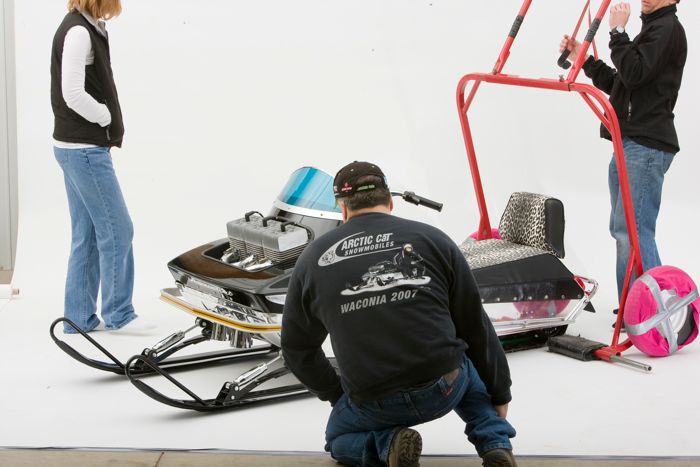 Setting up the “studio” shot of Nancy Ische’s 1970 Arctic Cat 793 Puma. Tom Ische in the foreground. 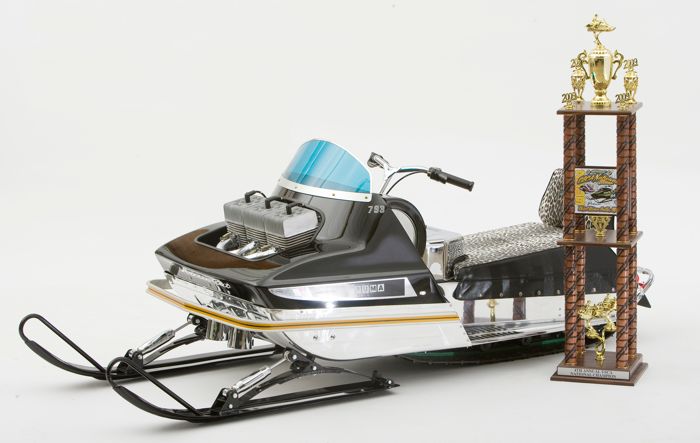 Winner of the 2009 VSCA Nationals. 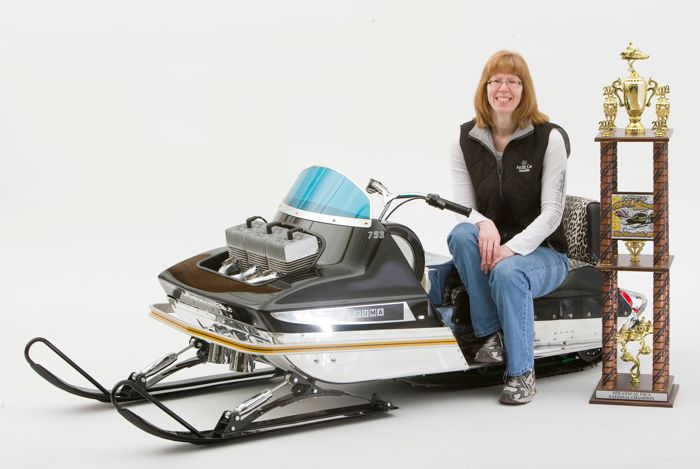 Nancy and her baby.