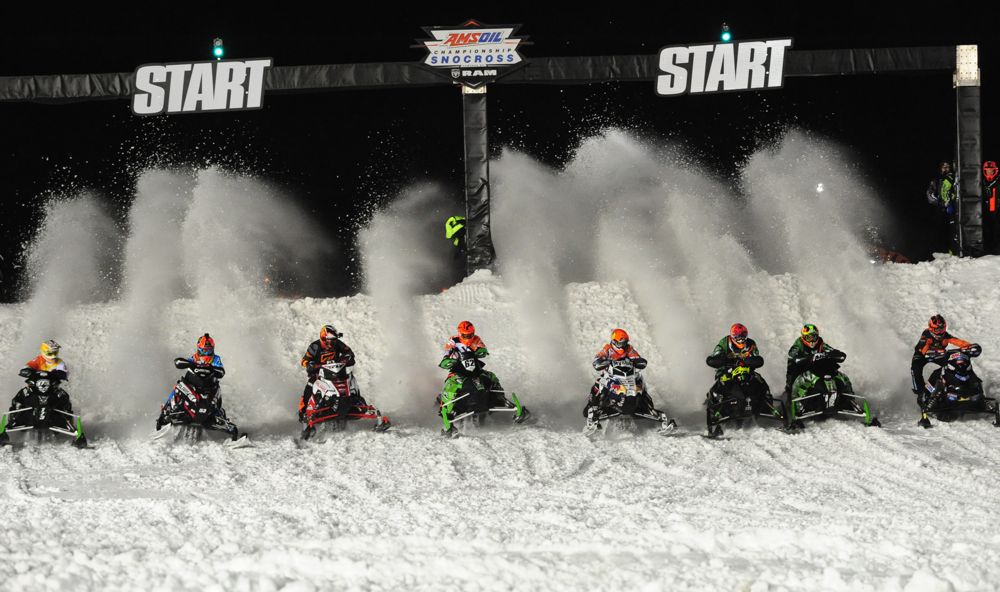 Ken Avann, president of the Canadian Snowcross Racing Association (CSRA) was one of the principal architects of the controversial new stock-sled-based rule change for Pro Open machines this coming season. A looooooongtime racer and circuit owner, Avann has oodles of experience at all levels of the sport.

He shared with me his opinions on what he believes the new rule will or won’t accomplish.

I appreciate his time, effort and desire to improve the sport of snocross (even if I disagree about several of the projected outcomes of this new rule).

Here’s Ken’s perspective on the rule change and what it will accomplish:

I would like to put a positive spin on the new snocross rules by focusiing on what I think are the benefits. First, some background:

All ISR affiliates have agreed to eliminate the Pro Open class. Pro racers will now compete with Pro-Lite Limited Build race sleds. Changes permitted include Aftermarket Silencers, Shocks, Skis, and Handlebars. The sled can also be reinforced and strengthened with added material.

This change is similar to motocross racing where all competitors (Amateur and Pro) compete with limited-build production race bikes all within a few horsepower of each other.

I believe these are the benefits from the rule change:

1. All “Pro” racers will now compete on similar equipment permitting the team and racer with the most talent to win at any event in North America. The big dollar race teams no longer have a non-attainable advantage over the independent racer.

2. Racing will be tighter, speeds will be slightly less and safer.

3. The change will encourage the OEM manufactures to build a better Limited Build race sled that all racers (Juniors, Sport, Pro-Lite & Pro) will benefit from.

4. The cost to race in the new Pro class will be far less than the former Pro Open class.

5. As Sport, Pro-Lite and Pro sleds are all similar, all parts are interchangeable reducing spare parts inventory.

6. The race sled will be cheaper, race fuel for lower compression engines will be less expensive, and at the end of the season the sled can be sold to a Trail Sport, Novice, or Transition racer.

7. As the cost to race is less, the larger sponsored teams and manufactures could support more racers or provide better contingency programs.

8. Pro and Pro-Lite racers use the same sleds so racers could now race in either class as approved by the specific race circuit.

Thanks for your consideration.