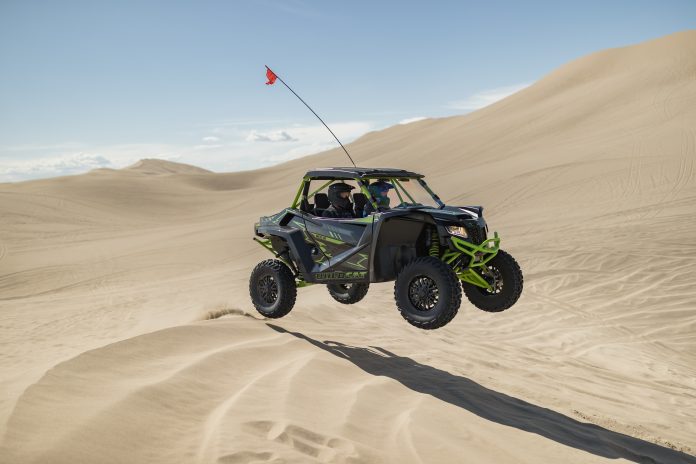 I love stumbling across these types of articles…makes me daydream a bit. Enjoy this reprint from NewsWeek.com written by Jake Lingeman and originally posted on 4/7/22.

Nissan won’t let General Motors be the only automaker in space. On Thursday at the 37th Space Symposium in Colorado Springs, veteran space company Teledyne Brown Engineering said that it will partner with Nissan, Sierra Space and others to create the next crewed Lunar Terrain Vehicle.

“We are proud to continue our extensive presence in space and are excited at the possibility of transporting the first woman and person of color on the surface of the moon.”

Teledyne has more than 70 years of experience in the space industry. It recently designed, built, and delivered the first of three Launch Vehicle Stage Adapters of NASA’s Artemis Vehicle. The initial launch is scheduled for early this summer. Teledyne is considered a Prime Contractor for NASA and has sent payloads to and from the International Space Station in the past.

Nissan North America will bring its expertise to the equation with decades of design and innovation, including experience in space. It will also infuse its autonomous driving knowledge and intelligent vehicle systems into the rover. And since there’s no air on the moon, it will be an electric vehicle.

“Nissan was the obvious choice for our team due to its previous work with NASA on autonomous mobility at AMES Research Center, vast capacity and experience with electric vehicles,” Spivey told Newsweek. “It’s passion for space exploration is unmatched and evident in our discussions and preliminary designs.”

The automaker gets to expand its engineering capability, with the goal of bringing some of that tech to its land vehicles. “Participation in this project allows for the extension of our industry’s technology and design capabilities to space technology, and vice versa,” said Maarten Sierhuis, Alliance Global Director of Nissan’s Alliance Innovation Laboratory in Silicon Valley, California in a press release.

“With this partnership, we will explore possibilities of autonomy and teleoperations, power management systems, vehicle connectivity, and human-machine interface to help shape the future of intelligent lunar rovers. We then will translate these learnings from the LTV operating on the lunar surface back to earth.”

Sierra Space, which has been in the industry for more than 30 years, will produce the flight software, navigation, communications, pointing and timing for the lunar vehicle. The company is currently finishing up its Dream Chaser, the only winged commercial spaceplane. That craft will start cargo supply and return missions for NASA next year.

A less surprising partner is Textron Specialized Vehicles. That company builds Arctic Cat snowmobiles, ATVs and E-Z-GO golf cars, among other things (Aviation). The company will bring its creative chassis design, vehicle dynamics and suspension and handling expertise to the team.

To read the rest of the article, click HERE or the blue link above.