The accumulation of photos is an ongoing situation here at HQ, to the point that I might soon have to buy my first external hard drive because the Commadore 64 will have reached its capacity.

Until that happens, I’m reprising the monthly Random Photo Essay so that you too can enjoy some of the lesser-seen sights in the world of Arctic Cat. 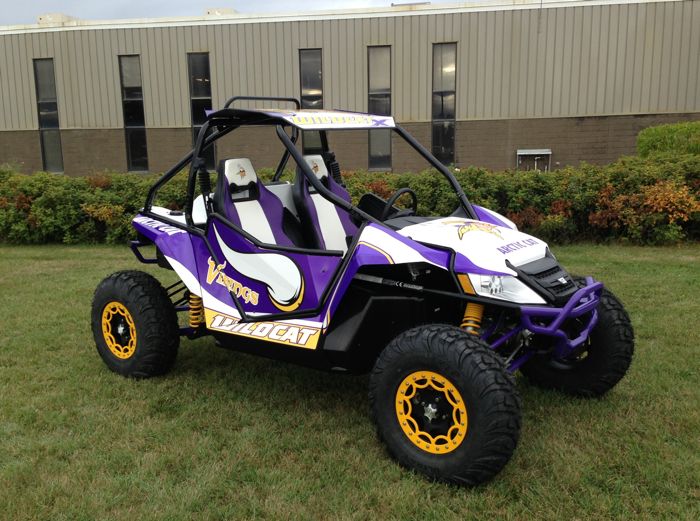 If you’re not a Minnesota Vikings fan, I apologize for this. If you are a fan, well… I apologize.

While their 2013-14 season has suffered severe burndown, at least Arctic Cat fans can take some solace that a sweet Wildcat burns onto the field during home games. 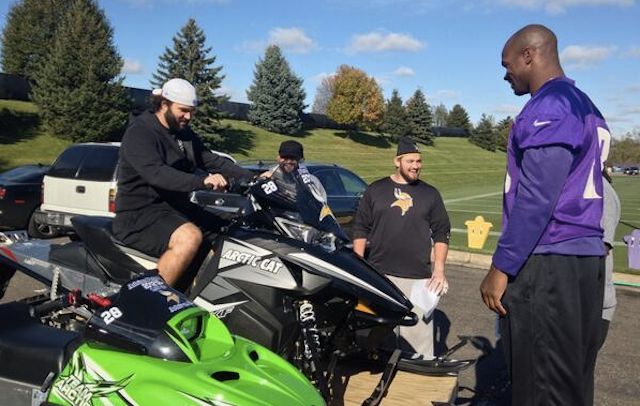 Adrian Peterson, the Viking’s star running back who rushed for 2,097 yards during the 2012 season (the second-highest single-season total in NFL history), rewarded his offensive line with brand new Arctic Cat snowmobiles. Read MORE ABOUT IT HERE.

Apparently they were thinking more about riding sleds than playing football during last night’s crushing by the Green Bay Packers. 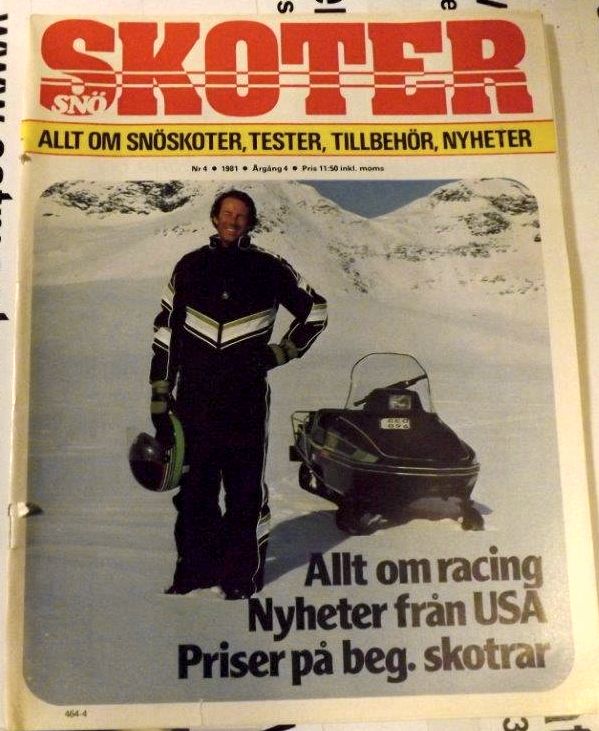 Okay, as long as I’m talking celebrities, here’s a photo of the man that many consider to be the greatest alpine skier ever: Ingemar Stenmark. The photo is of a 1981 issue of Skoter, a Swedish snowmobile magazine, in which Stenmark rode a handful of Arctic Cat snowmobiles. Paid schill or true passion, I do not know.

Thanks to Bengan Westerlund for the photo. 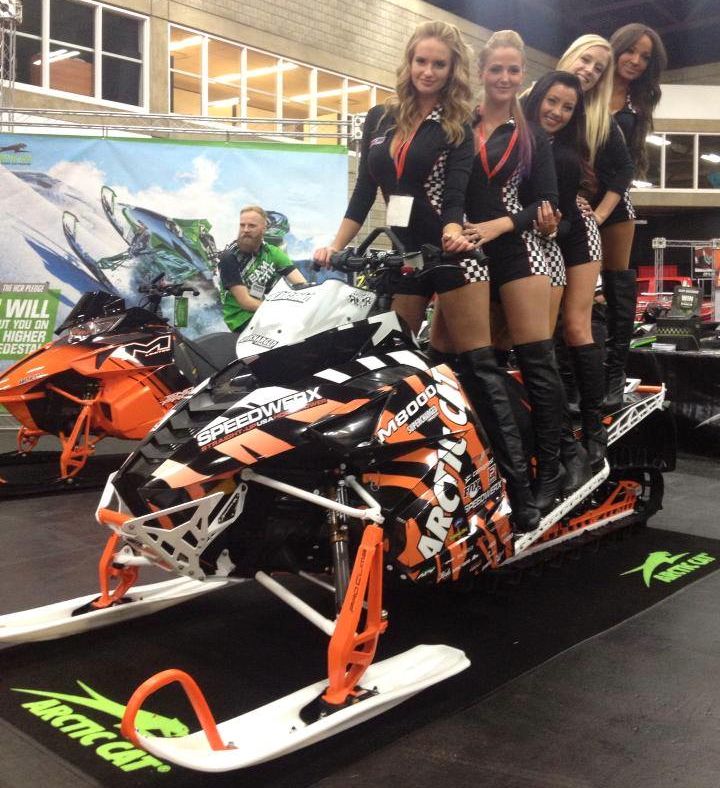 These gals aren’t paid to party on Rob Kincaid’s steed. No sir, beautiful women the world over are clamoring to test the Arctic Cat backcountry rider’s M8000 Sno Pro with the Speedwerx Supercharger and the Bengal wrap.

On to more serious matters… the upcoming race season. In little more than one month we’ll have seen the results of the first snocross and cross-country races of the season, soon followed by the first ovals and hillclimbs.

I wonder if Arctic Cat is going to clean house in USXC cross-country like they did last season? I’m hearing rumblings that several top Cat racers are going to pick-and-choose various events, rather than concentrate on winning the USXC Championship. Here some answers to those questions IN THIS GREAT PODCAST with Mike Kloety, Team Arctic Race Manager, on SnoX365. 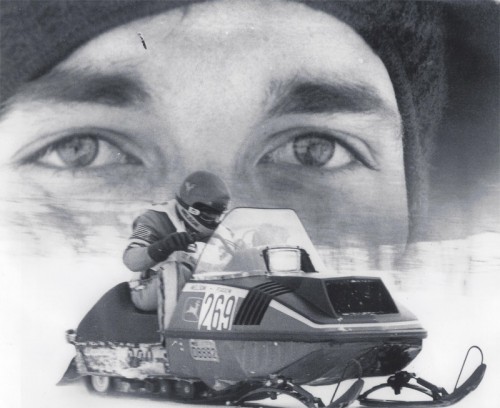 Want to read about a little controversy about Nelson’s 1976 I-500 victory aboard his John Deere Liquidator? Click THIS LINK to Vintagesleds.com and read his Ride-of-My-Life rebuttal to the allegation by Polaris riders that Nelson was aided by helicopter communication to win in ’76.

I suppose it’s time for me to come clean and admit that my own 38th place in the 1991 I-500 (aboard a Prowler Special) was aided by helicopter, F-14 fighter jet, satellite and little green men. 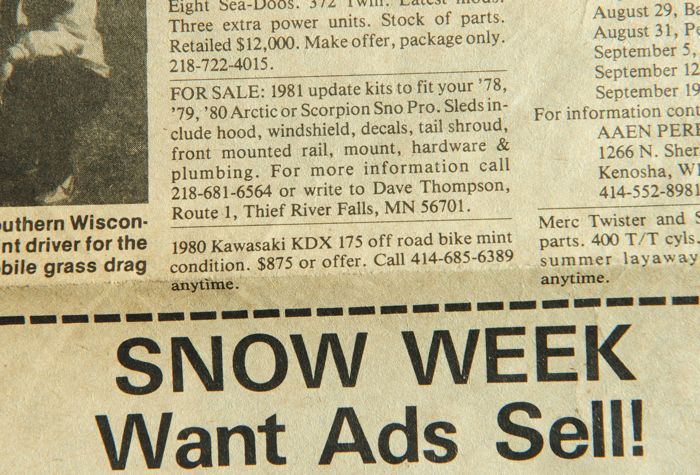 As long as we’re talking far-fetched conspiracy theories, what if I were to tell all the vintage Arctic Cat collectors that Team Arctic legend Davey Thompson was selling update parts for Arctic Cat Sno Pro oval racers? 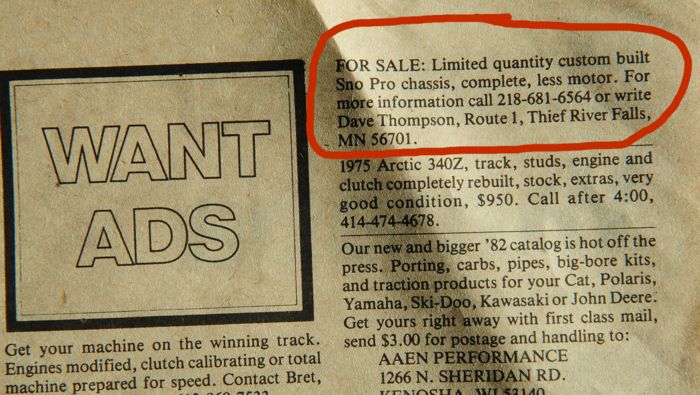 Or that Davey was also selling a custom-built Sno Pro chassis?

Well, if you can borrow the Deere helicopter and transport yourself back to 1982, you can buy a copy of Snow Week magazine. In it, you’ll find the classified section where Thompson is advertising all this stuff.

Just bring some cash and be ready to cash in 30 years later. 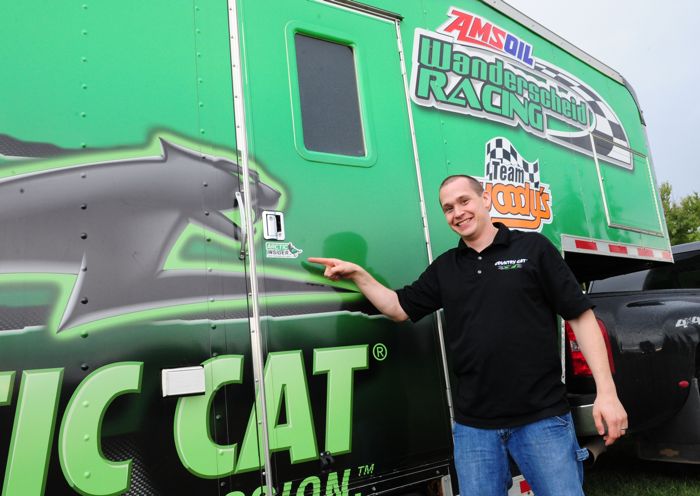 As long as we’re on the subject of Team Arctic oval race legends, now is a good time to publicly thank 4-time Eagle River World Champ P.J. Wanderscheid for sporting an ArcticInsider decal on his race rig for the past couple of seasons. 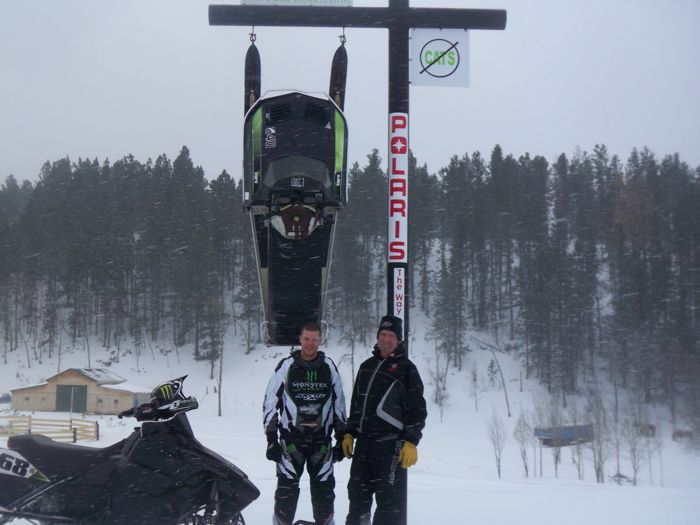 This photo of Tucker and Kirk Hibbert from 2008 is pretty funny, at least to my eyes. It was shot at a ranch in South Dakota owned by a die-hard Polaris rider. The Hibberts are friends with the owners.

The Hibberts have spent some time again this year testing in South Dakota in preparation for the upcoming snocross season. 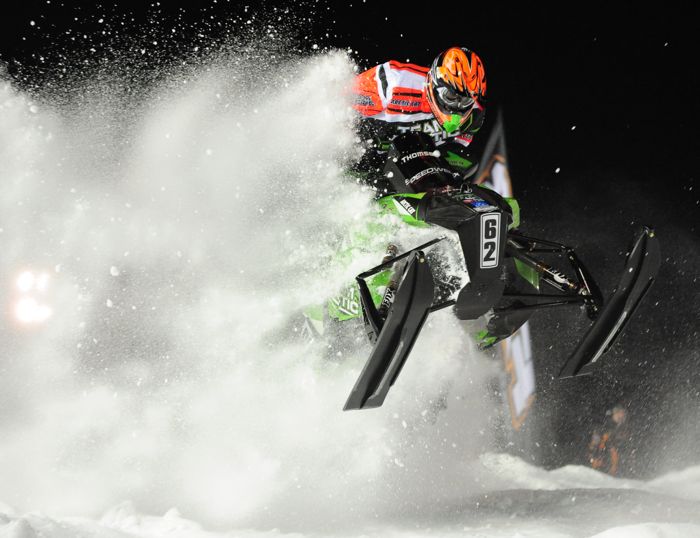 Cody Thomsen is another Arctic Cat snocrosser who’s getting ready for the season. The Team Arctic Factory racer has fully recovered from his season-ending injury at Canterbury last year. 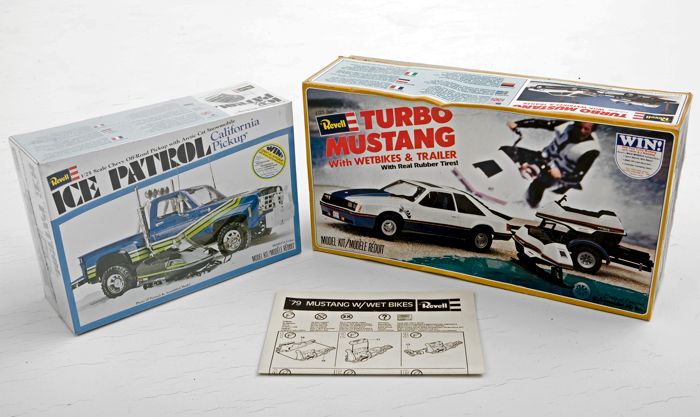 Meanwhile, while all the racers are getting their bodies and sleds tuned for the coming season, I’ve been busy putting together some models and listening to records.

The Arctic Cat El Tigre/Chevy Truck model and the WetBike/Mustang are sweet memorabilia from the Ische Family collection. 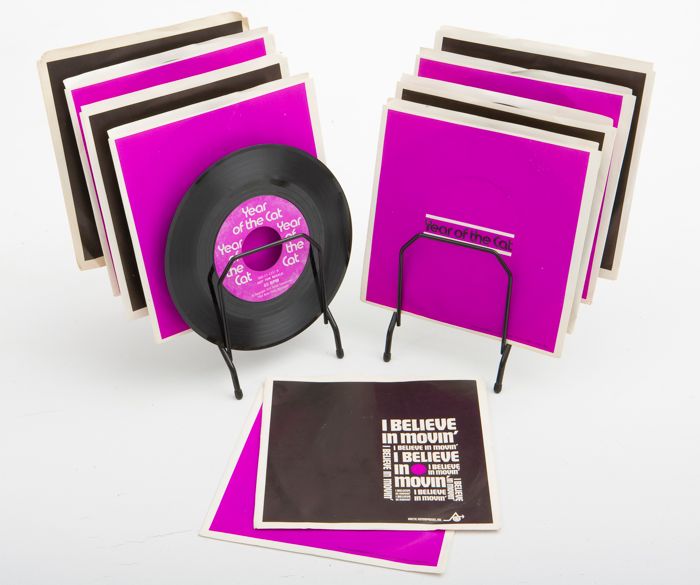 Same with the soothing sounds of this pressed vinyl. Easy on the ears, I tell ya!