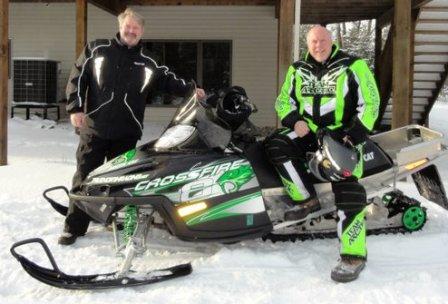 I know three brave souls who will compete in the upcoming Cain’s Quest adventure race in Labrador/Newfoundland, beginning March 12.

Most of the pix are of Rob Hallstrom (above left) and his partner, Michael Dolby. Rob (53) lives in Savage, Minn., while Michael (50) lives in Jordan, Minn. Both have lake cabins next to each other in Bemidji, Minn., where they’ve been prepping and testing their sleds. (For more pix and info on these two, go to their Website TrueNorthRacing.)

They were set to race last year’s event until warm temps forced the cancellation of the race.

Captivated by the stories they heard about the race from Arctic Cat racing legends Paul Dick and Rex Hibbert (who finished 5th in 2008 and 3rd place in 2009), Rob and Michael bought their Crossfire 800s and proceded to perform and front-to-back prep for the brutal conditions of 1,600 miles of Canadian wilderness.

From everything that Paul and Rex described, the race requires a mixture of orienteering, woodsmanship, survival, mechanical aptitude, stamina and speed. Not to mention…luck. 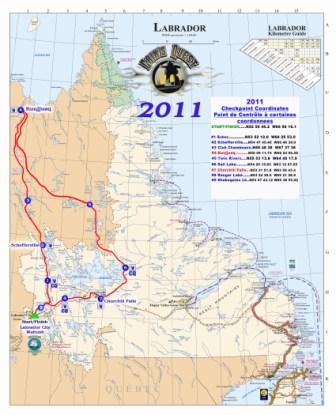 With a new race route (the term “route” requires a VERY liberal interpretation, because there is no marked course as racers are free to choose whatever route they want between checkpoints) in 2011 that’s even more remote than year’s past, organizers require each team to haul gas.

For Rob and Michael, that meant fabricating a special sleigh and custom fuel tanks that will hold a total of 110 gallons. 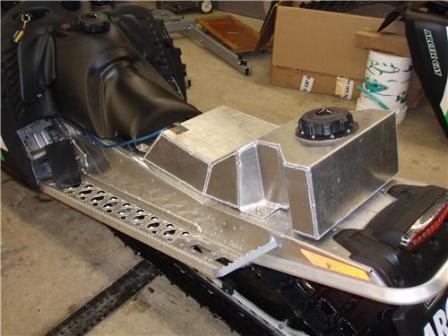 Here’s the custom auxiliary aluminum fuel tank that holds 8 gallons. Feeding the stock 12-gal. tank, that makes for some serious range between fill-ups. 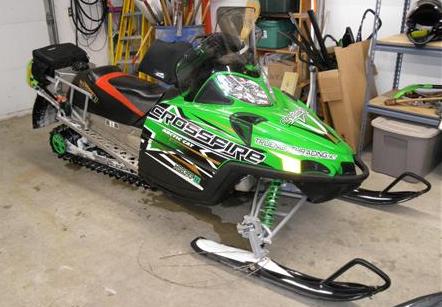 The amount of work these two have done to their machines is astounding. Here’s a partial list:

* Heavier springs in the skidframe 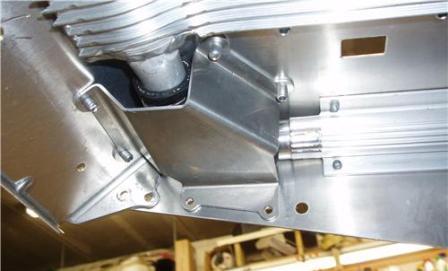 Sensing the possibility for a problem should something unforseen occur, they fabricated aluminum shields for the coolant hoses for the rear exchanger. 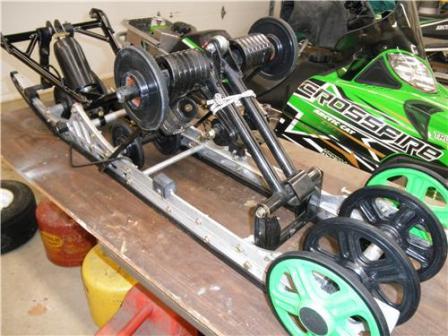 In addition to ice scratchers, rail supports (not shown) and alum. spring blocks, they also “tied” the spring tines together via rubber rope. Why? If a spring breaks, the short end won’t roll up and spear the track. 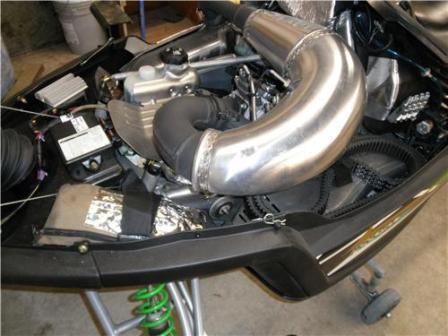 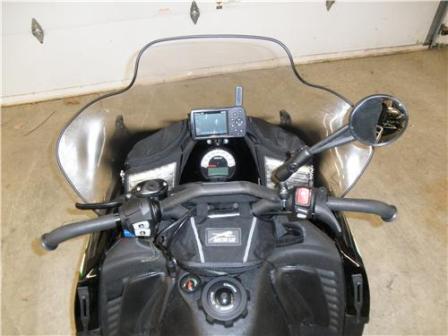 A tall window, GPS, rear view mirror and extra bags are all critical components to riding in nasty conditions, with no actual route, with a partner, for five days. 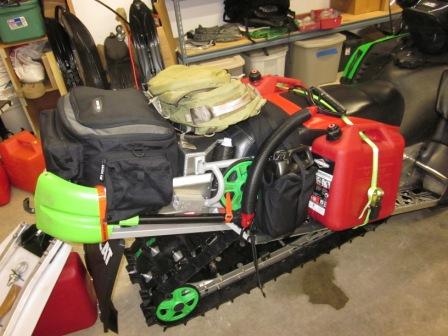 Yes, there is a kitchen sink in there somewhere. 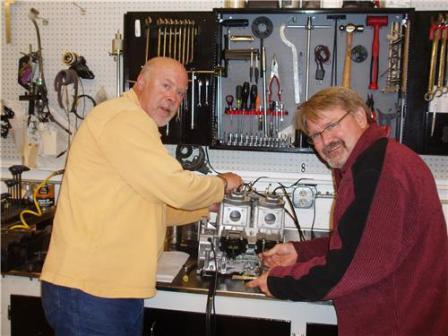 These two were so serious about the race, they attended a CatMaster Training school at Arctic Cat, where this photo was taken. Pretty cool! 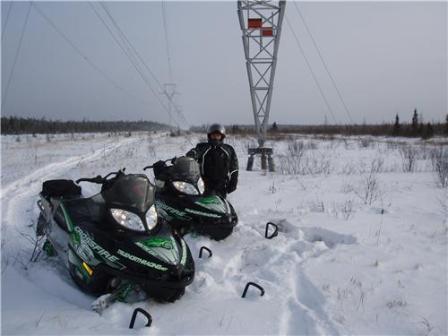 A training ride last winter, on their practice sleds. 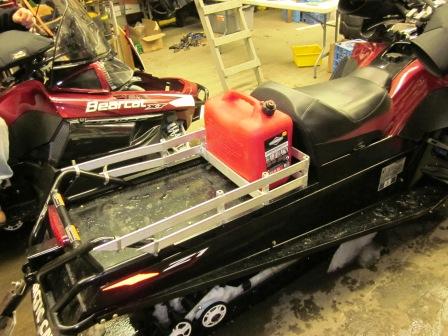 Rex and Paul went a different route with their sled choice, opting for Arctic Cat Bearcat XT Limited models. The reason: having to haul the extra gasoline, plus the fact that the Bearcat’s can go through almost anything. And in case they get stuck… they’ve got a winch. This shot is inside of Paul’s shop in Grand Rapids, Minn.

According to Paul, he’s in charge of sled prep, while Rex is in charge of “all that electronic crap we have to have with… like GPS and lights and stuff.”

Here’s the custom fuel-hauling sleigh that Paul built, patterned after the unit Rob built, which is patterned after a Canadian company’s sleigh (but that can’t be shipped to the U.S.). Thus, these two team made their own.

I wish these guys (and everyone who attempts Cain’s Quest) the best of luck and safety. I’ll be happy to report the stories of these two teams when they (hopefully) finish.