Prepping for the 50th: Captain…America? 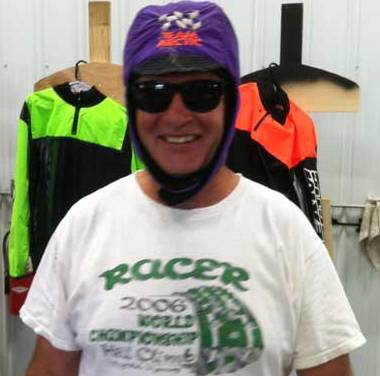 Who is this capped crusader, and why is he prepping historic sleds (and decades of race gear) to display at the 50th?

Why, it’s none other than the same guy featured in this Team Arctic race-win ad from the 1990 Jeep I-500.

And from this I-500 race-win ad from 1993 that appeared in the Minneapolis StarTribune newspaper that year.

The Captain and his son Tucker (who no longer LOVES the nickname “Corporal Crunch”) will have both I-500-winning sleds on display, plus a whole batch of Tucker’s X Games-winning sleds and decades worth of their personal race gear.