Q&A with Gary Flynn: Man of Many (Arcticwear) Hats 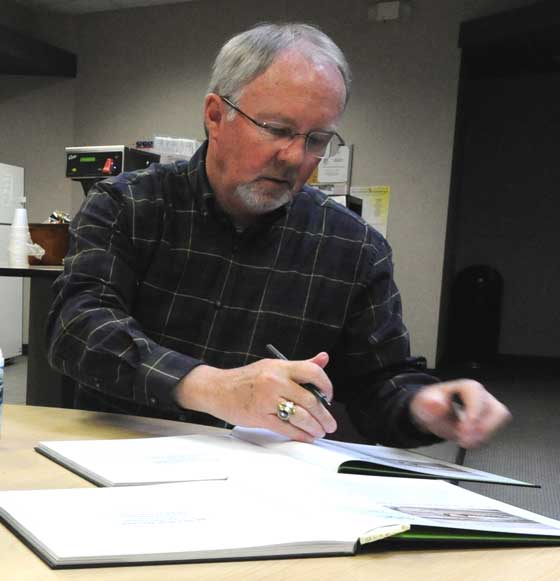 One month ago, Gary Flynn, 64, walked out of Arctic Cat looking forward to retirement while looking back on a career that spanned four decades at the iconic company.

The diversity and length of Flynn’s career is nothing short of amazing. And in terms of his contributions and personality, Flynn was truly exceptional.

Before he took that final step out the door, Flynn was kind enough to answer some questions about his career, his amazing assortment of jobs and other topics he’s uniquely qualified to address.

AI: Gary, there are few people who have the kind history you have at Arctic Cat. Tell me about the various jobs you’ve had.

Flynn: This is going to be a long answer (laughs). My career at Arctic Cat began in 1970. Fresh out of college, I was hired at the company’s outerwear sewing plant in Karlstad, Minn. We had 120 operators sewing 400-600 outerwear garments daily. At the time we also had a plant in Detroit Lakes, Minn., sewing outerwear just for the U.S. This time at the Karlstad plant was a brief warm-up for my next job.

From 1970 to 1974 I was the plant manager at the company’s production center Rainy River, Ontario, which produced all of the garments for Canada.

Then from 1974-1976 I was transferred back to the U.S. to be the OEM Sales Manager focusing on selling our excessive outerwear production capacity to companies like Kawasaki, Suzuki, Yamaha and Gambles. During that time we produced motorcycle jackets for those brands.

After that a partner and I purchased the former Arctic Enterprises sewing plant in Detroit Lakes and launched our own winter outwear business, Lakewood Sportswear. I later sold my portion of that business.

After Arctco started, I wanted to return and began pestering then-president Chris Twomey to hire me. He relented by hiring me 1994 as a manufacturing engineer for our watercraft program, a job that had no connection to any of my skill sets (laughs). That was more of a stop-gap hire, and a year later I was back to managing the company sewing plant, a role I kept until 2011.

In addition to managing the sewing plant, I’ve been a commodity manager in our purchasing department (2007-2009), a manager at our Madison, South Dakota, production plant (2007-2008), international sales manager (2009 to present) and as military sales liaison (2009 to present).

As you can see, I’ve been used to manage facilities, “plug holes” and pursue many interesting roles during the past 42 years. 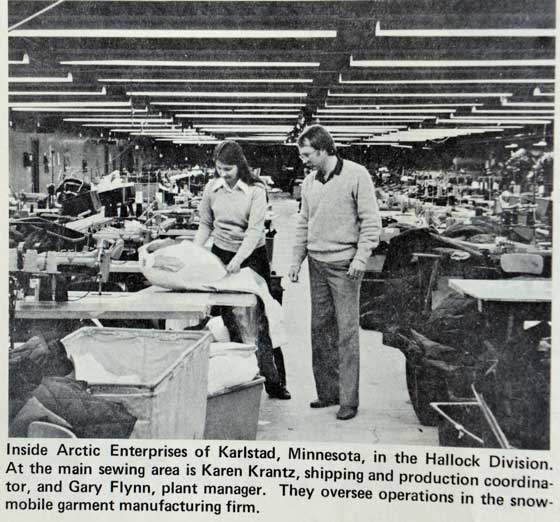 AI: Wow, you win the award for being a jack-of-all-trades! What are some ways the company has changed in all that time, and what are some things that have stayed the same?

From a business standpoint, we’re a completely different company now. In the old days we’d build inventory and hope we could sell it. Now we have weekly meetings to determine if demand and inventory are moving in unison. There is a fiscal responsibility today that is scrutinized closer and more frequently than during the old days.

Culturally, the company has remained similar for 50 years. We still focus on performance and racing for snowmobiles. In Thief River Falls, we’re still a tight-knit community that prides itself on our products.

AI: How did the bankruptcy and end of Arctic Enterprises affect what would become, and what currently is, Arctic Cat? Was that dark chapter an ultimately good thing for the brand?

Flynn: We used to go through money like water. The bankruptcy made us cost-conscious. It made us a smarter company. 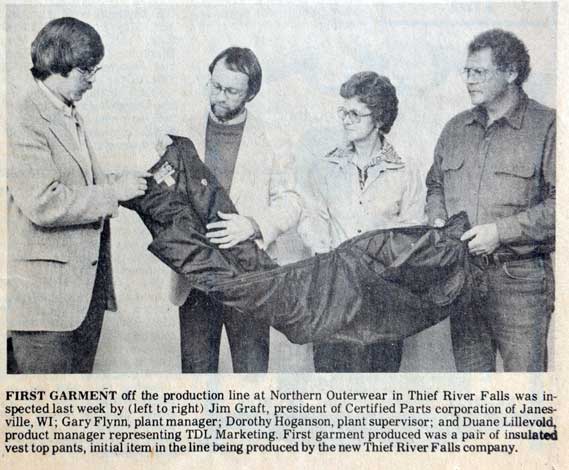 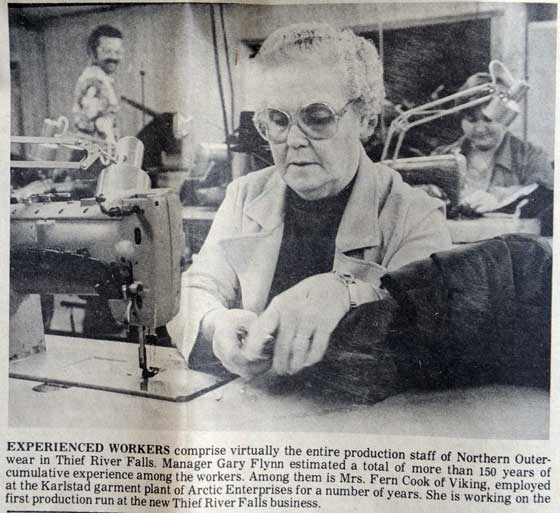 AI: You managed production at a number of different company facilities over the years. What is your opinion of the current trend of shifting some production supply offshore?

Flynn: I’m proud that Arctic Cat is the only current snowmobile manufacturer to have ever produced its own outerwear. All the other brands contracted their clothing production to outside suppliers. And the products we produced were of the highest quality. So it was difficult for me personally when, in 2000, we ceased domestic production of Arcticwear outerwear after producing it in the U.S. for more than 30 years.

Sourcing these items overseas became necessary in that all of our competition had already moved overseas and were selling at prices that reflected that shift. Our customers were demanding reduced pricing from us. The only way we could deliver upon that demand was to shift production overseas.

Nobody here relished that decision. Personally, I wish everything was made in the USA. But I also have to be honest and look at the clothes I’m wearing. Most of it is made elsewhere. Our customers are the same way.

When we went overseas I inspected all the plants in China and Vietnam to ensure there were (and are) no children working, that there are decent working conditions and decent pay. We created an outerwear specifications book that helps ensure the quality is where it needs to be, for sizing, materials and construction.

Today we are getting a more technical garment in terms of features and materials at a price we couldn’t touch in U.S. Perhaps the quality isn’t quite as good as domestic production, but it’s very close.

Obviously this is a challenge that many industries have wrestled with. The solutions are complicated because people say they want one thing, but their actions tell a different story. And like I say, I’m as guilty as anyone.

AI: Tell me a little more about your main role as International Sales Manager.

Flynn: I am one of two International Sales Managers, the other being Rick Stokke. I was responsible for the sales and marketing of ATV’s, Snowmobiles, and parts/garments/accessories to Norway, Sweden, Finland, Russia and Ukraine, as well as developing new distribution in Eastern Europe and Asia. International markets represent our largest growth opportunity, without question. And I’m proud to say that International Sales have grown significantly in the past several years, due to both sales growth with our older distributors, and the addition of many new distributors. 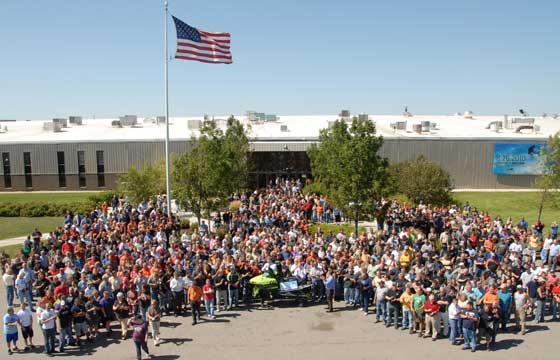 AI: It’s said by many that Arctic Cat is more than a company that makes great products… that it’s a company for and about people. Do you agree with that?

Flynn: I’m probably a tad prejudiced, but I would agree. Arctic currently has more than 650 employees that have more than 10 years employment with the company. That is remarkable when you consider the national average is 3-5 years. The company is still small enough that nearly every employee can make a contribution and be heard.

Furthermore, everyone here knows everyone else, or at least knows what they do. We feel like we have direct involvement with the product. Likewise, we have good relationships with our dealers and distributors. We involve them in decisions about products.

And perhaps most importantly, we value connecting with our customers. That’s something that’s remained true for fifty years.

We don’t always do everything right and sometimes we make mistakes. But when we do get it wrong we react accordingly. We fix our problems.

AI: There are several longtime Arctic Cat employees who have retired or will be retiring in the coming years… people who literally helped build the company from the early years. How do you anticipate these retirements will affect the company, its products and its relationship to us riders?

Flynn: You’re correct; there are a significant number of employees in my age group that are looking to retire. An experienced work force is something you can’t replace overnight. New hires will unfortunately make mistakes that veterans have already learned from. My hope is that the new and younger workforce retains the passion and interpersonal relationships, both at work and with our distributors, dealers and customers. That focus and connection are what has made Arctic so successful.

AI: Okay, as much as I enjoy talking with you about the personal side of the company, I still want to talk a little bit about machines. What’s your all-time favorite snowmobile and ATV?

Flynn: One of my favorite sleds was my 1973 El Tigre. It was extremely low, fast, and easy to handle. It was like a small sports car. Now it’s the 1100 Turbo that would be my choice for a new sled. For years my favorite ATV was the 500 TBX, but now I have to admit to being a fan of the 700 HDX. 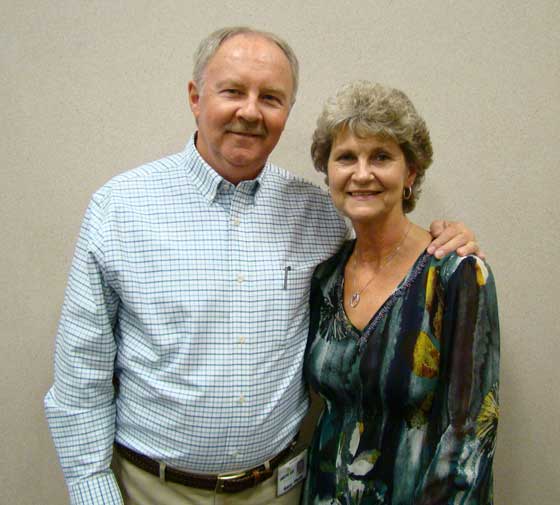 AI: Not only have you retired from Arctic Cat, but your wife Karen has joined you. What was her job? And what are your plans for the next chapter in your life?

Flynn: Karen has been with Arctic over 35 years, most of that time as a supervisor. In recent years she was the supervisor responsible for Pre-Assembly of engines, fuel tanks and steering assemblies, primarily for sleds.

We purchased a home in Florida last year and also have a cabin on Lake of the Woods in Ontario.  We plan to spend the winters in Florida and summers at the cabin.

AI: I always ask people to tell me a good Roger Skime story. What’s one that sticks out with you?

Flynn: On a recent snowmobile ride, about a dozen Arctic Cat engineers and sales employees rode all the new models from the factory to Goodridge, Minn., and the surrounding area. The weather was nasty, about -25 F, and the visibility was poor with blowing snow. Roger was of course the leader of the pack, and the rest of us had an almost impossible time trying to keep up with him. For a guy that is one of Arctic Cat’s oldest employees, he still has the riding skills of a young racer.

AI: The floor is yours…are there any other topics you’d like to talk about.

Flynn: I’ve had a long and interesting ride with Arctic and have really enjoyed the variety of jobs during my 30 years of employment. I’ve been able to work with nearly every department, from Purchasing, Inventory Control, Manufacturing, Quality, Call Center, Warranty, Service, MIS, Accounting, Engineering, Credit, Media, Distribution, POGA, Sewing, Racing, Shipping, and Sales.

Arctic Cat has been blessed with some outstanding and dedicated employees, distributors and customers, many whom I would call good friends. I will miss the day-to-day challenges and the opportunity to work with all the great people and I wish Arctic all the best.