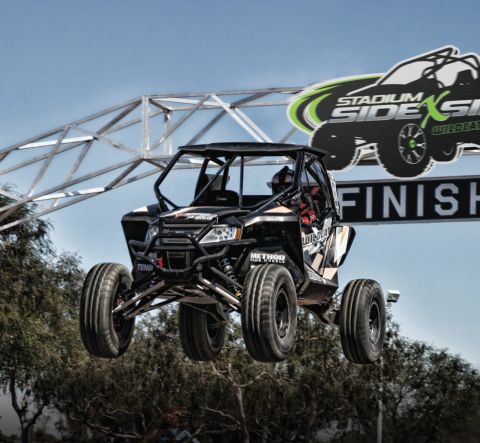 Enter the “Race and Ride with Robby Gordon” contest for a chance to race an Arctic Cat Wildcat™ X with Robby Gordon during the Stadium Super Trucks race at the Sand Sports Super Show in Costa Mesa, Calif., on September 16-18, 2016.

Commented Arctic Cat Chief Marketing Officer Greg Williamson: “We continue to look for ways to give our dealers and customers the ultimate off-road driving experience. We can’t imagine a more thrilling way to do this than to give them the opportunity to race one of our exciting 2016 Wildcat X machines, alongside a legend like Robby Gordon and in front of thousands of race fans.”

The “Race and Ride with Robby Gordon” contest starts on March 1, 2016, and ends on July 30, 2016. It is open to U.S. and Canadian residents who are 21 years of age or older at the time of entry. No purchase is necessary to win.

All contest ballots will be available at participating Arctic Cat dealerships and online at www.arcticcat.com/race-and-ride, where fans may download the entry form and get a glimpse of this exciting opportunity by watching video highlights from last year’s race.

Completed ballots must be placed into a ballot box found only at participating Arctic Cat dealerships to be entered for a chance to win. Contest information and rules will be posted on Arctic Cat’s website and in participating dealerships.