Here are some random photos from my archives. In no particular order, of no particular signifigance, but posted for your (and my) viewing pleasure. 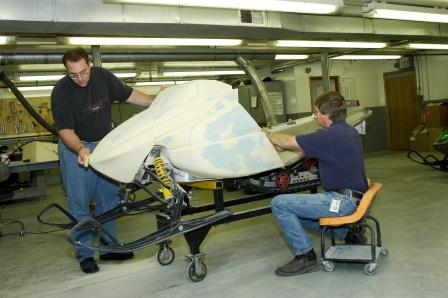 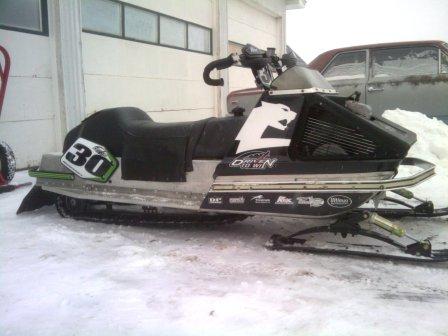 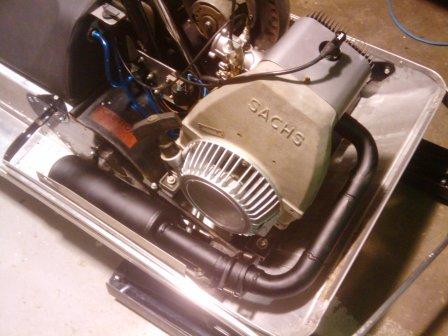 An under-the-hood-shot of Matt’s racer, with a gleaming Sachs single that’s ready to shake, rattle and roll. 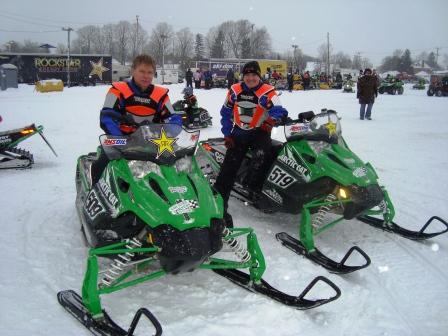 Mike Van Muyen (left) & Phil Molto on their Arctic Cat Sno Pros from last race season in Canada. Molto, who is a writer/cameraman for Snow Goer Canada and Snowmobiler Televeision, wanted to test the Sno Pro 500 on the race track. He said, “Both Mike and I were very impressed, but my wife was not happy to see me back on the track.” Amen to that, brother! 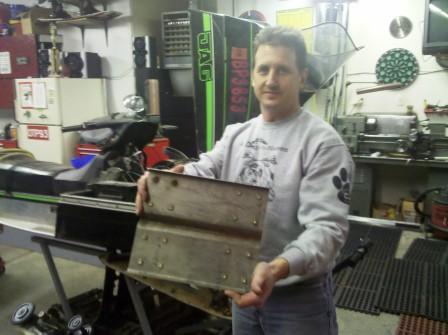 Former Team Arctic cross-country racer Dan Skallet is still into snowmobiling, running a shock-rebuilding business as a side gig to his job as a Delta airline mechanic. I was at his shop recently, and Skittles proudly displayed his custom titanium sled dollies. Light. And cool! 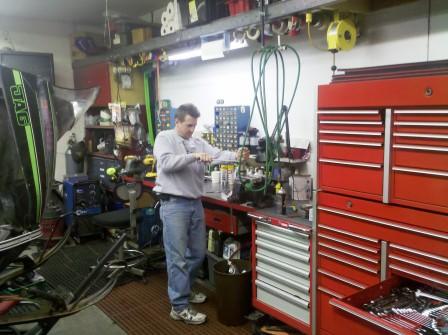 Here’s another shot of Skittles working on one of the Fox shocks I brought him that day. Thanks Dan! 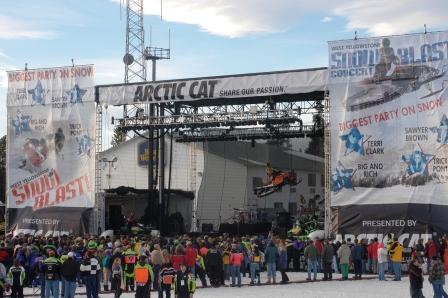 Anyone besides me remember (or go to) the original Arctic Cat Snow Blast in West Yellowstone, circa 2005? 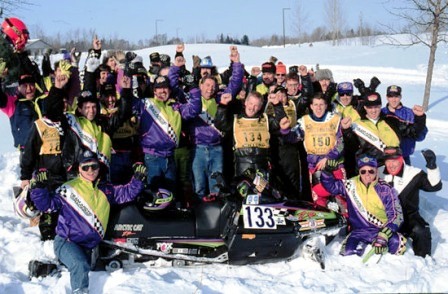 How about the 1993 I-500 cross-country, which finished in Thunder Bay, Ontario, with Kirk Hibbert winning his second 500 after reeling in and passing Doug Lasher with only about one mile to the finish? Epic day for kirk and the then-new ZR 440. I gathered Kirk (purple Arctic Cat jacket directly behind the helmet on the seat) and as many Team Arctic racers/crews as I could, then grabbed some “team” pix. Lots of smiles that day.

Can you ID anyone in the photo? FYI: Dan Skallet is on the front row. 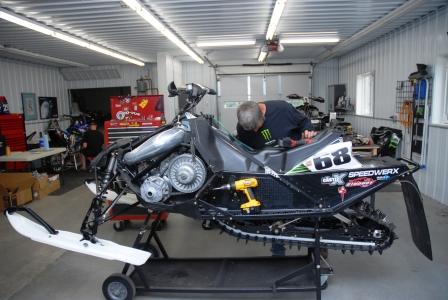 Speaking of Kirk Hibbert, here he is working on Tucker’s Arctic Cat Sno Pro race sled in the late summer of 2008, inside his most-excellent shop near Goodridge, Minn. In the back/left of the photo you can see Tucker working on his dirtbike, and wondering where on it I placed the “ArcticInsider” decal. 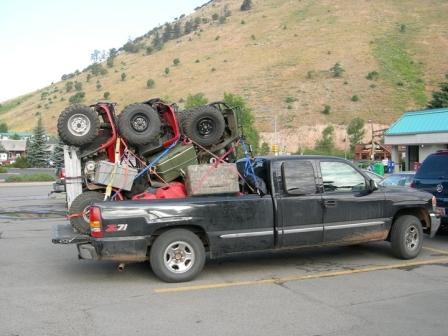 This is how I go ATVing with Tucker and Rob. Tucker has perfected a way of jumping each quad into the bed of the truck. I’ll get some video of that soon. 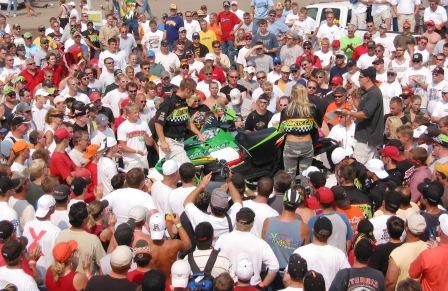 The Arctic Cat booth at Haydays, 2003, when the then-new-for-2004 Arctic Cat Sno Pro was unveiled. Anyone besides me remember the off-color joke that MC Jerry Bernardo made to Team Arctic racer Lissa Toncray, over the PA system so all of the thousand-or-so people could hear it? 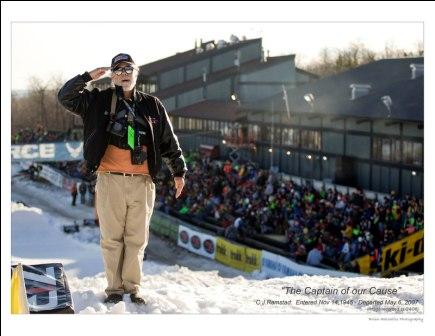 The guy to whom I owe my job in this industry, who taught me a TON about everything from sailing to photography to how to avoid paying for gas money when taking road trips with friends, and whom I miss dearly… the late, great CJ Ramstad.

This perfect moment-of-CJism from the Duluth Spirit National was captured by Brian Balsatis, photographer to the stars and someone who loves “sick-deep pow.”