In a sign of the times, last Thursday the display sign in front of the plant in Thief River Falls changed.

Gone was the “ARCTIC CAT” that had stood for many years. In its place, a new display that includes “ARCTIC CAT” and “Textron Off Road” underneath “Textron Specialized Vehicles”.

I know that for many people in TRF and around the world, the change was shocking. Some people are saddened. A few are mad.

Everyone I talked with was also damn glad there’s still a sign, still an Arctic Cat and is thankful that Textron stepped in when they did. Because they know that the alternative would not have been pretty.

It doesn’t surprise me one bit that some people are shocked and saddened by the new sign. Frankly, I understand because I also feel a bit of both.

I felt the same way when, a year ago, the company changed the brand name of the dirt products from “Arctic Cat” to “Textron Off Road.” At the time, I understood the rationale for that decision. It was perfectly reasonable. But it still hit me in the gut.

And I knew that once that decision was made that it was only a matter of time before the signs outside the buildings would change to reflect the new reality.

In the 18 months since Textron first announced its intention to purchase Arctic Cat, followed by the actual sale a few months later, I’ve had to wrestle through a lot of tough emotions and feelings.

Loss…for a company I’d known and loved for decades.

Anger…at the previous management team who seemingly drove that company into the ground at full-throttle.

Failure…for being unable to change the speed or trajectory of that downfall.

All of those feelings have nothing to do with Textron.

We develop powerful and deep connections to the things we love. And like many of you, I have loved Arctic Cat. It’s what happens when we dream about a machine and then eventually spend our hard-earned money to purchase it. It happens when we buy and wear the branded clothes and the gear. It happens when our vacations revolve around these machines, when our children experience their first adventures upon them, when we spend time working on them in the garage and when we feel great thrills and see new places while riding them.

That’s why we have deep, powerful connections to our brand.

So when the name changes on the side of a machine or the sign outside the building, it’s a reminder of the monumental changes that occurred to our brand over the past year and a half. Time heals all wounds, it’s true, but each of us requires a different amount of time for healing. Some aren’t quite healed, while others are.

As I said earlier, pretty much everyone I’ve talked with over the past 18 months has been extremely thankful that Textron stepped in when they did to rescue Arctic Cat. While the actual financials from those last six months or so of Arctic Cat, Inc. appear to be known only to a select few, it appears now that bankruptcy was imminent by the time Textron cut the check for $247 Million.

So we’re thankful. The lights are still on, the production lines are humming, people have jobs and sweet machines are fulfilling the dreams of people like you and me.

We. Are. Really. Thankful!

It’s true that Arctic Cat is now a small part of a huge company. That’s different than the previous 55 years.

But here’s the thing: what made Arctic Cat the brand we love hasn’t changed one bit.

Because what made Arctic Cat great – going all the way back to 1962 – is the people. And people are still doing EXACTLY the same cool things at Arctic Cat that they’ve always done.

When I was in TRF on Friday, I talked to dirt and snow engineers who are deep into new projects we’ll see in the coming months and years. I talked to District Sales Managers who are pumped about the spring success of ALPHA ONE and iACT, as well as the soon-to-be-hit Prowler Pro.

I saw page proofs of catalogs highlighting all sorts of cool new Parts and Accessories for dirt. I saw riders on the test track putting miles into some of these ideas and projects. I saw a Race Shop busy entering in the information of race team applicants who are planning to race for glory this coming season.

I saw beautiful, gleaming new Wildcat XX, Stampede 4 and XF 8000 Cross-Country machines coming off the assembly lines. And these machines will be shipped all over the world to dealerships that are stronger now than they were 18 months ago.

And once at dealerships, people who have dreamed and saved to buy one will purchase these machines. People who are anticipating and planning riding weekends with friends and family. And who will experience the thrill and adventure and satisfaction that ultimately drives this WHOLE process each and every day.

“ARCTIC CAT” is still on the sign out front, along with “Textron Off Road.”

The family has grown, that’s all. It’s a sign of the times.

Thanks for reading (and thanks for being part of the family). 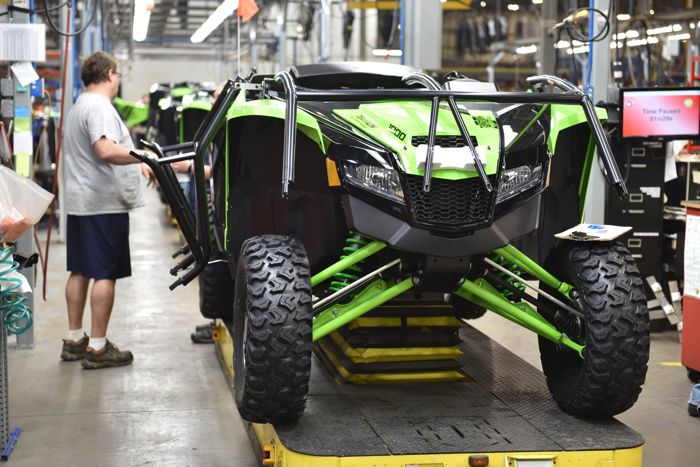 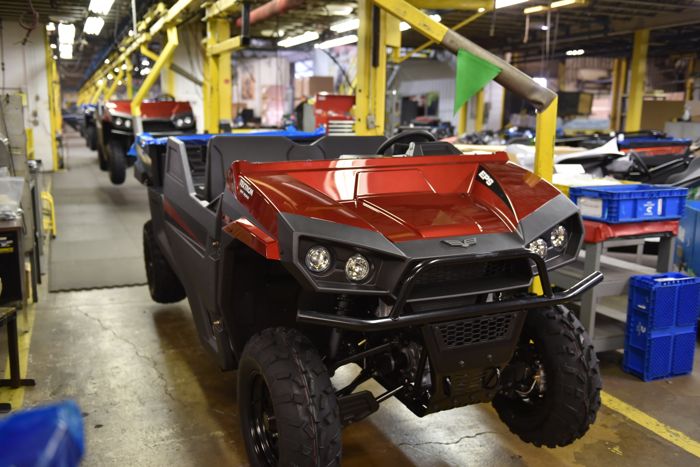 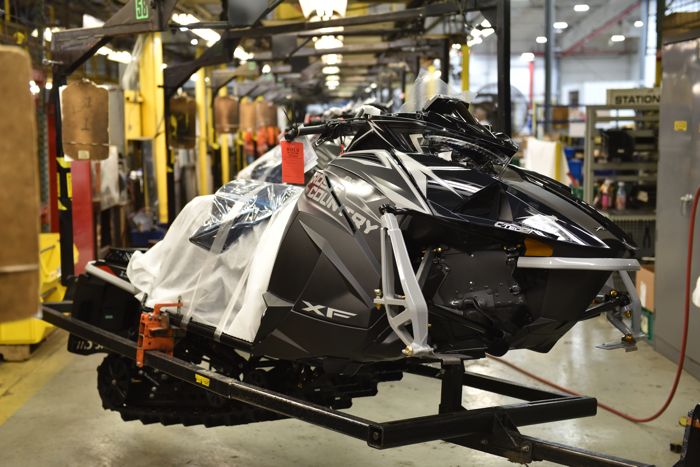